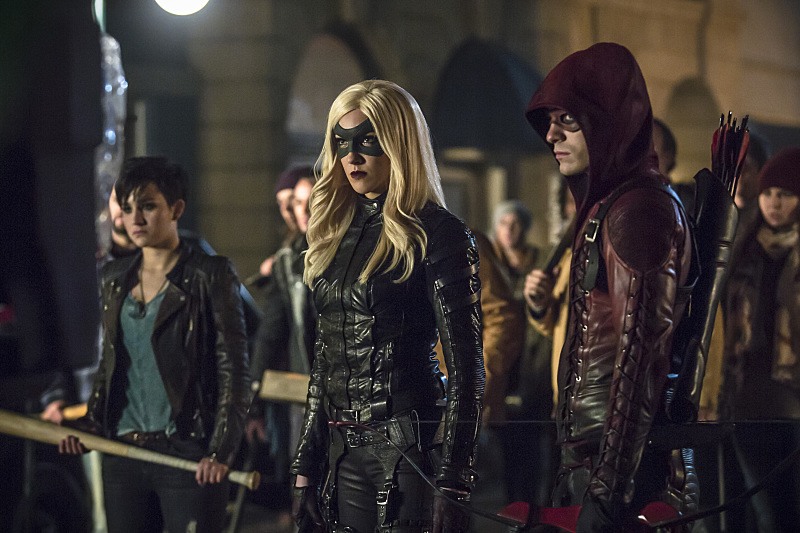 I’m not even going to bullshit y’all. This episode of Arrow wasn’t that exciting. Oliver is still away and trying to come back to Star City so we are focusing on the characters at home. This is a heavily influenced episode with Merlyn for the most part, front and center. We discover what being a killer is to him. I like having Merlyn around because at least we get to see someone still on his “anybody can get it” murda music genre. It’s discovered however that the person that actually killed Merlyn’s wife is Brick and not the person he originally killed. This sends us through flashbacks where we see how Merlyn was a contender for world’s greatest Dad until he got the news one night. The most trying part of these flashbacks is that Merlyn had the Christian Slater Broken Arrow Hair cut back in the day.

Merlyn wants to help Team Arrow take down Brick. The team been doing NO NUMBERS but they are all conflicted on if they should take dude’s help. Felicity does a whole speech on “What Would Ollie Do” and the vote comes down to some soft shit that they on. Diggle tells Merlyn fuck outta here and the answer they come up with is to fight Brick’s army with the residents of Star City. Captain Lance is the first to help out.

We then see Sin, Ted Grant The Golden Gloves Gawd don his Express Jacket and Ski Mask along with the rest of the glades all coming out to get a shot at Brick. This looked so large scale but just didn’t have the same feel as when Slade had the whole city on lock. I felt like I was watching The Warriors and the WWF Royal Rumble.

Merlyn gets the drop on Brick but now Oliver returns to the city and has to talk him down from killing Brick. ….This was so washed, man. I wanted Merlyn to bring the show back to the killer killer shit we knew and love but of course he had to go soft as well. Honestly it’s not even a great return for Oliver. He gave the Glades the most simple speech and just over all… meeeeeeeeeeeeeeeh.

We get another flash back as to how he left and then arrived to be trained under Ra’s Al Ghul. We see how he got his nickname as the magician as well as it was Nyssa Al Ghul who first referred to him by it.

We then learn that Oliver is going to enlist in the aid of Merlyn because in order to beat Ra’s (as Tatsu told him) he must be trained by a student of Ra’s since “Only the student can defeat the master”. This drives a wedge with Felicity since she feels its going against what she believed old Oliver would have done. Yeah man… This episode was truly just meeeeeeeeeeeeeeeeeeeeeeeeeeeeeeeeeeeeeeeeeeh x4 (bonus “it was aight” combo). I hate to say that about Arrow cause I ride for the show but…it is what it is man.