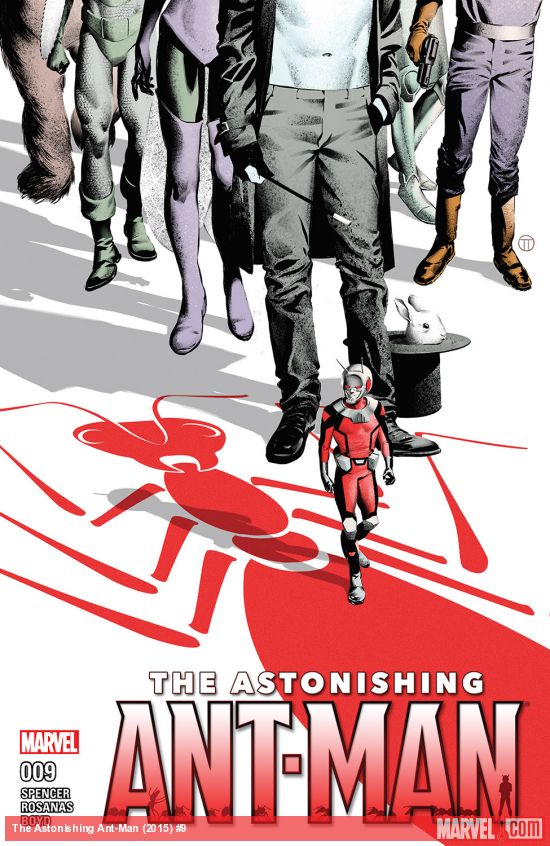 I really feel like this series is so good that I’m physically getting angry typing up reviews because I shouldn’t have to tell you how flame emoji this series is constantly. Nick Spencer is putting Scott Lang on the map. Nick Spencer is making Scott Lang the Everyman Marvel needs, deserves, and been missing. Nick Spencer *looks at Steve Roger’s fandom’s face* oh, oh y’all still mad about the Hail Hydra shit on Steve, huh? Mmmm… Well hey, shrink game Scott Lang ain’t got nothing to do with that. What makes this book so great for Marvel is that Spencer is highlighting obscure characters that haven’t gotten shine and has completely new villains coming into the fold.

Spencer has such a unique talent for making the reader care for characters that most don’t know or that aren’t shit. We know the villains in the group are going to do their own thing and be for themselves but it’s still endearing how they don’t hide that at all. We got Scott leading this caper, but for him it’s a rescue mission to help out with Cassie who (as we saw) is cornered by the Cross family. There are a multitude of hilarious moments this issue as we see Scott’s team interacting with one another. Rosanas is on art and makes every character look unique and carry themselves with a distinctness that’s based on their personality and costumes. 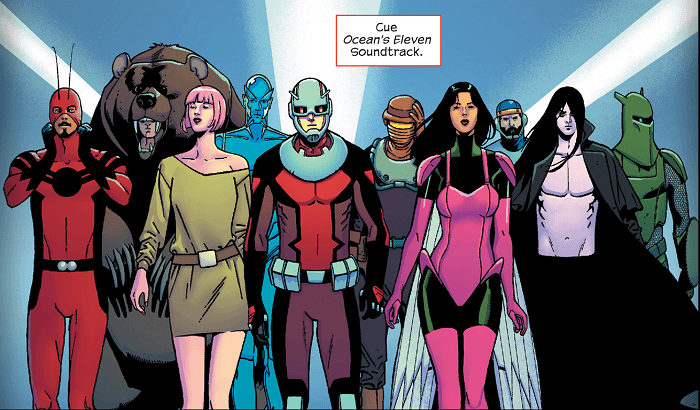 You can’t help but love Rosanas’s art detail, man. He’s able to get the sarcasm and quips from character to character flawlessly. Nick Spencer is such a master of driving this C-string character into an environment that’s not an Avengers-level adventure but still has high stakes nonetheless. We got a street level sci-fi hero here, folks. I’m not even sure if that’s a new genre or been done before, but I am fucking with it.