***While not a conventional recap for BNP as we discuss the impact of each episode, please note there are full spoilers for episode seven, “B.A.N.” ***

William: Nicole, it’s been almost a week and I think I’m ready to talk about it. I think, provided it keeps up the quality, that in just a few episodes that Atlanta might have made the leap and should be considered great by any standard. I think about how The Sopranos (“The Test Dream”) or Breaking Bad (“The Fly”) did this with a very singular setting in reality, but expanded upon that reality in non-linear or rooted in abstract. Atlanta shocked me in that we got this episode so early in its run because if the show was shaky at all, this would’ve been a huge risk. Needless to say, I loved it. I had a few issues here and there, but on the whole, I thought it was a brilliant showing.

Nicole: Will, I’ve just been sitting in front of my TV blinking since last Tuesday night. Atlanta has proven again that it’s willing to take an unflinching look at media and the construction of “reality.” And they took on race and gender identity? They are not playin’ with us.

Before we even get into the structure of the show, I need to just say that what I thought was going to be a Donald Glover vehicle is really generous with the screen time that the rest of the ensemble gets. We’ve barely seen Earn in the last two episodes and I didn’t miss him. The stories were compelling enough (and surreal enough) that the show doesn’t have to lean on him or his presence to thrive. I love that.

William: I couldn’t agree more. I would say that this feels more like a Donald Glover production than a vehicle. And the fact that Brian Tyree Henry as Alfred / Paper Boi might be becoming a star is so fun to watch. His range during this episode was astounding , from defensive, dismissive, combative, frustrated, articulate and hilarious. I don’t think I could have enjoyed his performance any more than I did.

[quote_right]The stories were compelling enough (and surreal enough) that the show doesn’t have to lean on him or his presence to thrive. I love that.[/quote_right]Nicole: And I’m not even going to pretend that I’m not waiting with bated breath for the Darius-centered episode. But if we’re gonna talk about Henry’s performance then we have to dive into the actual episode. But where to start? The commercials? Montague?

William: Let’s save the commercials for the end because there was so, so much there. I was struck by the even-handedness of the conversation between Dr. Deborah Holt and Paper Boi. Paper Boi is clearly not comfortable discussing transgender people at this kind of length and detail, but doesn’t really dip into intolerance or disdain. The line of the conversation has to be “Look, I just don’t think I have to have sex with Caitlyn Jenner cause y’all say so”…I thought that was brilliant display of still encasing Paper Boi’s personality and recognizing the discomfort of his disposition. And still, puts a mirror up to what can be deemed phobic or hateful compared to just not being in praise of something. 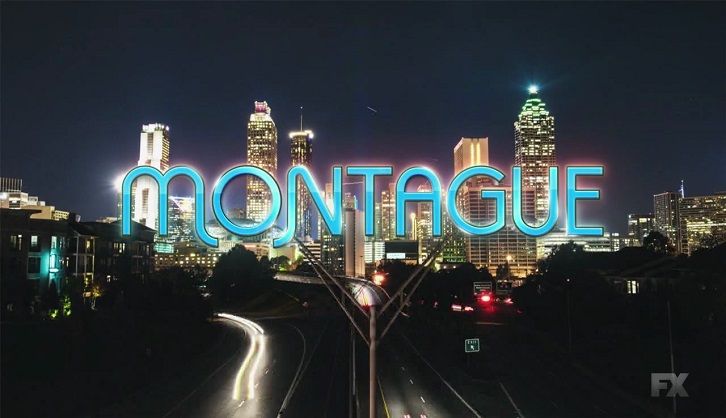 Nicole: I appreciated the distinction he makes early on in the conversation when he says “She’s not super important – to me. Like, not my life.” First, he doesn’t misgender Jenner which is really important to me in terms of the rest of the conversation and secondly he contextualizes his comments. He is absolutely speaking from a place of privilege. If we assume him to be a cis man – and I do – then he’s speaking solidly from a place that does not require trans issue to be important to him. Part of that is racial, right? He has problems of his own as a Black man that take priority over the problems of a woman he’ll likely never know. And when they’re discussing it in terms of specifics – a specific woman – he and the good doctor disagree, but when they move to theory, things are much less contentious.

[quote_left]I thought that was brilliant display of still encasing Paper Boi’s personality and recognizing the discomfort of his disposition. And still, puts a mirror up to what can be deemed phobic or hateful compared to just not being in praise of something.[/quote_left]William: And this is part writing, part acting, the way he perks up when the Doctor then starts speaking about the Black community. A power dynamic shifts there and he becomes much more confident and snarky. The first 5 minutes basically put privilege on a swinging pendulum and let it move from one to the other, dictating who had an authority on which topics and which felt more empowered to do so. It also can’t be lost on us that Paper Boi never felt comfortable talking about the Trans community, but the Doctor feels like an expert on the Black community. There’s a pretty solid statement made there.

Nicole: And the dog whistle language she uses? “A culture” never sounded so much like a slur than when she said it. But what was useful was her delineation of homophobia and masculinity as defined by a specific race and culture, in this case Blackness.

Nicole: “The price on the can, tho.” I was dead. I still am dead. I am typing this from a mausoleum. So the Dodge commercials? Let’s look at this sheer perfection. So they were the only ones that didn’t have an overtly funny line at the end of each segment – like the Arizona ice tea and the malt liquor commercial – but the payoff? Oh my good gotdamn. We’re faced again with the crafting of a persona which we’ve seen before with Zan, Bieber, and Jayde. It’s easy to throw stones at social media use, but the reveal in that last commercial that had that muhfucker buttass naked, divorced, driving in circles, and pretending that everything is okay as he nods at everyone forces the conversation in to the corporeal world where we are all constantly performing which is the perfect compliment to the questions of gender and race performance that the episode asks us.

William: Yeah, plus the nostalgia of what those Dodge commercials really used to look like. I knew once we had a series in that commercials that there was going to be a pay off, but I had no idea how and it was great. There were so many good ones, the Swisher Sweets, the nightlife commercials. But of course, the one that stuck with me was the Coco Crunch-Os. The voice acting, the nostalgia, then of course the turn. When the kid pulls out the phone and starts recording, I absolutely lost my shit. I was done at that point.

Nicole: When I saw my dude from the bus, I sat straight up like a meerkat. I was asking myself if maybe Earn shoulda eaten that sandwich.

William: Nutella and Juice > Gin and Juice for the foreseeable future.

Nicole: This is definitely a watch again episode. So many gems and quotables. At this point, I don’t even have any hopes or expectations for the next episode because I would never have thought to ask for this, but it was everything I wanted. For me, as long as Darius is in the next episode I’m straight. How about you?

William: I am pretty optimistic about the future of the show at this point. Whether it’s a Darius centric episode or just more of what they’ve been doing, I’m up for all of it. The show doesn’t have to prove anything else to me at this point. Barring a major fuck-up, I’m not sure what would throw me off the boat now.