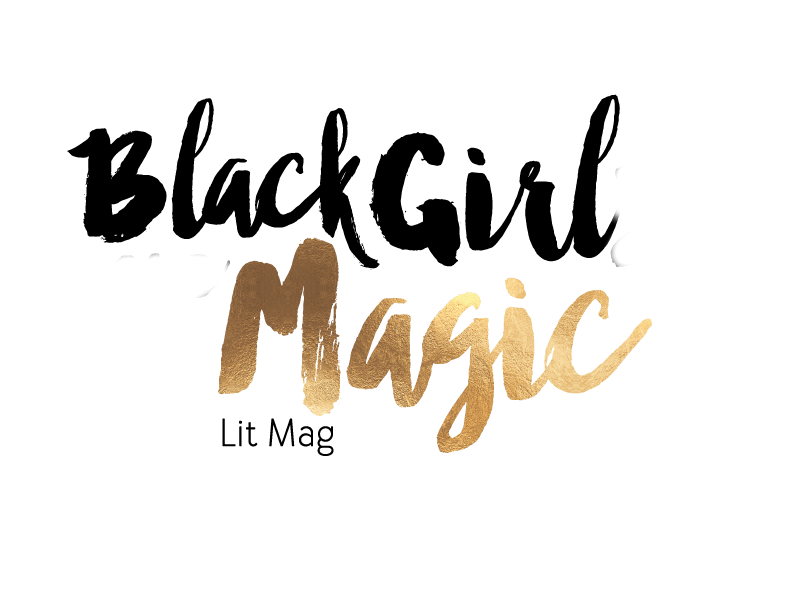 The field of Black Speculative Fiction is blowing up right now, with new publications that feature Black creators joining established journals and book publishers. Together, old and new provide more opportunities for authors to have their short stories given the time and space they deserve. To explore the growth in the industry, we interviewed Kenesha Williams, the founder and Editor-in-Chief of Black Girl Magic Literary Magazine. The magazine addresses the need for diverse, non-majority writers, particularly Black women writers, in speculative fiction. Their 4th issue is available now. We talked about Lemonade, cover art, Zora Neale Hurston, and the Fireside Fiction report.

Black Nerd Problems: What’s your favorite song or scene from Lemonade. And “I prefer Rhianna’s Anti” is a valid answer. Is there a song there that fits to your style of activism?

Kenesha Williams: My favorite song from Lemonade has to be “Don’t Hurt Yourself” with “Freedom” coming in at a very close second, almost a tie. In fact I wrote an article about the song and it’s parallels to Zora Neale Hurston’s short story “Sweat” on Medium, but never hit Publish because I felt like there were so many think pieces out on the album. I had written it a week after the album dropped, after 1 million articles have been written on it and then the Lemonade syllabus came out. I feel like the song, like Hurston’s story, is one about a singular marriage but it’s infused with universal truths about the relationship dynamics between men and women. And like the song, the woman Delia in “Sweat” is also a woman that can take a care of herself in a financial sense and doesn’t need a man for her survival. I think the idea of a woman having her own agency is both revolutionary and necessary.

BNP: What was the 1st piece of media that reinforced your own personal Black Girl Magic?

KW: I would say the first piece of media that reinforced my own personal Black Girl Magic had to be Alice Walker’s book The Temple of my Familiar. It was the first piece of adult spec fiction I’d ever read and the character of Miss Lissie, who was an ancient goddess who’d been reincarnated hundreds of times, was a revelation to me. This book taught me history in a way that no history class ever taught me and the character was once again a woman who had her own agency. The other main character of the book was a young woman named Fanny who finds herself by listening to her dreams, and journeys back to Africa to meet the descendants of her ancestors. It was one of the first books I read that spoke of women who look like me and had them doing fantastic and important things.

BNP: Which short story, any time period, do you wish you had published in your magazine?

KW: This is a hard question because I’m such a fan of Zora Neal Hurston so I would definitely want to publish one of her folktales, but my favorite contemporary spec fic author is Tananarive Due and in her latest book of short stories, Ghost Summer, there is a story entitled “Summer” that I absolutely love. It’s essentially a changeling story about a woman who has a difficult baby who is then inhabited by a spirit (we don’t really know if it’s malevolent or a benevolent) but it’s temperament is better than the actual baby’s temperament and so the woman takes her time in getting her real baby back. As a mother, there are definitely times when you wish that you could trade out your child, because they’re acting out, for a more well behaved one so this story struck a maternal chord with me. LOL!

BNP: Yea, I can totally relate to that!
How important was the cover art of the magazine to completing the vision?

KW: The cover art was very important for the first issue. I specifically sought out a Black female artist whose work I really admired. Racheal Scotland is fabulous and we collaborated on what we wanted the cover to look like. I let her basically run with the fact that I wanted it to be a representation of a literally magical black girl/woman and what she came up with was breathtaking. 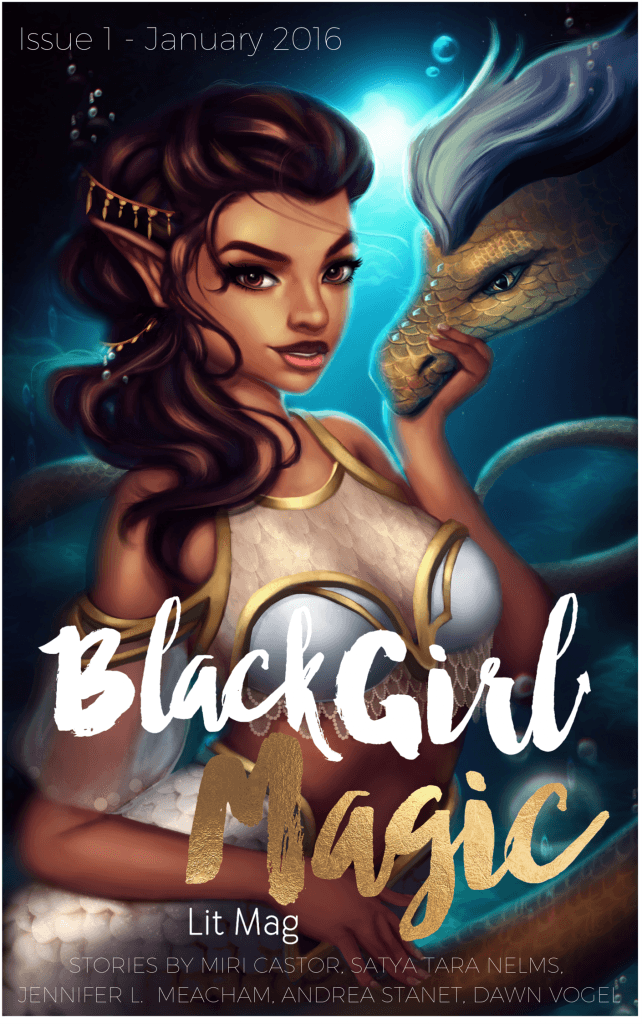 BNP: How’d you pull your team (Tiara Jante and Kortney Hinton) together?

KW: I pulled my team together through social media basically. I only knew Tiara from some commentary that she had on speculative fiction. I knew she was a writer and wrote in that genre and we instantly clicked, it must’ve been the Libra in us. Kortney was recommended by my best friend and they had connected online through being NaNoWriMo (National Novel Writing Month) regional leaders and they’re both (my BFF & Kortney) Black female photographers. We’re all social media savvy and somewhat introverted with similar tastes in literature so it worked out great.

BNP: You’re four issues in. Have you been getting the kinds of submissions you expected? Has any trend surprised you?

KW: The submissions we’ve been getting in have been widely varied, but I will say that I’ve gotten in more fantasy genre submissions than I originally thought we would, which shows that there is a strong interest in fantasy by Black writers and readers that publishing is ignoring. I thought we’d get a lot more horror, sci-fi, and magical realism, more so than fantasy. However, I’d like to see more science fiction submissions come in and I might dedicate a future issue just to Sci-Fi.

I’m really happy to see all of the fantasy submissions though because personally I’m a big urban fantasy fan and there are very little (even in indie publishing) urban fantasy series featuring & written by Black women. The ones I know of are written by Lori Titus, Nicole Kurtz, Valjeanne Jeffers, Constance Burris, and Kyoko M. So we are out there, but I don’t think we get the kind of spotlight & shine that other urban fantasy Authors get.

BNP: If you could scream a message out to people who might submit short stories to you for publication, what would it be?

KW: If I could scream a message out to would-be submitters, I would say don’t be afraid to submit and don’t be afraid of rejection because sometimes rejection notices aren’t because the story wasn’t good it’s just that as a paying market there’s only so many stories I can accept for each issue. I wish I could accept more, so don’t let a rejection get you down, and don’t let it stop you from re-submitting your work either to us or another literary magazine.

BNP: Let’s talk the Fireside Fiction State of Black Spec Fic report. I’m sure you weren’t surprised by the outcomes. Did it make you feel vindicated in your work? Or just exhausted?

KW: When I saw the Fireside report I definitely wasn’t surprised and it was one of the reasons why I started Black Girl Magic Lit Mag in the first place, because I’m a reader of literary magazines and when I would read the stories and then read about the authors, people that looked like me were few and far between. I do feel vindicated because of the report and I’m happy to be a literary magazine that supports and publishes Black authors.

I’m also really excited because I think the report also spurred other people to take action because obviously there’s a void that needs to be filled and I’m really excited to see what the new Black spec fic literary magazine, Fiyah, will have in their first issue. I think it’s a great time for Black creatives to put their collective forces together and fill the void that’s been created through purposeful neglect by majority entities. I can see by the success of the Luke Cage series on Netflix that Black people are craving entertainment that is reflective of them. I just hope that we support creatives that look like us bringing projects out the same way we support Marvel or other established organizations.

BNP: What you do is already part of the solution. What’s your next big step to continue to expand the field of Black Spec Fic for Black Women?

KW: I think my next big step to continue to expand the field of Black spec fiction for Black women is to collaborate more with other Black women in the field. One strategy that a lot of independent authors are using right now to crack the New York Times bestseller list is to do a big boxed set e-book that compiles several e-books by authors in the same genre. They do a big marketing push and set it at a low price as an introduction for readers to these authors but also selling record numbers so that each author in the set can become a NYT best-selling author. I’d like to do something like that for Black female speculative fiction authors. 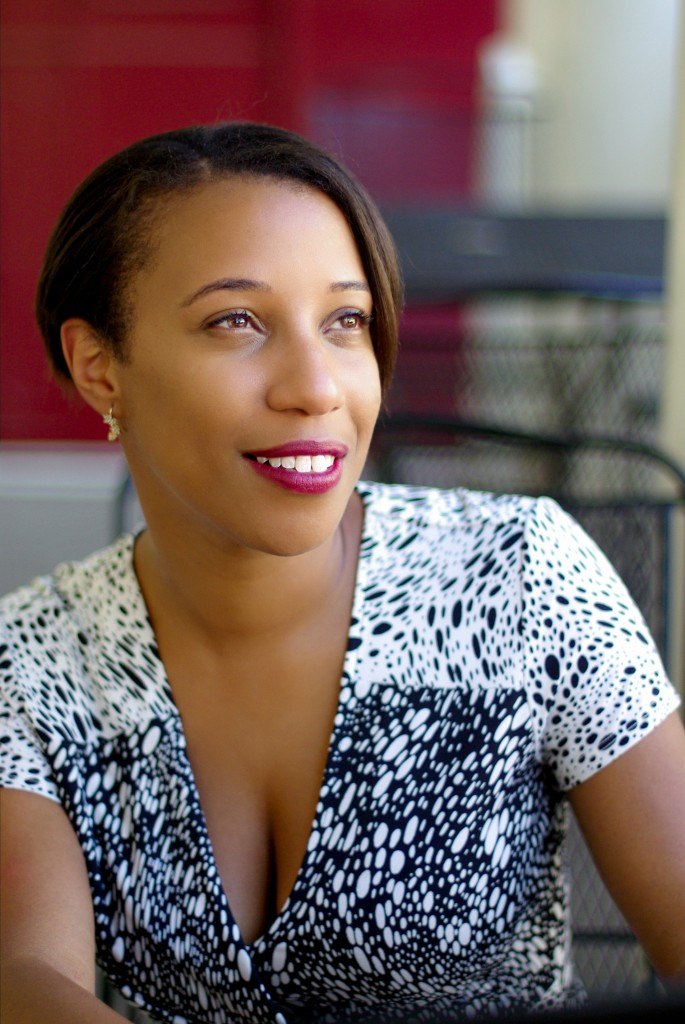 Thanks to Kenesha for giving BNP her time! Now go on over to their site, Black Girl Magic Literary Magazine, and support Black creators and producers by picking up Issue #4. You might just find your next favorite author. We’re looking forward to it!