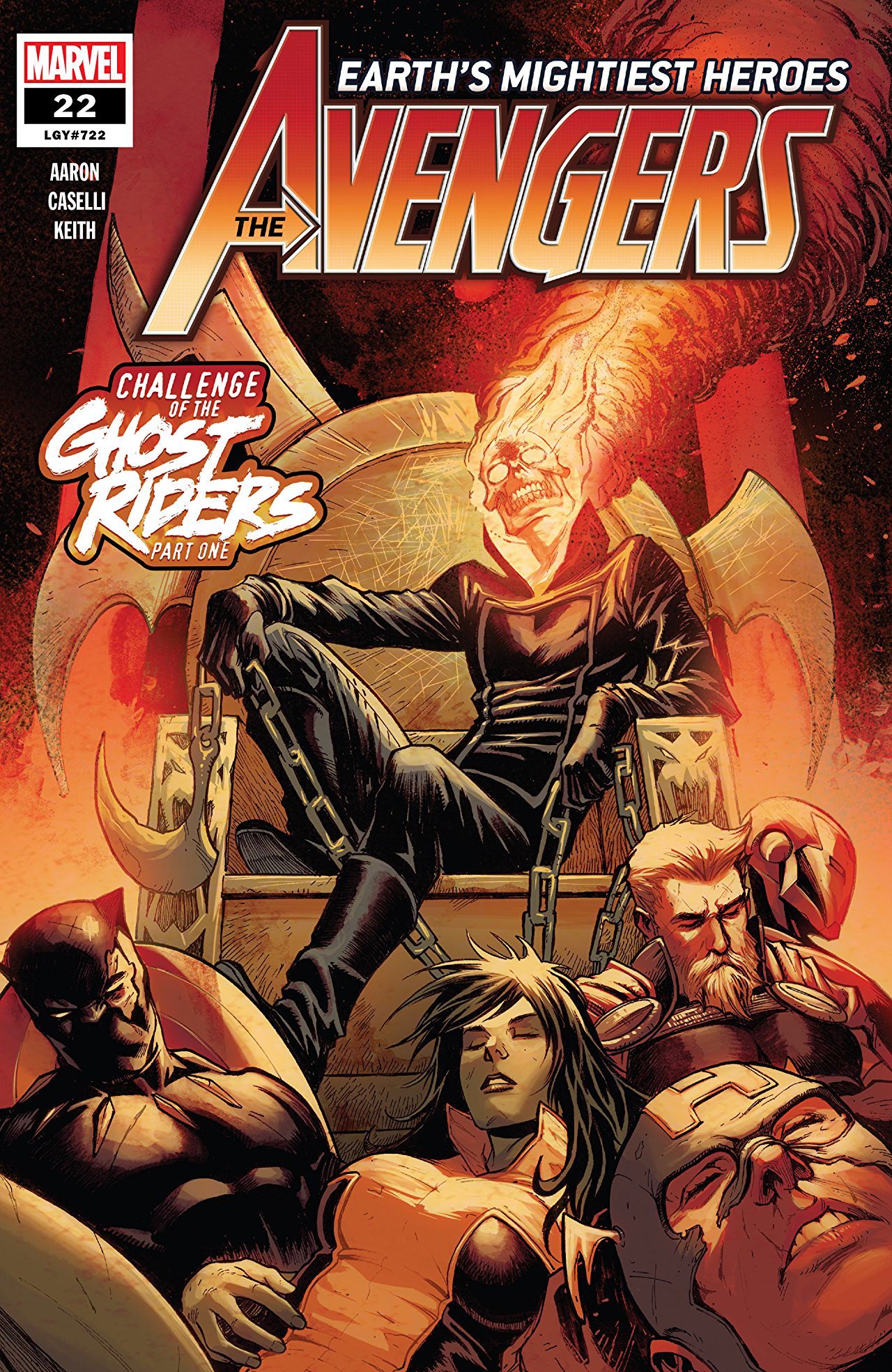 To start out, the new Ghost Rider, Robbie Reyes, has reached a breaking point with the Spirit of Vengeance after a voice sounding surprisingly like Rob Zombie in “Black Sunshine” causes his car to go out of control while his beloved little brother is in the passenger seat. Robbie turns to Black Panther for help, who then turns to the Avengers. The Avengers bring in a consultant with expertise in the occult.

Aaron brings in one of my favorite creative tools during a supernatural story. Instead of a confusing, supernatural conflict with hard to understand rules we get a magical version of a simple contest. In this case, it’ll be a race between Ghost Riders. That’s going to rock. I’ve never been a huge Ghost Rider fan and I really don’t like his redesign. What I do like, though, is Reyes’ role in this set of Avengers. Where everybody else is a seasoned superhero veteran, Ghost Rider is greener than She-Hulk. It’s cute hearing him call Black Panther, “Mr. Chairman” because I know for a fact that I would do the same thing. 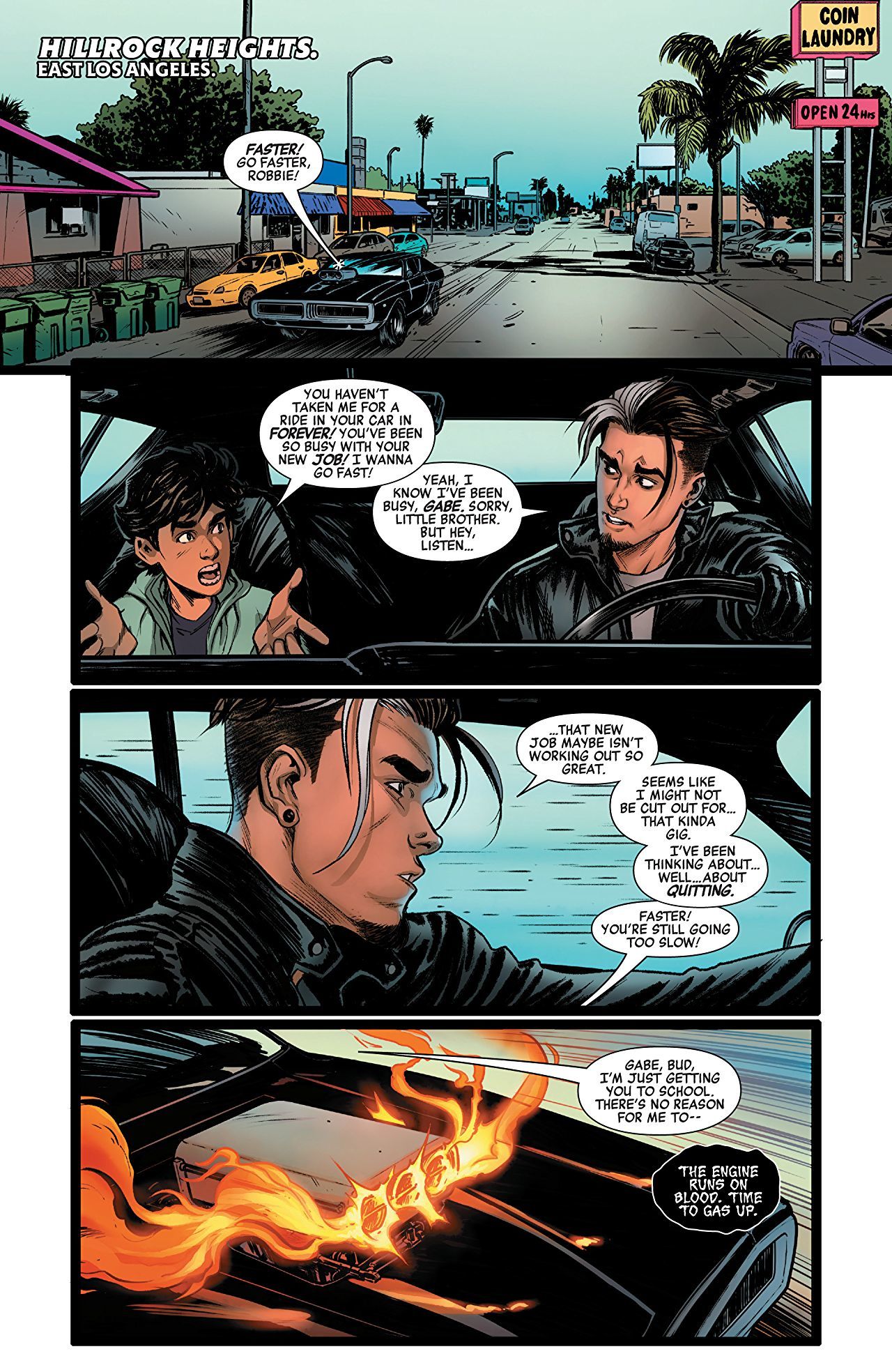 Let’s not forget that the subplot of the book leans into the idea of “Ancient Avengers.” I’m a big fan of the stage Jason Aaron has set in 22 issues. Between the Ancient Avengers, Ghost Rider: King of Hell, Dracula’s gang, the Russians, Namor, and the Squadron Supreme, it’s insane how he was able to do it. Caselli has proven to be a solid follow up to Ed McGuinness. This issue was an improvement on last month’s. The characters were clean and crisp, even when the shots are panned out. The scenes with Ghost Rider’s car spewing flames are dynamic and exciting. Stefano Caselli is with us through this Ghost Rider story so we’ll be sure to get plenty more impressive art.