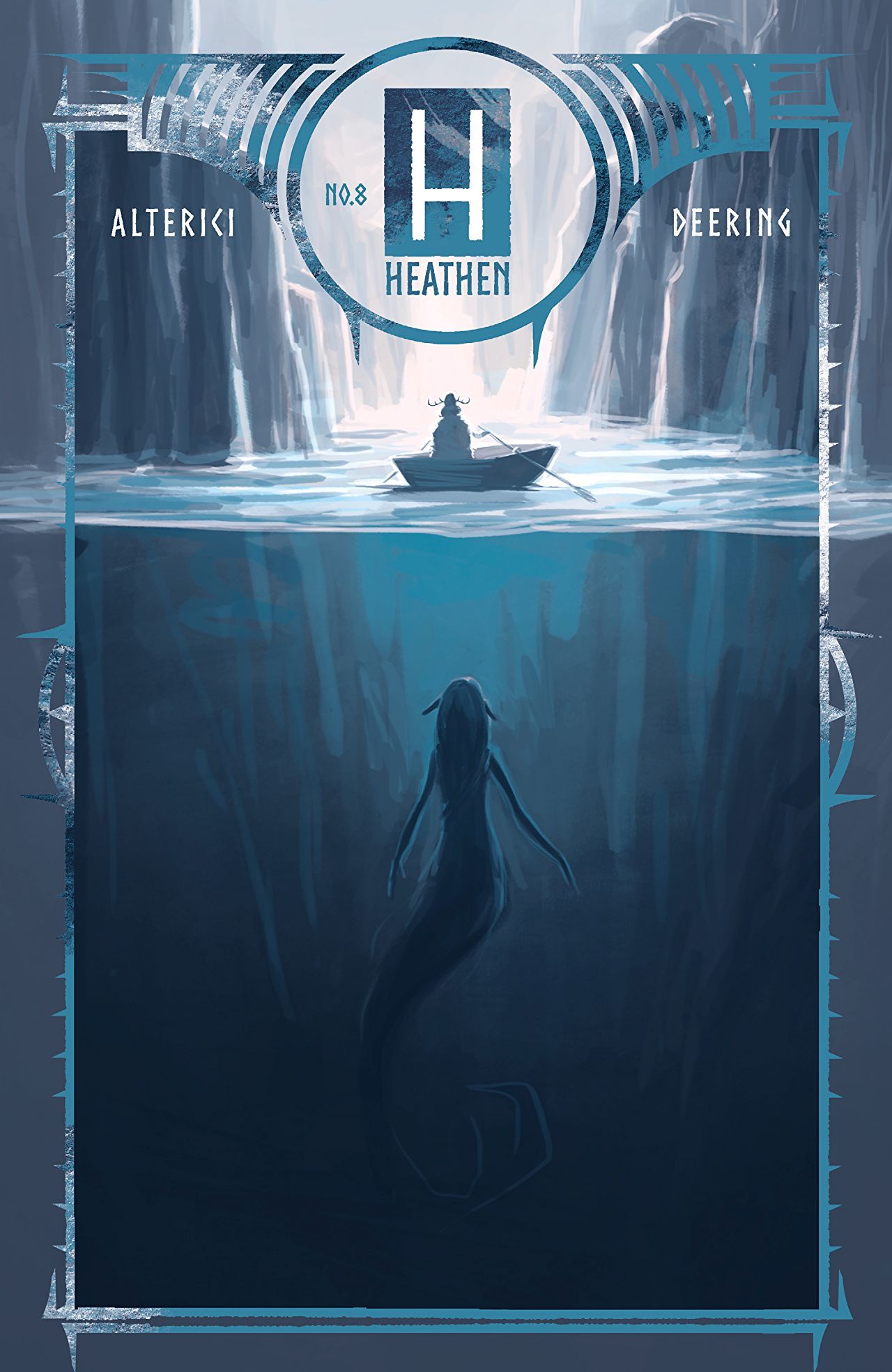 Readers of Heathen are fortunate: two issues in one month! For this chapter, Alterici turns the angst up to ten and sets the stage for big action next time.

At the end of Issue #7, Aydis is on the deck of the ship that has become a refuge. Dahia, her first reciprocated lesbian kiss, lies next to her. One of the mermaids that Aydis has been bribing with apples to lead them to Odin has turned on her for a better by-off. She gives her notice by biting off Dahia’s leg and leaving her to bleed out. The loss for Aydis as she’s forced to abandon ship is heartbreaking. How many times will Aydis be forced to flee her safe haven? Followers of Heathens knew it wouldn’t last, no matter how much we liked the anti-slavery pirate crew. 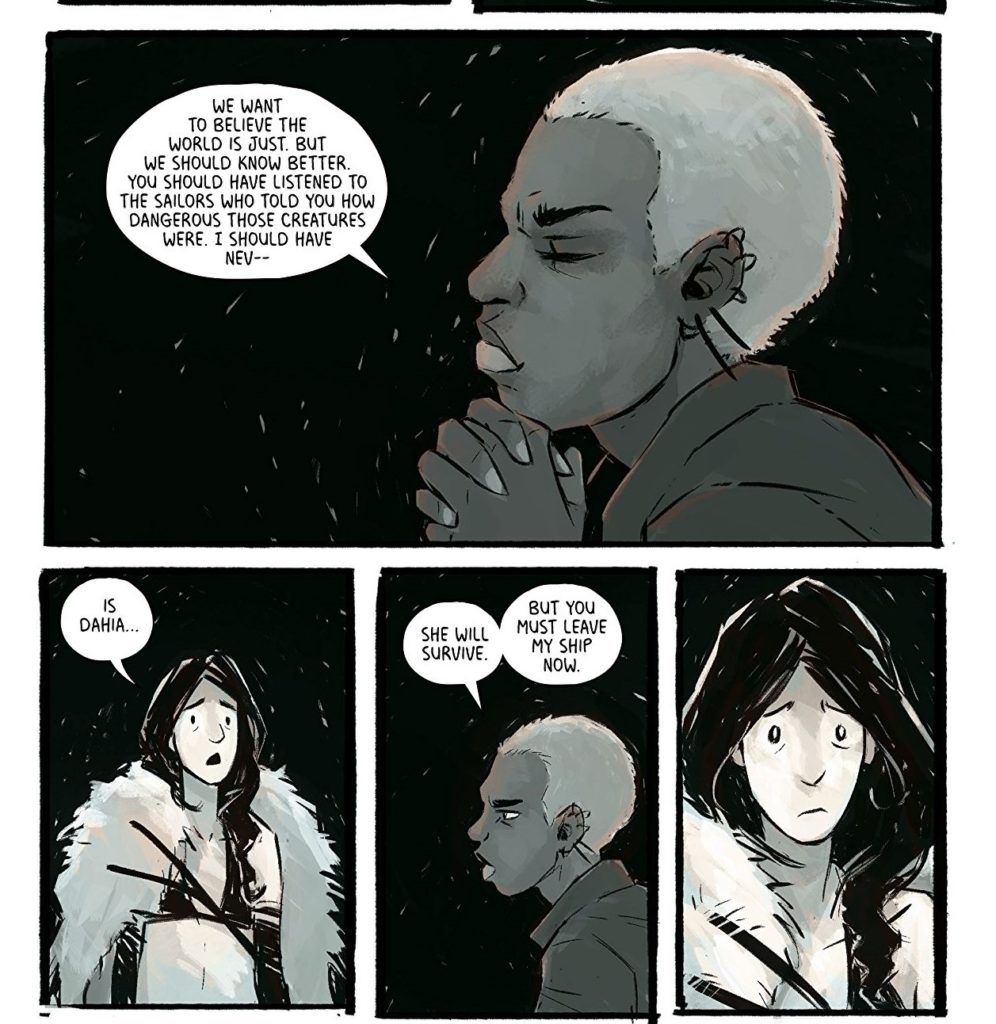 What continues to surprise, almost to the point of incredulity, is Aydis’ willingness to trust people. Even in this setting and how she’s been treated, Aydis never doubts a person’s (or creature’s) first impression. If she doesn’t become more more cynical, perhaps that’s part of the point. For some people, faith in themselves and their quest extends to faith in other people…sometimes to their own detriment.

Meanwhile, Brynhild and Sigurd have met up with Freya in the remains of the Valkyrie’s castle. Odin’s revenge has been brutal and complete, leaving Freya alone with her guilt. Will the three of them — the “adults” to Aydis’ wide-eyed optimism — be able to get themselves together to face down Odin’s next challenge?

There’s not a lot of action in this issue, but plenty of set-up. Odin has been waiting for a long time, and now he’s on the move.

This is the last issue for which Alterici will be both writer and artist — Ashley Woods is taking over the art on the next few issues. With a style as unique as Alterici’ and as integral to the book, I would usually be concerned. However, Woods’s work on Niobe: She Is Life is just as atmospheric, so I’ll take Aydis’ example and have some faith. Besides, Woods’ posts to Twitter of her practice sketches are super good.

More of my sketches for #HEATHEN along with reference images I used from the comic. Issue #7 drops today in stores! #TheGodsWillPay @thevaultcomics @Alterici @Ashes_Art pic.twitter.com/doG4ArHR7L

Reading Heathen from Vault Comics? Find BNP’s other reviews of the series here.