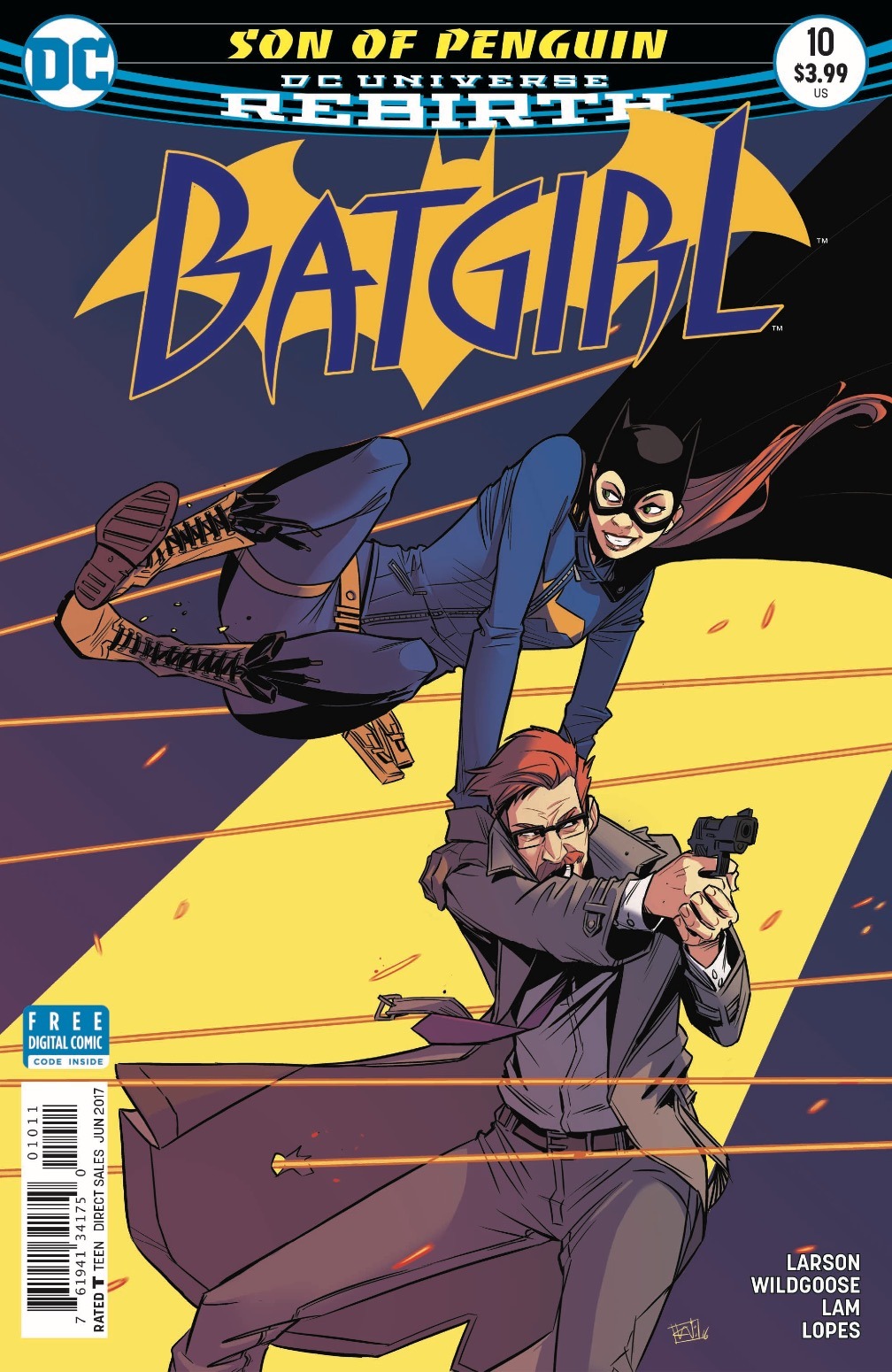 That cover. If Batgirl #9 didn’t set your expectations for a fun “Son of Penguin” part 4, Chris Wildgoose’s cover of Babs leaping over Gordon as he returns gunfire should do the trick. The cover, unfortunately, is false advertising of the pages within, as Batgirl #10 is a rather scrambled issue that pulls closer the story elements introduced in the previous 3 issues: Ethan’s personal relationship with Babs, Batgirl’s investigation of his company Vicform, and now, how the Penguin fits into it all.

While they all do tie together, their convergence in a single issue feels a bit choppy and rushed Babs running from one issue to the next as her personal and professional-hero lives collide. The issue is most successful in its readability though, not from this place in the story, but scene perspectives, expressions, and panel layouts that capture everything from how technology is being used to Babs’ emotional state as she travels around with nothing but her inner thoughts atop the backdrop of the city. A brief scene of Batgirl donning her costume is particularly badass and one would’ve hoped it had been saved for a more climactic moment than anything this story is meant to provide; nonetheless, those scenes are fun to read as a supplement to the stronger allure of Babs’ personality and relationships with her friends.

Overall, Batgirl #10 serves its purpose in moving the plot along, but an overemphasis on Babs and Ethan’s relationship, along with Babs’ friends’ relationships, makes for a crowded issue with attention spread in too many places for any of them to be particularly strong. The Penguin’s involvement adds more comedy than expected though, and his dismissive, resentful view of his son should make for an interesting role as Batgirl tries to shut Ethan down. And that dynamic is something to look forward to.