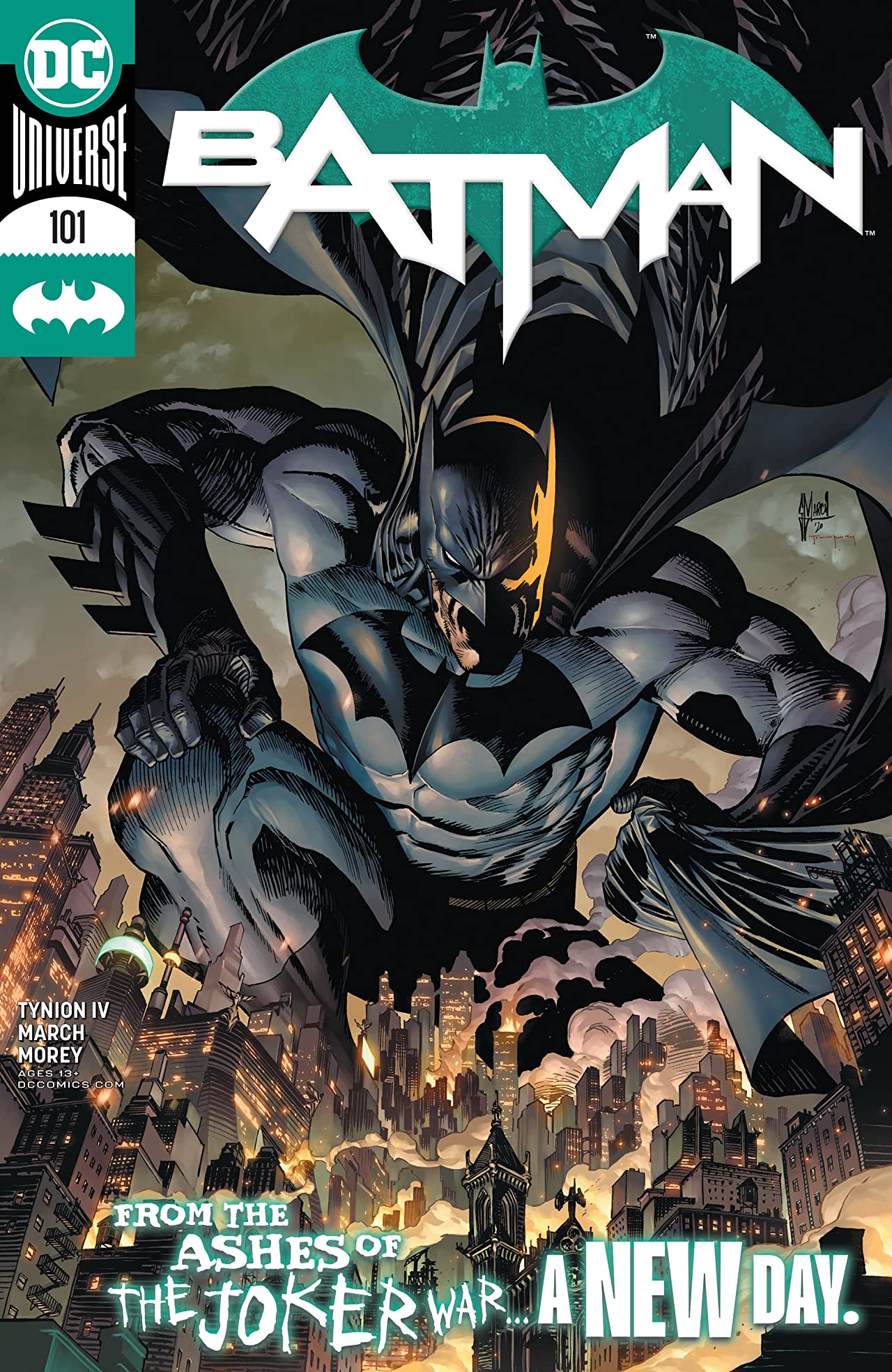 It’s a new day in Gotham.

In the aftermath of Joker War, the sun is actually shining in Gotham City. And even though Joker escaped his almost destined demise, things are looking up for one for Batman and his extended family.

That’s where the Joker kind of won in his fight against Bruce. He knows that the world is chaos and that the people in power are corrupt and don’t actually care about the little people. Even Batman. His crusade has always leaned more onto the personal side. He wants vengeance. But he hides that behind heroism.

Now that Brucey Boy no longer has money, he’s going to have to operate on a different level. He’s moving to the city, living amongst the people he’s fighting for, and he’s going back to a DIY mindset like he had in the Year One era.

In short, my mans has big Cory Booker energy. Living with the people. Not getting on a soapbox and preaching from his mansion. That’s pretty dope if you ask me. And it’s a bold move.

So is keeping Alfred dead. Changes like these need to happen in comics for it to stay interesting and for things to feel fluid. I commend Tynion for making and keeping these changes. I just hope they can stick in the long run.

March’s interpretation of Batman reminds me of the animated series version. And we all know that’s the best Caped Crusader there is, so there are no complaints from me there.

Batman #101 signals a new era for the Caped Crusader and Gotham as Bruce Wayne grapples with how to change his approach to protecting the city.