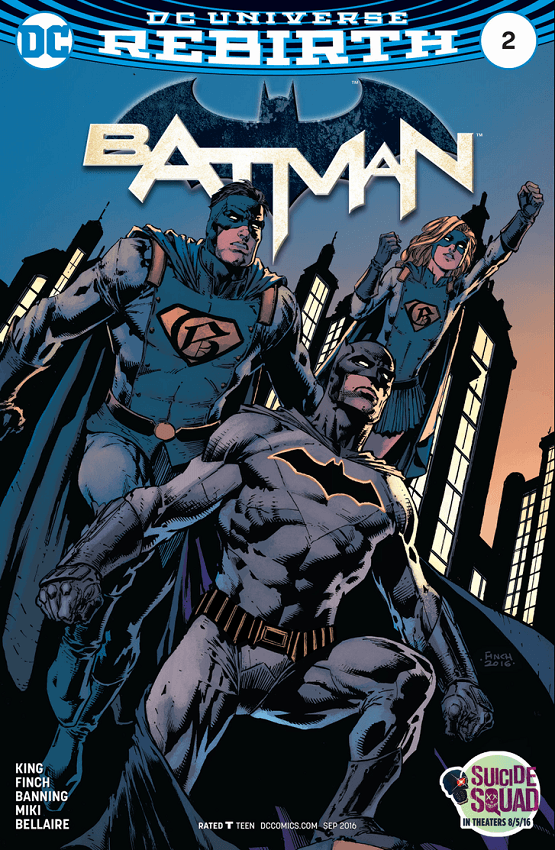 Tom King’s done what he needed to do as far as introducing his Batman in issue #1. Issue #2 sees the plot begin to show the kind of deeply rooted mystery only the Great Detective can solve that’s sure to come with plenty of twists and turns.

This issue begins the re-introduction of Batman’s rogue’s gallery of villains that happens with every reboot/retelling. To start us off, we get Solomon Grundy basically destroying the statue of liberty against two of Gotham’s new pseudo-Supermen, Gotham and Gotham Girl. Just when they start to lose control of the situation, Batman hits the scene to make sure things don’t get out of hand and offers the rookies some wisdom. If nothing else, Batman has always been a teacher. 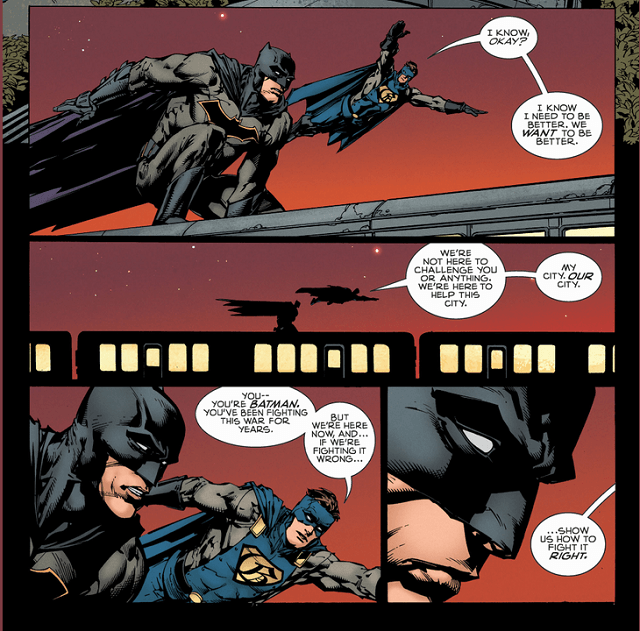 While the vote was already out on these two new super-powered allies, suspicions were raised even more this issue as Gotham seemed to really lose his composure when Batman pulled his unmatched disappearing act. If he isn’t already a villain or anti-hero in waiting, what may push him there is crumbling under the pressure of Batman’s legacy.

Only note? More Duke Thomas. Please. He won’t be the next Robin but he could very well become an amazing here in his own right and following his adventures in We Are Robin makes him a certifiable fan favorite.

8 Brooding Superheroes out of 10