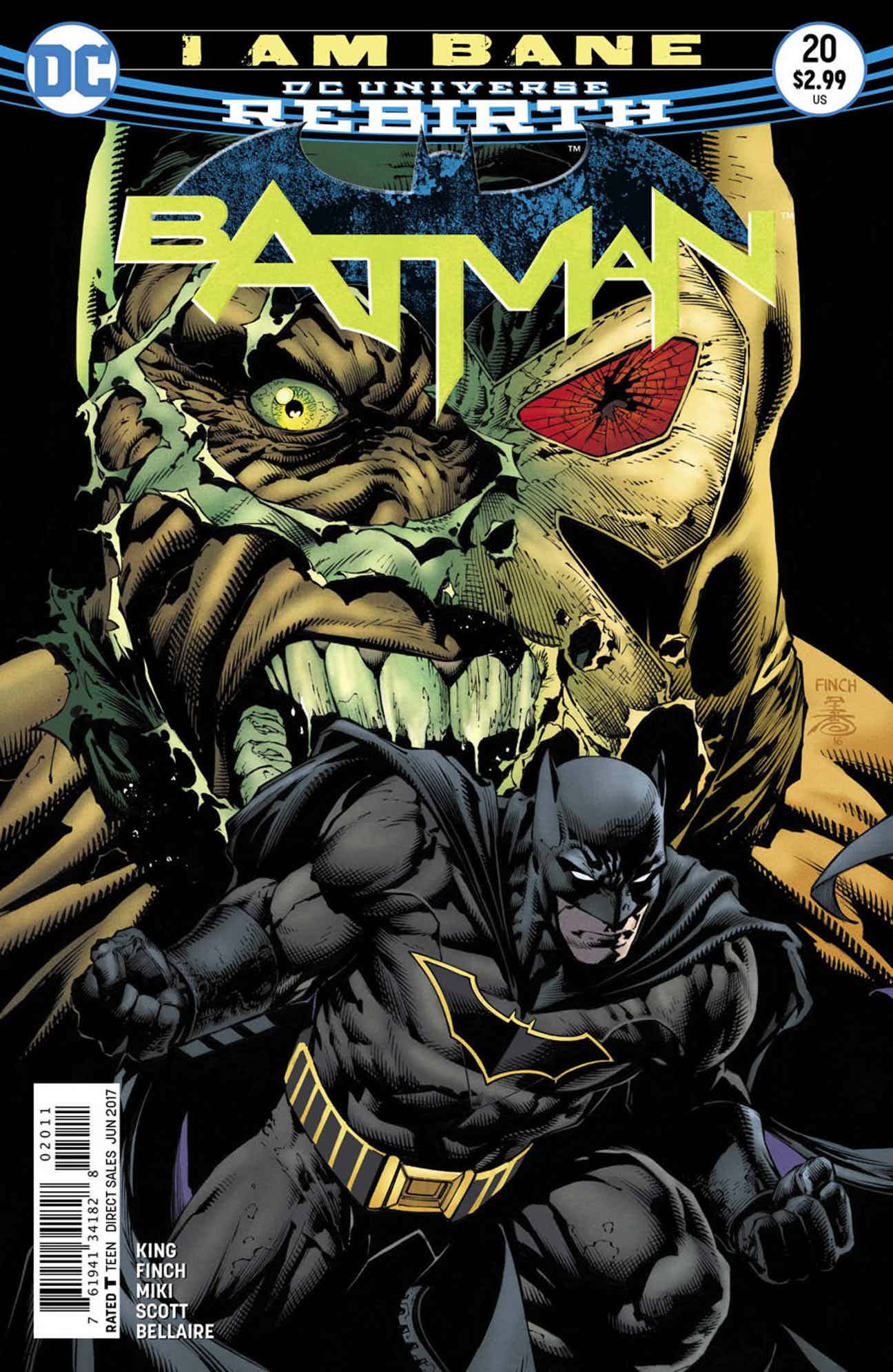 Tom King and David Finch have spent the past few months focusing on Batman’s rivalry with one of his most dangerous foes in a story arc entitled “I Am Bane.” Issue #20 of Batman brings that duel for the ages to a bloody close and brings much more to the surface about who these men are than expected.

Throughout the earlier parts of this story, emphasis was placed on the surprising similarities between Bruce Wayne and the man who would go on to be known as Bane. They both lost parents at a very young age, pushed through much more physical and emotional trams and went through years of training to reach their respective goals. But the similarities have to end somewhere, or else Bane would’ve just become another Batman, right? Those differences are placed under a microscope in issue #20.

If this story arc accomplished one thing, it showed what a sense of invincibility can do to a person’s ego. Batman’s life has been put in danger thousands of times. Mostly due to his own choices. This would understandably make one feel as if they could beat death at every turn. However, unlike Bane, Bruce Wayne is fully aware that he’s still a human at the end of the day, albeit one who’s at the pinnacle of strength and intelligence. Meanwhile, Bane suffers from a clear diagnosis of hubris. 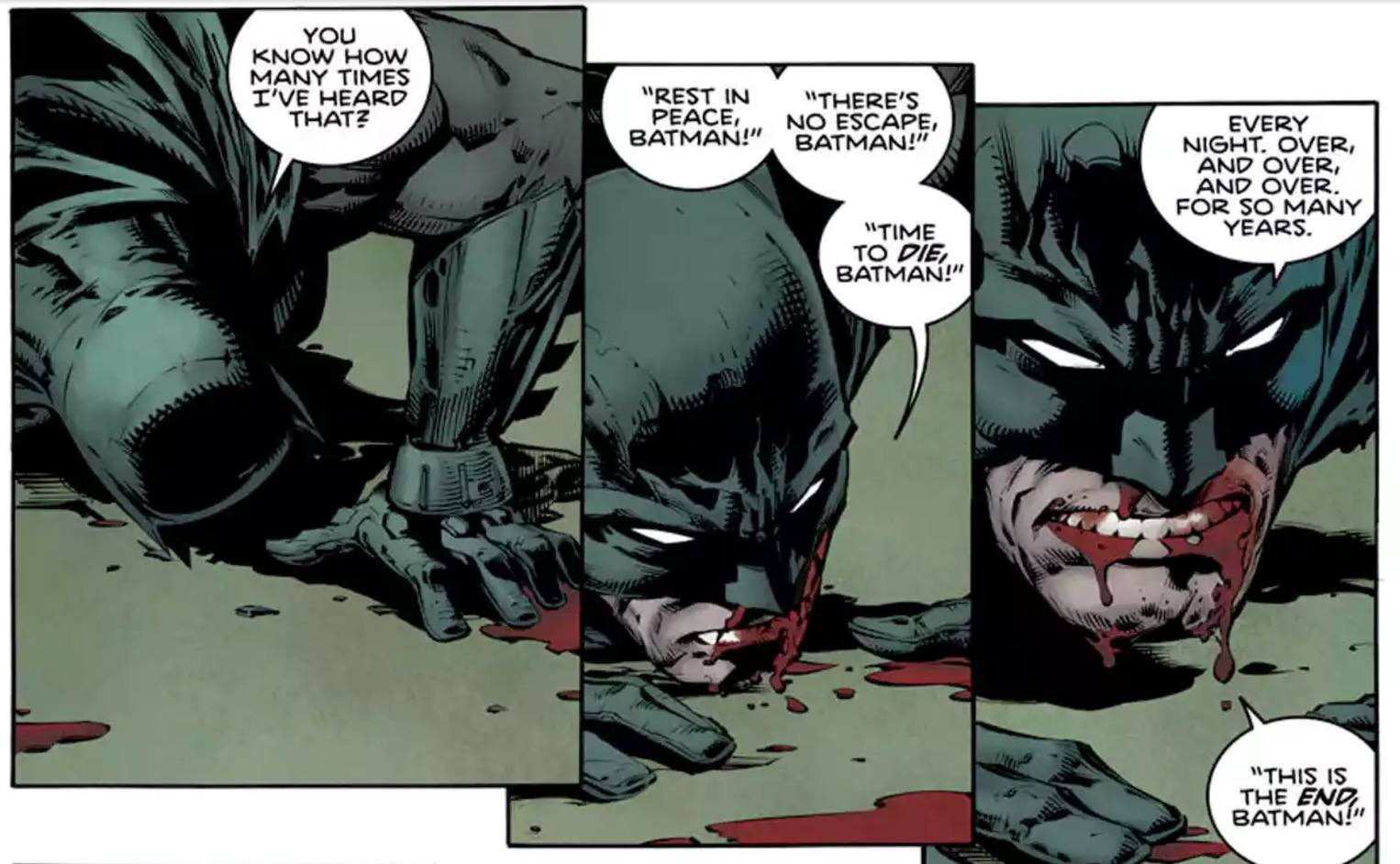 As the final story in the saga, issue #20 spent a lot of time recapping what brought us to this point, going all the way back to the introduction of Gotham and Gotham Girl in the first issues of King’s run. With the added perspective of hindsight and an all-knowing narrator, this recap works well and doesn’t slow down the story or feel like a waste of pages as recaps often do.

Coming up for King’s run on the series is a story that should make any Batman fan anxious. King took to Twitter to release the title and cover art for The War of Jokes and Riddles. A “story of the past that will shape the future of the DCU.” But, first, it looks like we may dive deep into Rebirth in the next couple of issues as Batman discovers The Comedian’s blood-stained button.

Final note: “You don’t see the impossible — you see the impossibility no one else sees.” King may delivered the best damn line of the arc in this latest issue as he perfectly summarizes what makes Batman so extraordinary as a character. This is the kind of observation that only comes after truly getting to know a character.