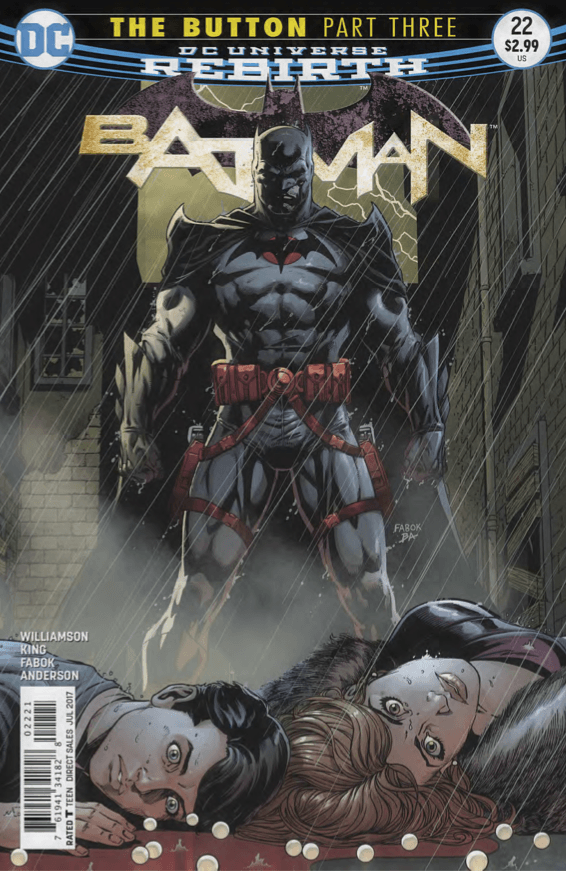 There’s no telling where Rebirth will go moving forward. In issue #22 of Batman, we find that the world from Flashpoint didn’t actually disappear as expected when Barry Allen set things right. Instead, the separate timeline continued to exist, which took a major toll on Thomas Wayne who believed he was sacrificing himself in exchange for his son.

The issue starts with a quick summary of what happened after Flash left, with Aquaman and Wonder Woman joining forces specifically to kill him. While a group of Atlantean and Themysciran soldiers are kicking in the door to Wayne Manor, Thomas is on the verge of setting the whole estate ablaze when Flash and Batman suddenly appear and we get a long-awaited reunion between father and son. 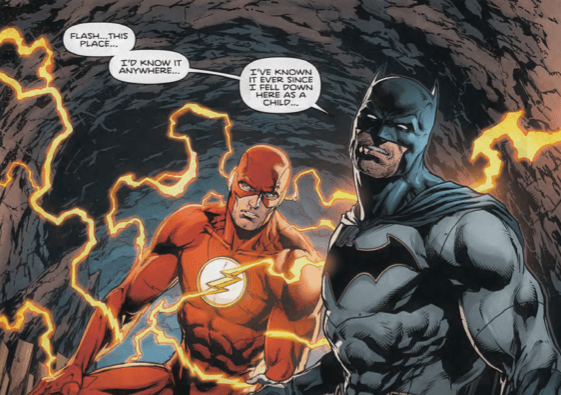 Bruce and Thomas are both at a clear loss for words seeing each other much older than they remember. Before they can break the ice and say everything they’ve wanted to for years, they have to turn and fight while Flash repairs the cosmic treadmill.

Fortunately, the two don’t get much time to talk and are forced to fight, which leads to more natural communication for the two anyway. There were only a few moments to speak, so they made their actions and words count.

[Side note: Batman knocking a gun out of his dad’s hand before a fight perfectly sums up all of the Second Amendment debates you’ve ever had with a family member.]

The Wayne reunion was handled really well by the Williamson-King team-up. Their writing styles compliment each other as much as the characters’ personalities do. While Flash’s ramblings can sometimes seem a bit all-over-the-place, he was mostly in the background here while the real action is on the forefront. The same goes for Batman often having half an issue of internal monologue instead of actually, you know, talking to people. 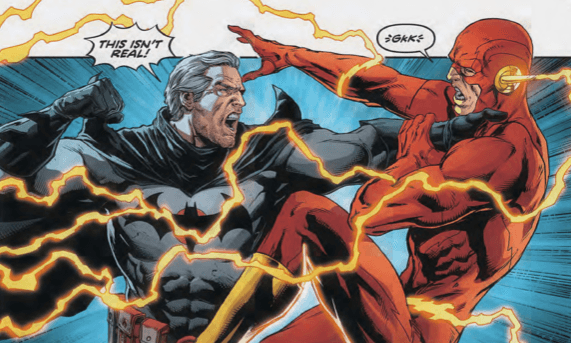 If I had to point out anything I didn’t like about this issue it would be the decision to make Bruce not be able to look his father in the eye at first. After spending his entire adult life wishing he could take back his death, I’d expect him to look at nothing else, better yet find the time to blink. Even more importantly: Why couldn’t Thomas come? I mean, I get it as far as storytelling goes. But in the moment I couldn’t find a single reason why he’d rather die than to at least try and live into old age with a family.

Score 8.7 out of 10
Reading Batman? Find BNP’s other reviews of the series here.