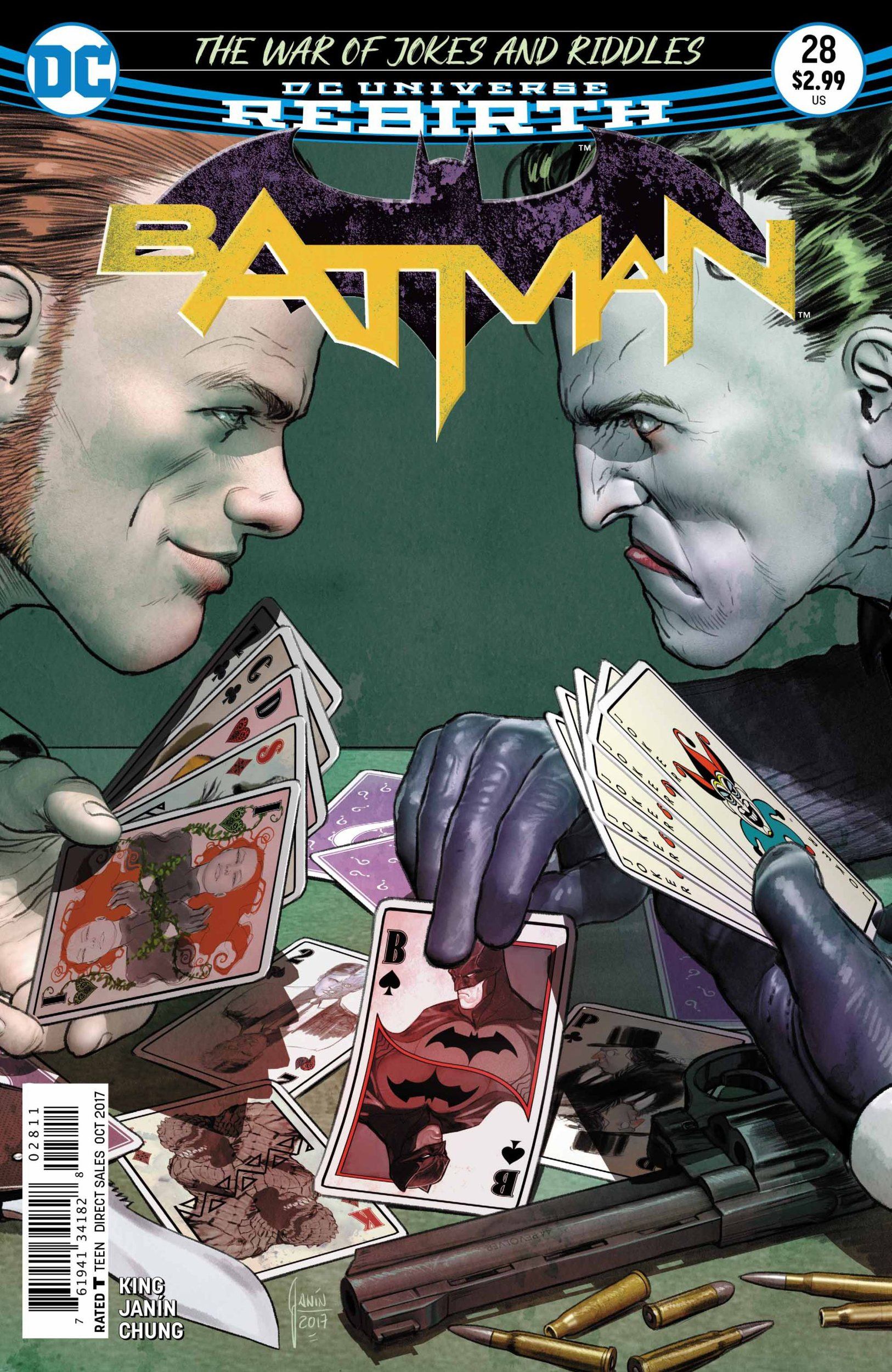 First and foremost, woah. That five-day battle between Deadshot and Deathstroke is something for the history books. A miniseries needs to be made just about those two going head-to-head. And if one already exists, I apologize for my ignorance and please send me a link. Now, for the overall review of Batman #28.

After seeing the chaos of the War of Jokes and Riddles I find myself wondering, how in the hell is Gotham still standing after all of this chaos? Bruce Wayne is telling this story with the benefit of 20/20 hindsight in the present day as if two of his biggest foes didn’t recruit every single one of his other biggest foes and led repeated battles in the middle of the city for days on end. Over 100 people died just because of two villains fighting like Spike Spiegel and Vicious with no regard for bystanders’ safety. So what about the other couple dozen foot soldiers skirmishes? 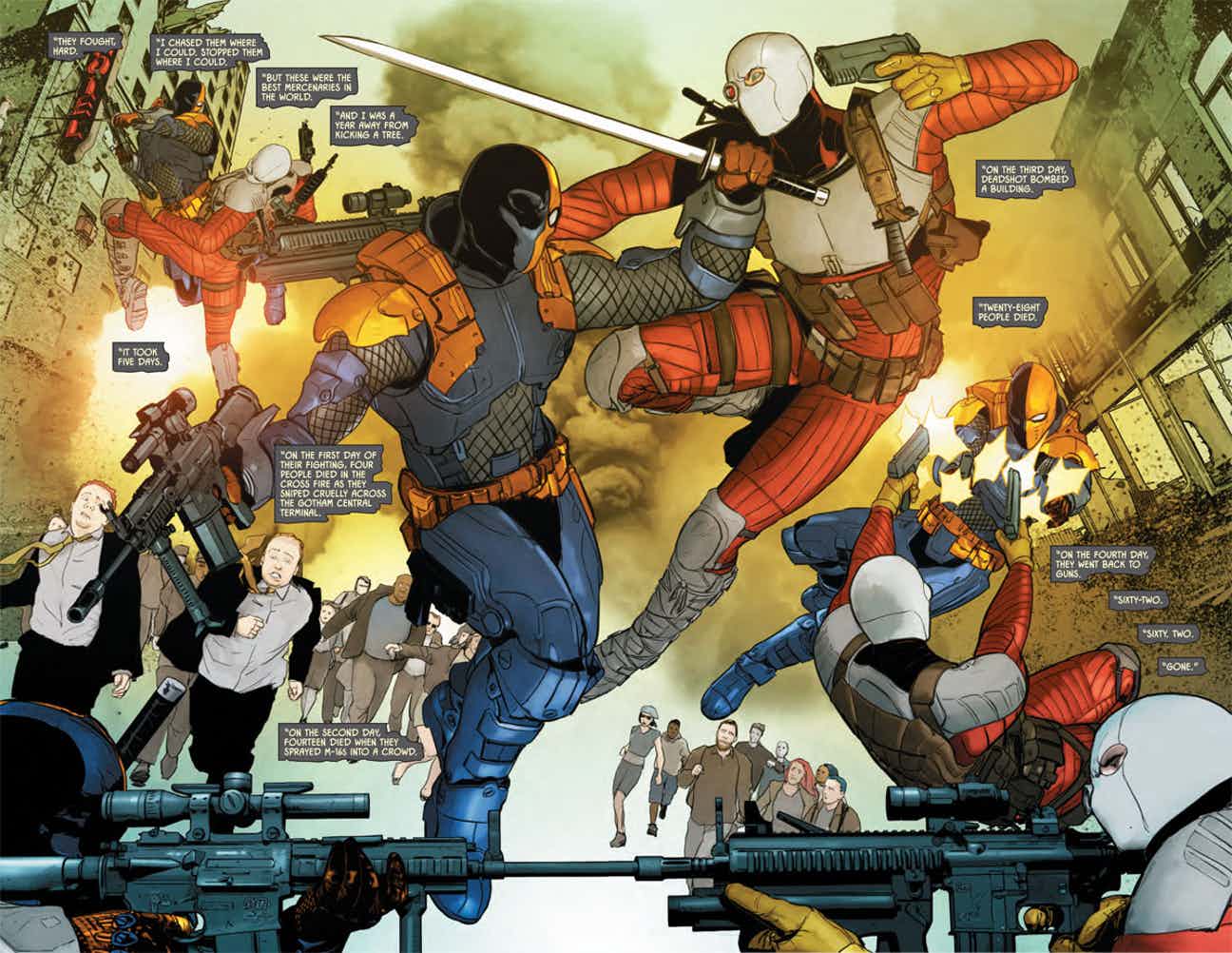 I love this story arc for the matchups that I never imagined being possible that seem so obvious on the page. The Joker and Riddler’s beef makes total sense after some quick exposition. Deadshot and Deathstroke were bound to come to blows. I wouldn’t be surprised if Grundy and Clayface had a battle for the ages in the coming issues.

Luckily, we’re only in part 3 of this arc and the stakes have been raised as high as they possibly can be. Gothamites (?) can’t even leave their houses without being caught in the crossfire and that’s putting plenty of pressure on Batman, which is put on display when he single-handedly takes out two of the world’s top assassins at the same damn time *Future voice.* Now it’s time to see what Batman does to show that Gotham is his domain and not that of a bunch of sociopaths looking to settle a score. I expect another deep dive into the Great Detective’s psyche that Tom King’s proven he’s capable of already.