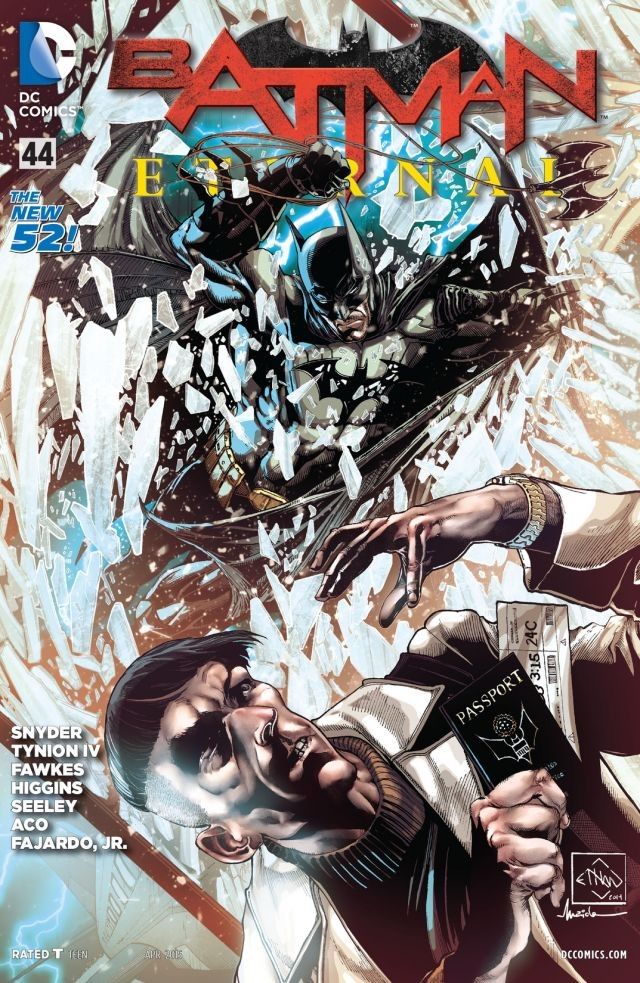 Batman Eternal has taken it up a notch and gone into overdrive on its final lap to the conclusion. Even with its occasional art problems, this has easily been the second best Bat-book in rotation for during its time. Considering the amount of Gotham related titles DC cranks out at any given time, that’s saying a lot.

Scripting duties have fallen to Ray Fawkes this week as Gotham is still buried up to its grimy neck in chaos thanks to Batman’s mystery troll. As Arkham’s former guests are being rounded up, their testimony’s of the asylum’s corruption all point to one of its more colorful staff members. While Batman is in hot pursuit, the “family’s” newest gal pals, Spoiler and Bluebird have a bit of a falling out after the revelation of what exactly Stephanie knows (or what she thinks she knows).

Fawkes does a pretty serviceable job of toggling through the various POVs and plot points, but as a whole, this style feels like it’s taking two steps back, overloading the book with more than the reader should be digesting at one time. Meanwhile, ACO’s artwork is a blessing to the series. Not better or worse than David LaFuente’s genius visuals from last week, the detail in the rather explosive action beats is undeniable. This is definitely on par with ACO’s work on Batman’s “Future’s End” one shot issue.

Bottom Line: A great looking issue that could stand to not be so jampacked with material. 8 out of 10