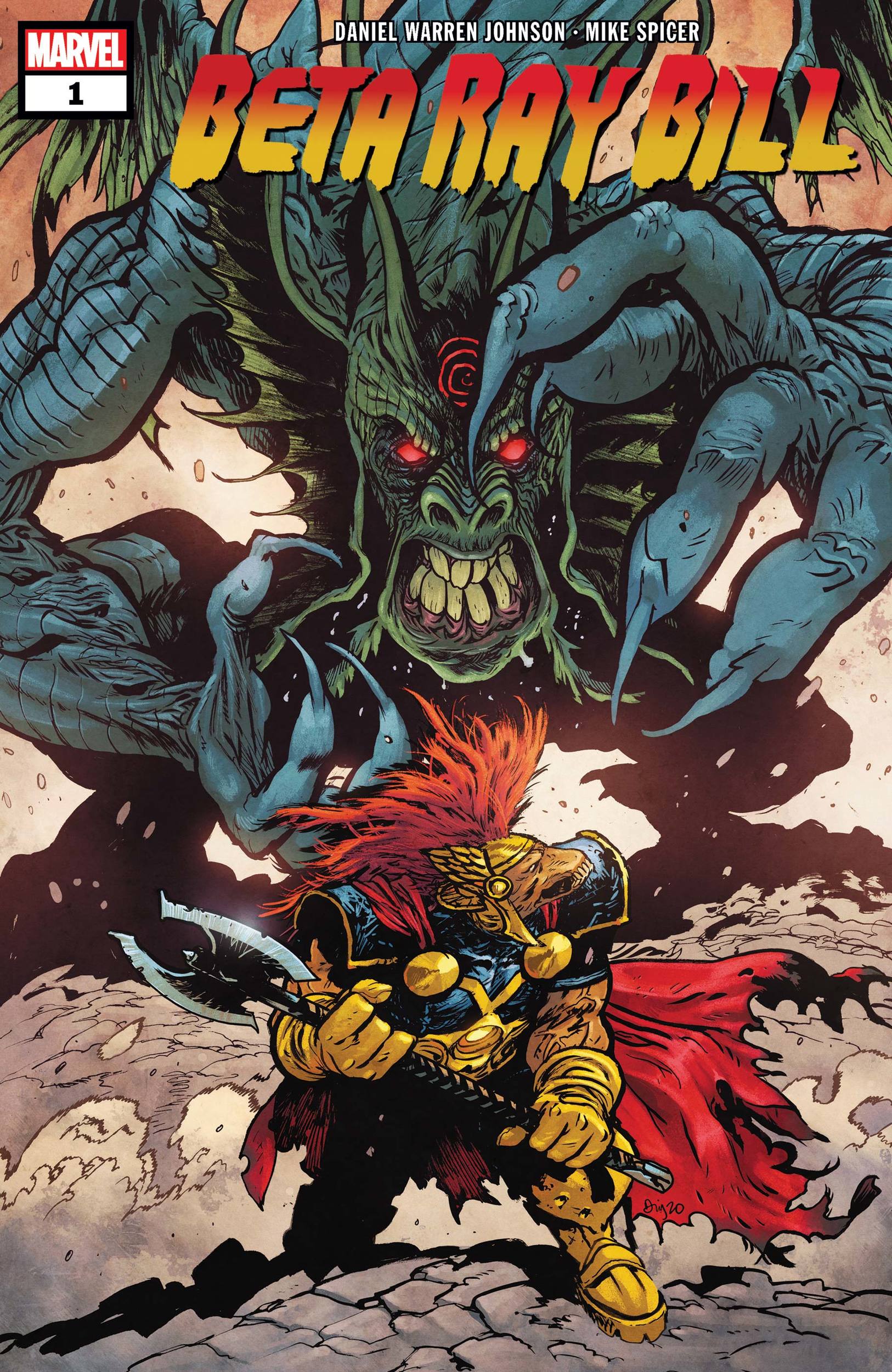 Donny Cates has been doing the Lawds work on Thor for the last year and made quite a statement in the 5th issue where Thor served up Beta Ray Bill the beatdown of a lifetime (that makes this look like a slap on the wrist). Despite the loss, it really showcased the power he was capable of (with Stormbreaker) and shined a radiant light on the proud, honorable side of Beta Ray Bill. If only he got his own comic book, many thought!

Allow Me to Reintroduce Myself!

I didn’t have too many expectations going into Beta Ray Bill #1, but I loved the idea of Bill being Asgard’s “Master of War” and having to lead these people when it mattered most. Brought me back to the good ol’ Game of Thrones days of Grey Worm beating down slavers and freeing peoples all throughout Essos. Alas, Grey Worm and Bill are different people with different enemies and prep styles.

Deep inside Skuttlebutt, a fire burns inside Beta Ray Bill. The chants of “Rufio! Rufio! Rufio!” on the tube couldn’t take his mind off the loss of Stormbreaker and all the ramifications that come from its destruction. Unable to steal more time to dwell on shattered weapons, Asgard’s Master of War readies his men like Leonidas preparing his brave 300. Fin Fang Foom is knocking on Yggdrasil’s door and aint pullin his punches for anyone!

The action in this book was graphic, gory and compelling. Foom make look a little doofy, but he’s got the bite to back up his bark. I didn’t mind Bill and Sif’s budding courtship in Thor, and then this book came along and managed to throw an inescapable wrench into the plans. Add it to the list.

Let’s get on thing straight; props to Daniel Warren Johnson for doing the writing and drawing on Beta Ray Bill #1, but there is certainly some room to grow. I don’t love the artwork, but there are plenty of dope, gritty panels to keep your eyes entertained. Oh, and horse face jokes? Please dial it down a few notches.

By the end of this first issue, Beta Ray Bill is knocked down, overshadowed, and emasculated in more ways than Marvel should allow in any one issue. On the bright side, it makes for one hell of a compelling comeback story.