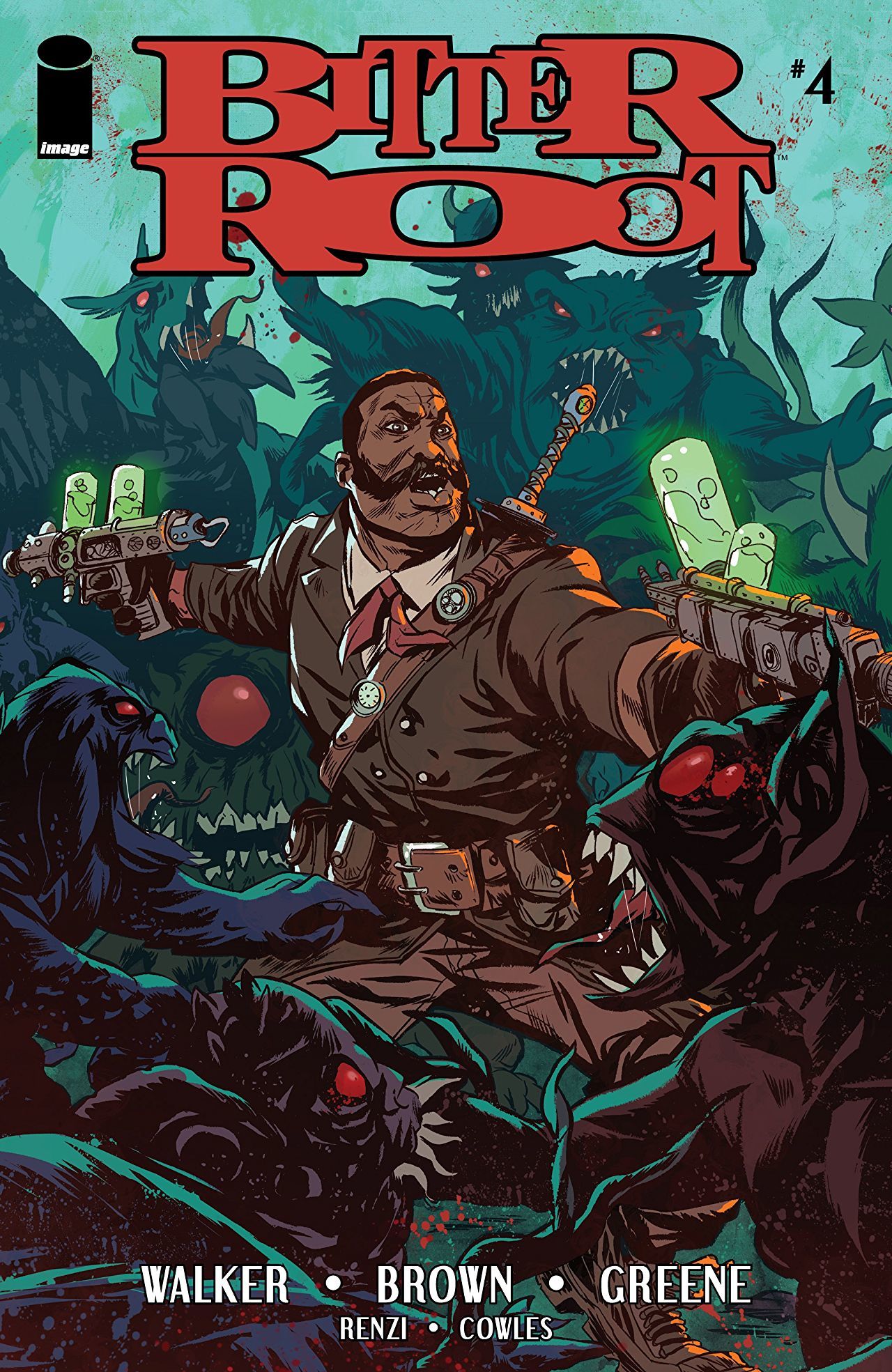 The fast-paced action that started in issue #3 shows no signs of stopping in issue 4! And everybody is with the shits this time.

The cover to cover conflict that we’ve been enjoying the past 2 issues is all because of the set up that took place in issues 1 and 2. We know the characters enough to know who stands for what, and we have a general understanding of the rules. Now, we’re in the midst of what it looks like when those rules are broken, and it’s fun as hell.

This issue really allows you to turn your mind off and just enjoy the pandemonium. There’s Jinoo everywhere, and everyone’s getting ripped apart. The standout instances from this issue were without a doubt Ma Etta continuing her transformation into a Super Saiyan IV, and Berg turning into his version of Professor Hulk. If you don’t remember, Berg got bit by a suspected Jinoo back in issue #2, and he’s been transforming into the wretched monster ever since. But it seems though he’s progressed physically, mentally it’s still Berg. So while he may be uggo on the outside, he’s got all the brains of a seasoned Jinoo hunter. Something tells me that he’s gonna be able to use that to his advantage in the near future.

Across town, Cullen learns from Uncle Enoch that there are many types of monsters, Jinoo just happen to be the most prevalent. As you know, the Jinoo gain their strength from hatred and bigotry. They’re usually white people because, you know, systematic oppression and all that. But Enoch tells of another monster called the Inzondo, born out of sorrow and pain. Or in other words, the byproduct of hatred and bigotry. So now the Sangerye family has to deal with Jinoo, and infected brothers and sisters that are turning into Inzondo all across town. 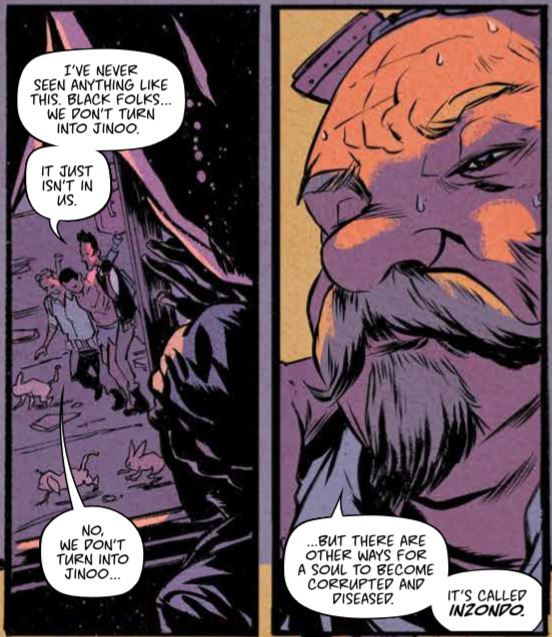 Everything really comes to a head by the end of this issue. The scattered family is all back in Harlem, Berg is fighting off Jinoo as a Jinoo, Ma Etta has reached her final form, and Dr. Sylvester has opened up a portal leading to Bast knows where, and he’s about to “Son” the entire city. Oh, and Cullen manages to accidentally fall through the portal.

Bitter Root #4 provides mind melting action as the conflict reaches its boiling point. This is the point of no return as it seems like things are about to drastically change moving forward.