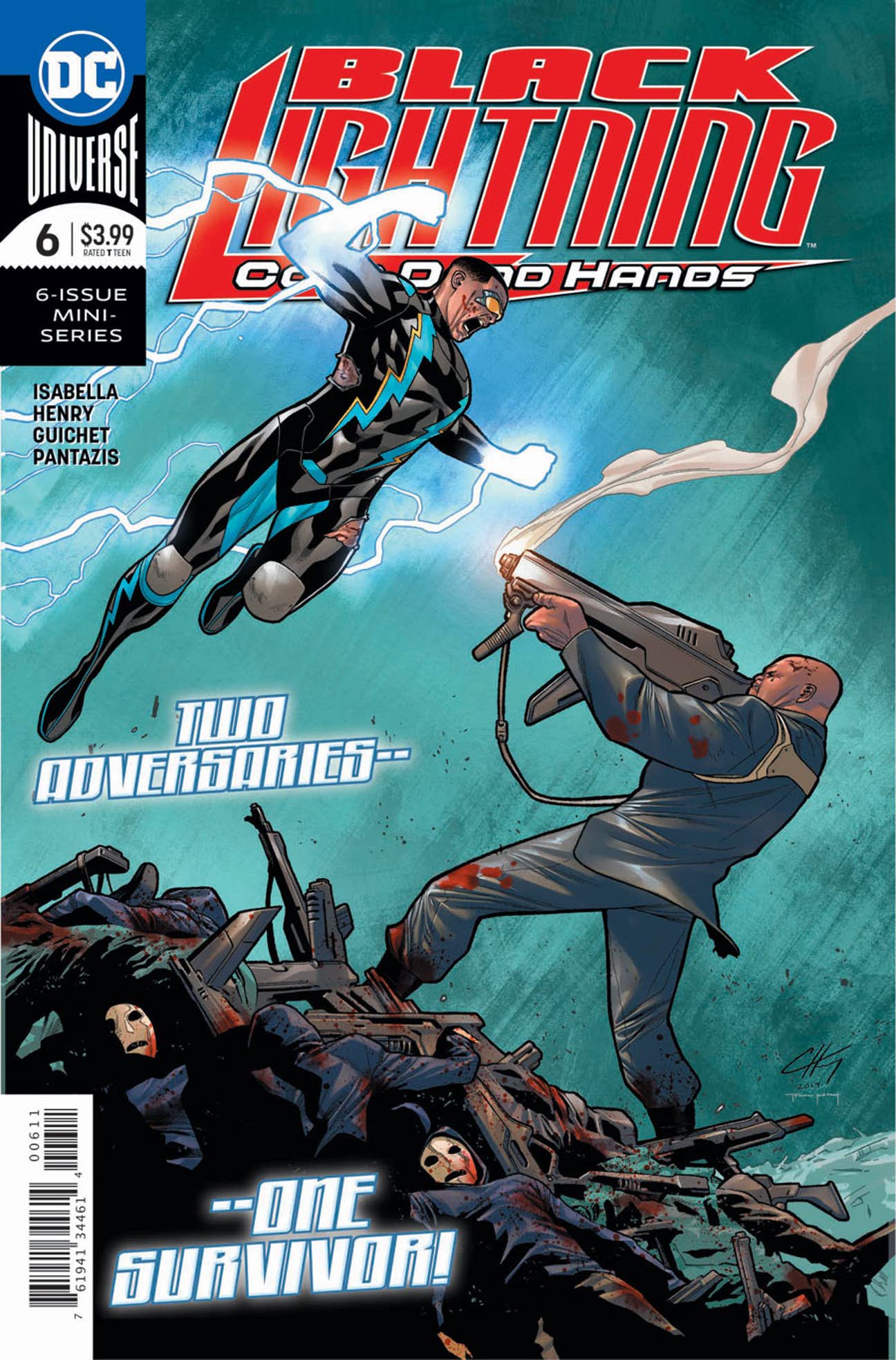 With six issues of a mini-series, Black Lightning has been brought into a new era by the man who created him in the first place. Honestly, that’s a great story in and of itself. Tony Isabella, to my knowledge, is the only writer to ever helm a Black Lightning series and his spirit is the same here as it was in April 1977.

Black Lightning: Cold Dead Hands was always promoted as a six-issue miniseries. It’s a shame that’s all we’re getting though. It’s been a great read throughout and the final issue was no exception. As a matter of fact, it was one of the strongest. Issue #5  being possibly the only one to beat it out. [At least in the opinion of this humble reviewer.]

Issue #6 picks up with Black Lightning being pummeled by Tobias Whale. [Side note: Did he always have that tear drop tattoo?]. Whale does the typical bad guy thing and draws the fight out, only for Lightning to turn the tables smoother than Shaft himself. The one-liners and plot twists were definitely memorable. 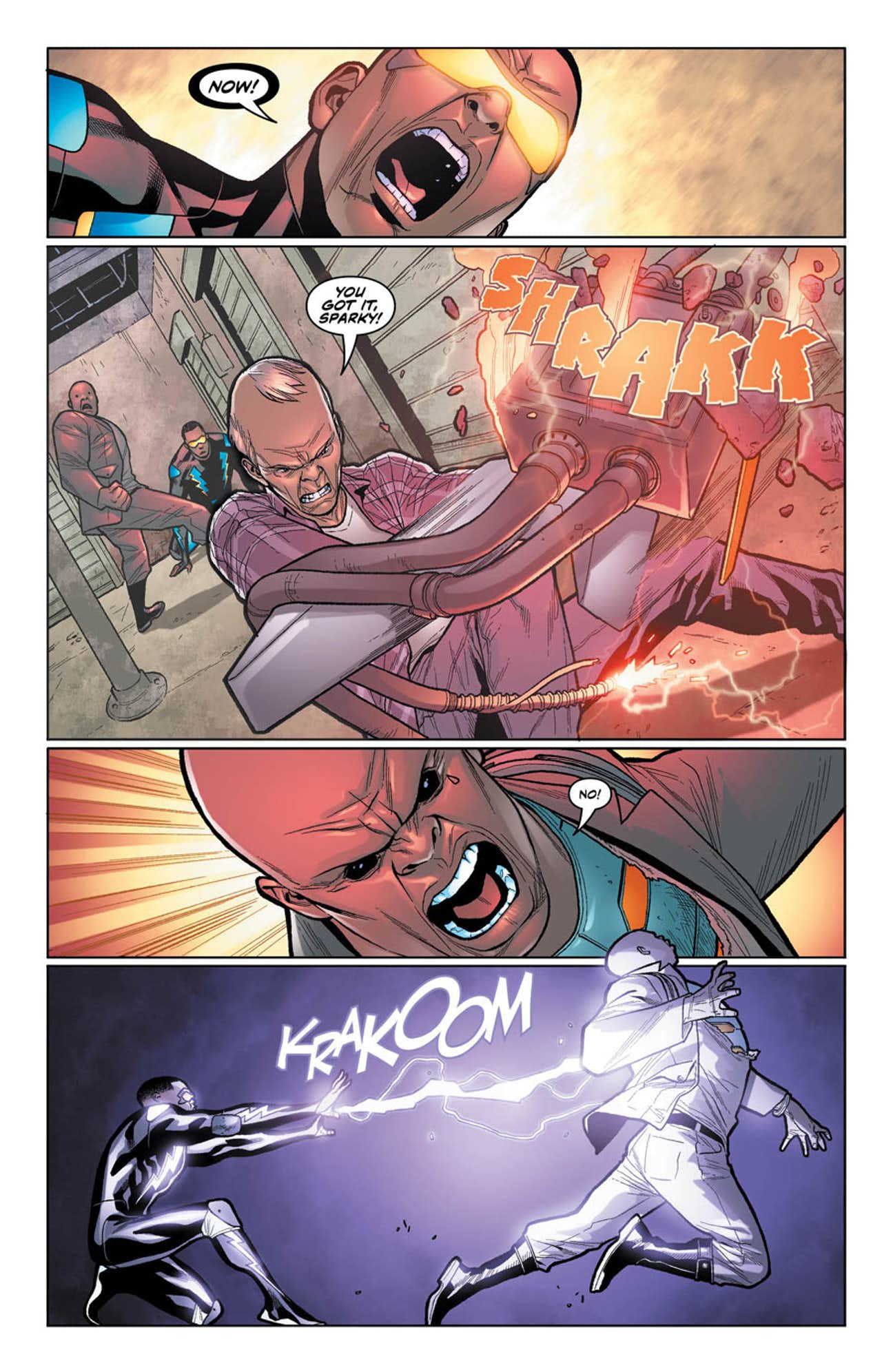 In the rest of the issue, because no good story is solely about the main conflict, things were wrapped up nicely . Isabella didn’t try to sell a dream by implying that Black Lightning is the answer to police violence. As a matter of fact, the superhero acknowledges that he’s human enough to be angry that it’s not over. That doesn’t mean Jefferson Pierce walks away without some marks in the win column though–one of which is Lynn Stewart’s attention.

Based on some vaguely disgruntled tweets over the past week or so, it looks like Isabella and Black Lightning may be parting ways.

The good news is that the character is likely going to be around the DC Universe for a while. The bad news is, that may only come in the form of supporting roles in other character’s books. More importantly, without the writer who made Black Lightning what he is. While the latter is disconcerting, it isn’t the end of the world. [Especially if a certain someone whose name rhymes with “Meith Meid-Meveland” gets to write it one day.]

Hopefully the quality of this short run and the popularity of the CW television series will result in an ongoing series with a new writer [if Tony isn’t doing it himself]. Meanwhile, I’ll be waiting for this trade so I can add it to my bookshelf.