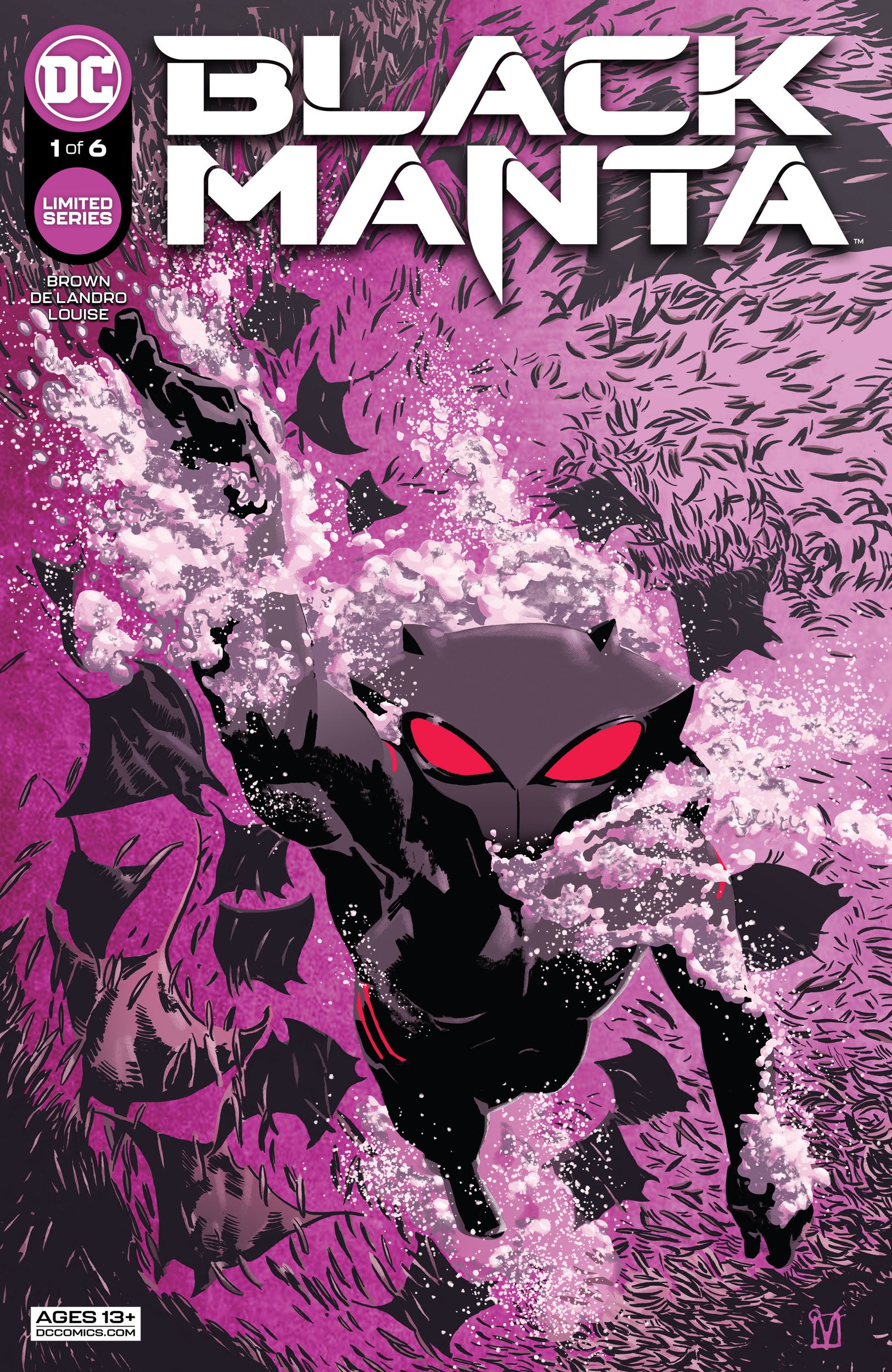 Aquatic Black people rejoice! Black Manta is starring in his own series for the first time, and there’s not a blond king in sight! This also marks the first series written solely by Chuck Brown. You may know the name from his work on Bitter Root with David F. Walker and Sanford Greene.

Black Manta’s first solo book centers the massive-masked marauder as he scourges the seas for a super rare metal with strong properties. But when you’re a guy like Manta looking for something, odds are you aren’t the only one out there sailing the seas for it.

I am admittedly not the biggest Aquaman fan, but I’ve always liked Black Manta. You can probably guess why. The answer is in his name.

It’s dope to see a story centered around him where he isn’t the foil to Aquaman’s heroics. In fact, the narration opening this debut issue has Black Manta asking himself, and by proxy, us, what will his legacy be?

Pirate? Villain? Murderer? Maybe all three, from a certain point of view. I doubt Manta himself would shy away from the things that he’s done in his life, but from his point of view he might tell you that he did what he had to do to survive, to live another day.

I enjoyed Black Manta #1 because it acknowledged his past, but in doing so it left room for growth for his character in the future. If he acknowledges that he’s been a bad person, maybe he can move past it. Or maybe not. All I know is that it’s nice to see Manta in a story that isn’t so black and white from a motivation standpoint, at least not so far. Right now, Manta isn’t a villain. He’s not a hero either. He’s just a guy with a goal. This is what’s great about giving a solo series to a character that hasn’t had one before. It gives creators and characters alike the breathing room to try something new.

Val Del Andro is doing the damn thing on the art in this debut issue. This promises to be a gritty book, and I think he captures a lot of what that feels like in Manta’s design. His hardened face with a scar running down the right side tells the story of a man who you don’t want to mess with. Equally, Marissa Louise on the colors has captured lots of muted greens and blues that give off an unsettling feeling.