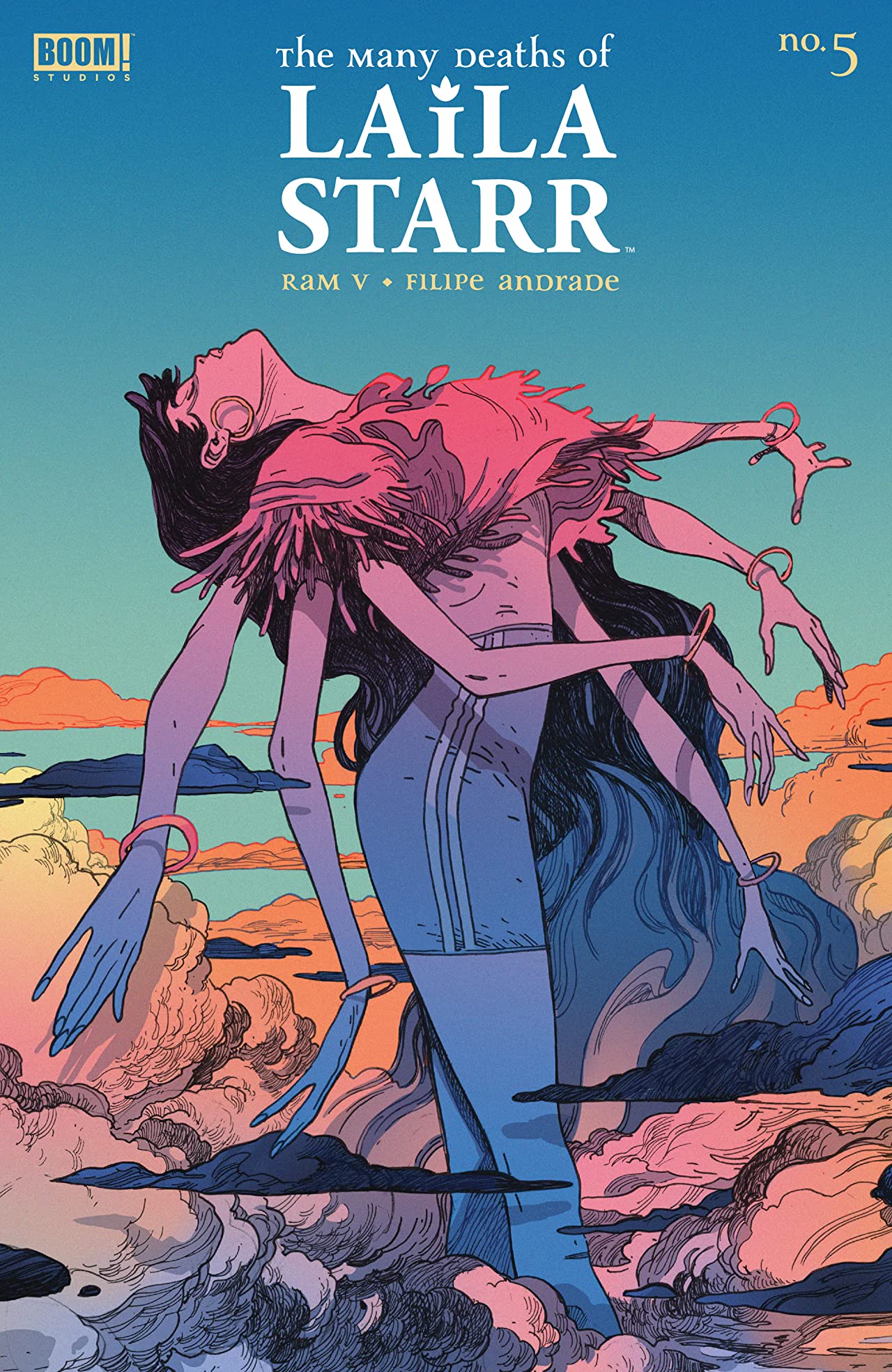 After five stunningly beautiful issues featuring the incredible lyricism of Ram V and the staggering beautiful art of Filipe Andrade, The Many Deaths of Laila Starr reaches its’ fated end. After all the musings and meditations of the cycle of life and death, The goddess of death, incarnated as Laila Starr, has one last vignette to regale to us with. She finally meets up with Darius Shah, the destined inventor of immorality, and it is everything that you could ever hope for in a conclusion to such a meditative piece of work.

This review comes out a few weeks after its initial release, but it is an issue that has lingered on my mind, and I couldn’t not talk about it. Ram V’s writing is absolutely stellar. It has a kindness, sorrowfulness, and tenderness that very few writers could convey, and Ram V absolutely sells the emotional gravitas of the final conversation between the representations of death and immortality so wonderfully. The additional inclusion of akur puri poems as dividers for the final issue also does and incredible job punctuating the pacing and further contextualizing all of the thematic messages that Ram V is trying to express. Actually, no. Ram V *expresses* everything he wants to express. The writing is emotionally charged and poignant and lands its intended impact.

And Andrade’s artwork is so incredibly humanizing, which in a series that started off with the beguiling divine, the ending feels very grounded. There are still surreal and fantastical elements for sure, but the illustrations that comprise the bulk of the story are just humans living their human lives. A little girl trying to take care of a wounded dog. An old man who has lived a long and storied life. A(n ostensibly) young woman who doesn’t understand her place in the world.

The Many Deaths of Laila Starr is a perfect capstone to a near perfect comic. A self-contained journey about life and death that covers so many wonderful stories with beautiful writing and art throughout. The moment this becomes available in a collection, you owe it to yourself to purchase it if you don’t already have the single issues. This is a comic that’s going to linger with you for a very long time to come.

Enjoying The Many Deaths of Laila Starr? Check out BNP’s other reviews here.