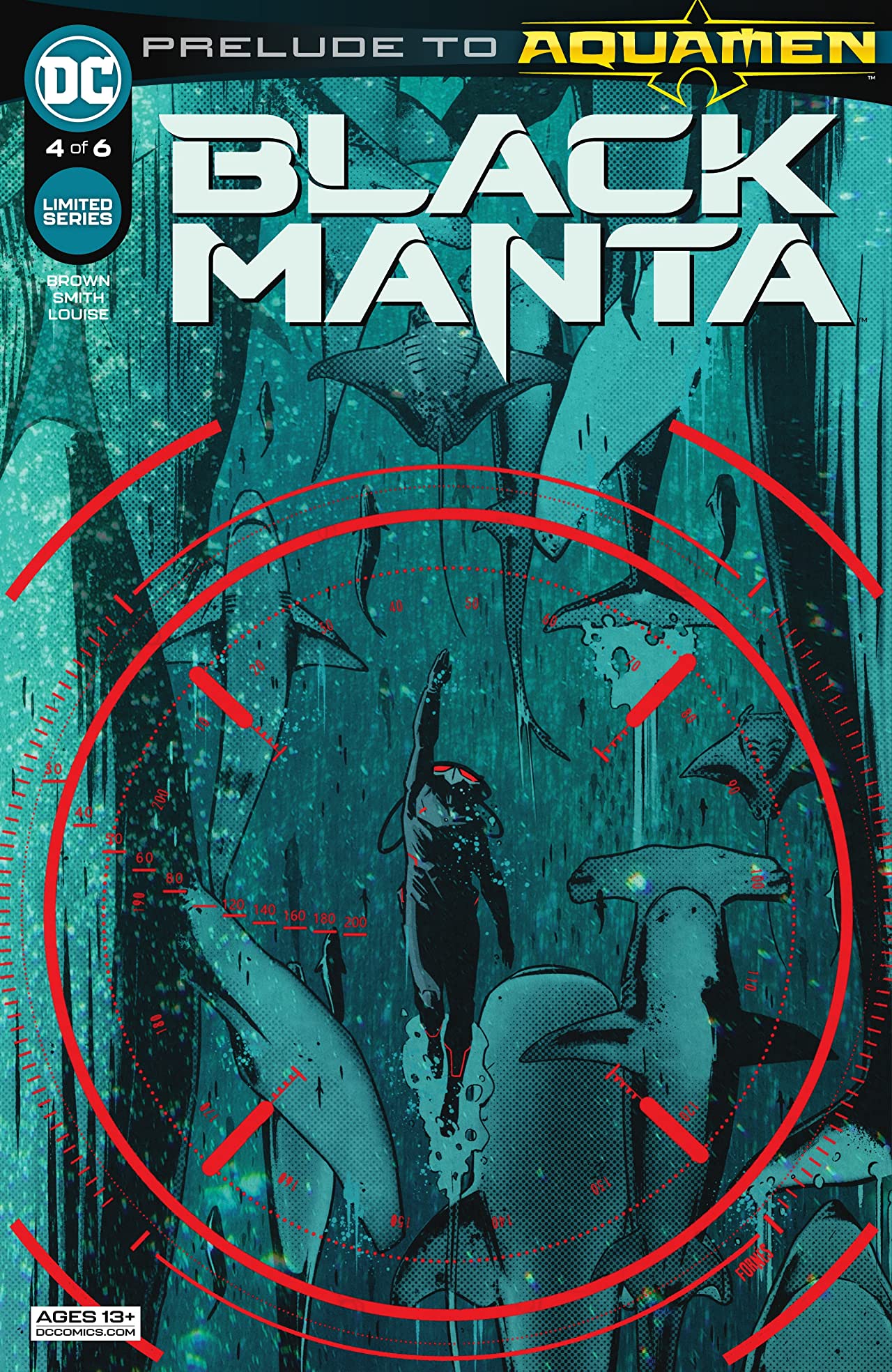 Black Manta #4 continues a trend in the series that shows Aquaman adjacent characters getting Blacker and Blacker. Who knew some melanin was all I needed to care about the city way down under and their aquatic citizens and dissidents.

This issue follows mysterious new villain Devil Ray as he searches for a way to forge a weapon with the powerful metal orichalcum; setting him on a path towards Black Manta who is on a quest to find out all he can about the compelling element before it kills him.

I am really intrigued by the Devil Ray character. He has a look and vibe similar to Black Manta, but for now, it seems they are part of opposite factions. I feel like Black Manta #4 did a good job humanizing him as a character instead of leaving him a one-dimensional big bad who will do anything to fulfill his motives. He has a lot of care behind what he’s after, and Brown did the necessary work showing that emotion by having Devil Ray convey his remorse when some of his team dies while trying to make the Orichalcum weapon. I’m really excited to see him interact with Black Manta more. Will he show that same compassion? Probably not.

Black Manta is out to find an ancient Black Atlantean tribe’s technology that he hopes will help heal him from the poisonous Orichalcum. We learned a bit about this tribe back in issue three, but I need more now! I’ve got to say, this inclusion of an old sect of Atlantean culture that we, including the characters of this book, knew nothing about until recently is giving me so much life. After this series is done, I need a 12-issue run focused on them, their backstory, and where they are now. My debit card is ready to swipe.

If you want to get a more nuanced look at some of the decisions that went into crafting this story, and some of the depth added to Black Manta and Atlantean culture, check out my interview with Chuck Brown, the writer of the Black Manta series.

Enjoying Black Manta? Check out our other reviews here.