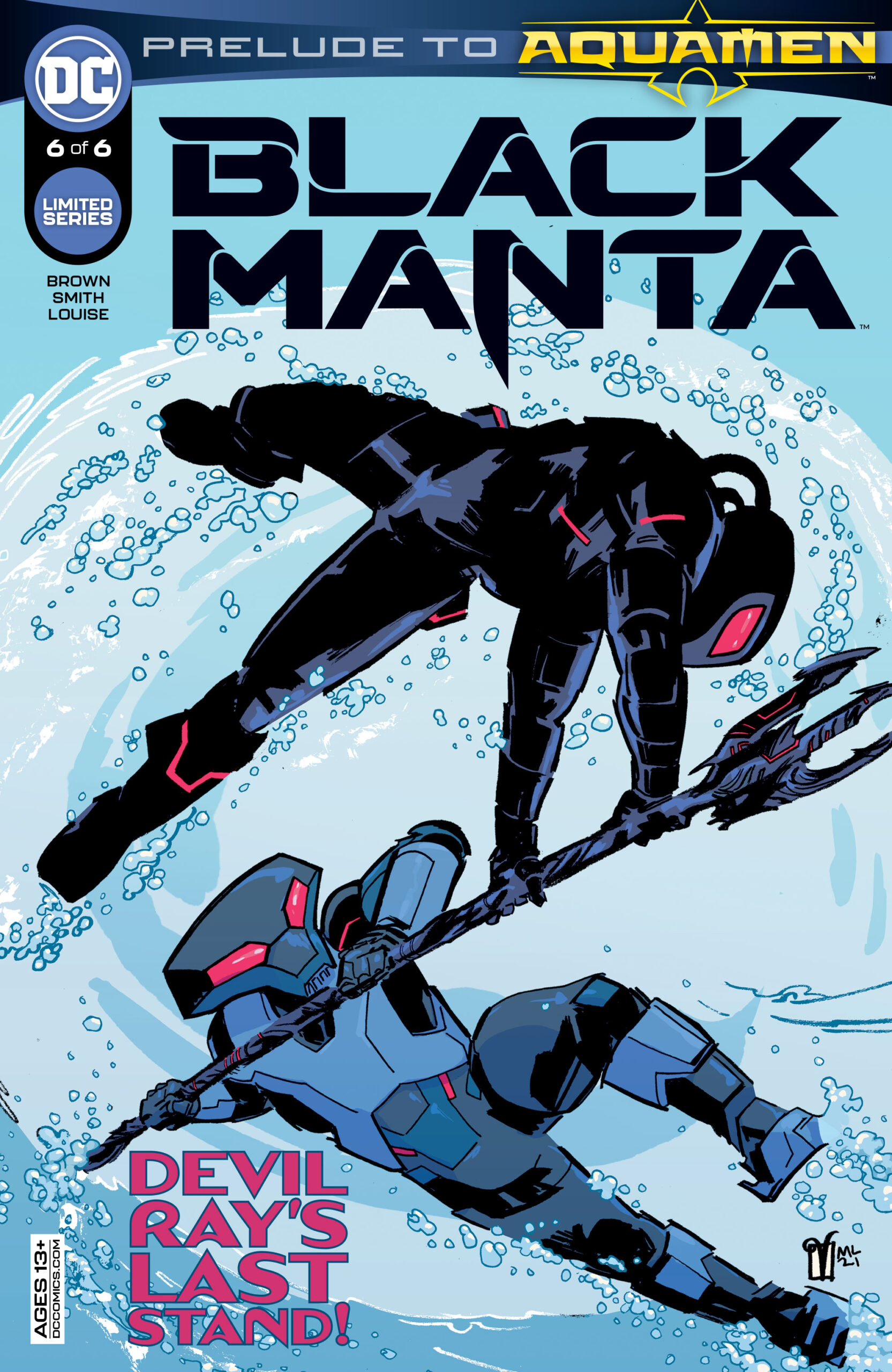 It’s here! The finale of Black Manta’s first solo series. Everything comes to a head in a battle between Black Manta and Devil Ray. Bad vs. worse. Who wins? We do, of course.

Brown did a good job setting up all of the conflict prior to the events of Black Manta #6, so there was a lot of room to breathe in terms of action and resolution. The issue primarily focused on our two main characters as Devil Ray tries to perfect his Orichalcum trident with Black Manta’s reluctant help. This then turns into a fight as the two duke it out for the fate of Atlantis.

Both of these characters are bad guys, but Black Manta takes the hero role for this story, as he has to stop Devil Ray from killing millions of Atlanteans with the power that he’s been able to amass.

What I really like about the past few issues in general, is how Devil Ray has been built up to be this reluctant villain. He’s the type of bad guy who doesn’t see himself as a bad guy but has to do whatever is necessary when it comes to achieving his goal. The ends always justify the means from his perspective.

I also really respect what he was working towards. Atlantis is the ancestral home to his and Black Manta’s people, and he wanted to restore that. That just happened to go hand in hand with murdering an entire civilization. I get mad Killmonger vibes from Devil Ray, and that’s a high compliment. You may not agree with his methods, but you do understand where he’s coming from, and may even think he has a noble cause.

I can’t give higher praise to this book. Going in, I did not know what to expect. I typically don’t like Aquaman-related books. But Chuck Brown and this creative team have expanded the lore of this part of the DC world, and how it has to deal with identity, stolen land, and bigotry. They have me more than intrigued. I will be coming back to see what they’ve got up their sleeves.

Black Manta #6 may be over, but Black Manta will be seen next in the Aquamen book coming out on February 22. I’ll for sure be reading. So, see you then!

10 Deleted Letters To Your Son out of 10