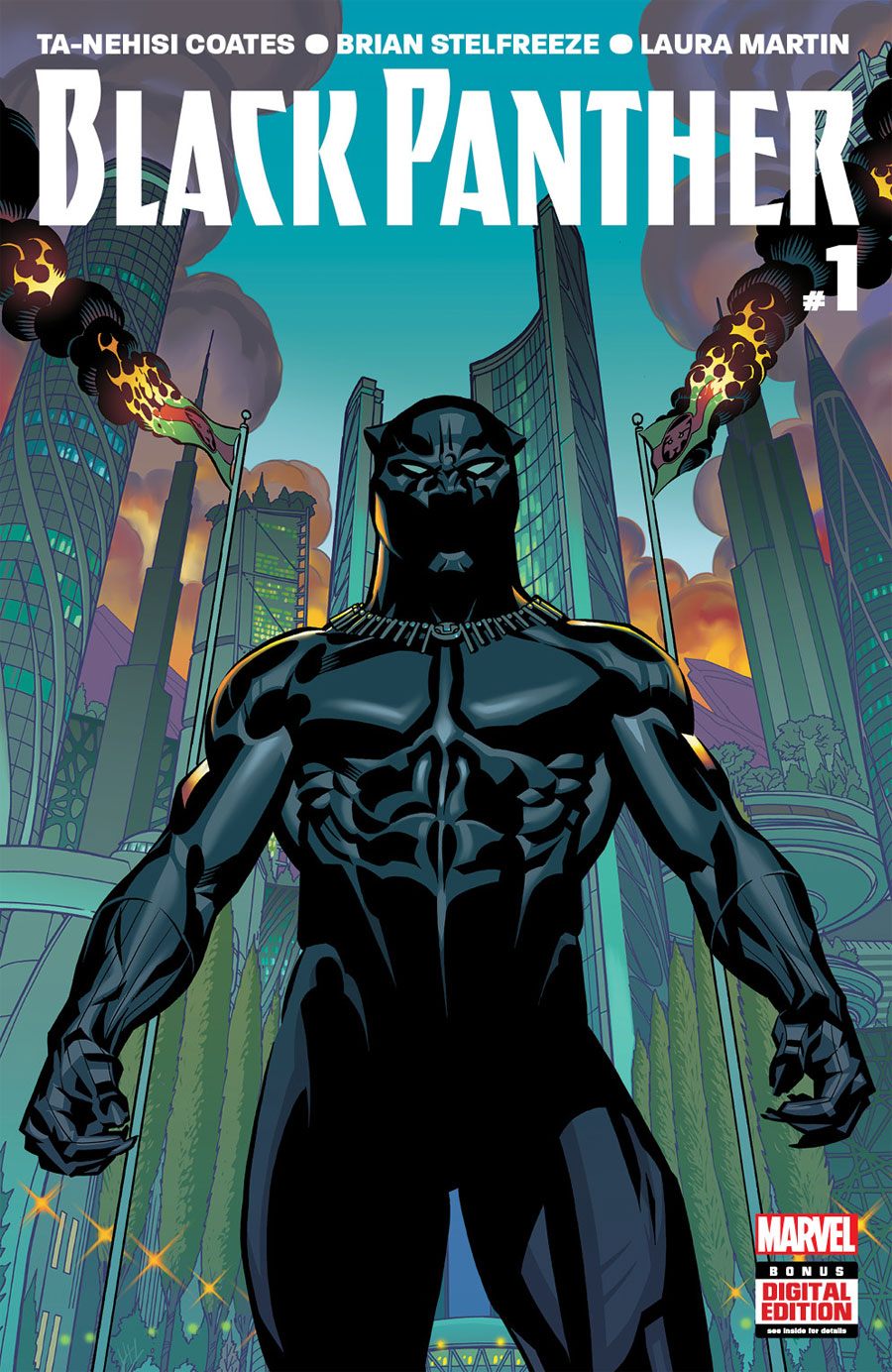 To say that Black Panther #1 is the most-anticipated comic book of 2016 is like saying that every once in a while, Wakanda invents some new shit. Coates, regarded as one of America’s most celebrated Black intellectuals and writers, broke the nerd internet when he announced he was writing the most recognized Black comic book character in existence (all respect to the Goddess Storm). It simply made too much sense and the buzz has set the anticipation on tilt for months. Even with that excitement, there was the very real acknowledgment that Coates has written many great things previously, but not comic books, so there has been so the optimism has been cautious in many respects. If you thought there was a possibility of this book falling down or stumbling out of the gates because of that, you’ll be happy to hear that nothing could be further from the truth. Black Panther #1 is basically what many of us anticipated or hoped for, a fresh and ambitious take on the beloved King of our favorite fictional nation.

The story begins with T’Challa dealing with turmoil in his nation at the highest alert level. As if there weren’t enough reason to have doubts in the greatest nation in the world from the past attacks that left it devastated, there is someone using supernatural powers to turn the common citizens against the King and he’s faced with physically confronting the very citizens he rules. Add to that the growing dissension among the most trusted guard, the Dora Milaje and overall contempt growing within the Wakandan borders and T’Challa has his work cut out for him. Referred to as the Orphan King by those that are ready for a change in leadership, T’Challa will have to face not only a coup attempt, but a possible revolt, which Coates does a great job of distinguishing from each other as they have different implications.

What is immediately present is that while this is named Black Panther, it could just as easily be named Wakanda as the fabled country is very much a character in itself. From the mine workers, the royal guard, T’Challa’s surrogate mother, the book is definitely not reserved for T’Challa to solely bemoan the weight of his crown. The challenge with past Black Panther iterations is that we are told how great and rich Wakanda is, while 3 people in an entire country seem to be important. This feels like the scope will be widened to make the country more three dimensional, as it deserves. T’Challa himself is very familiar to what we are used to, always calculating, always brutal and definitive in his resolve as he hunts for the person that turned his citizens against him. But what is also present for T’Challa is his mourning or sadness over his sister Shuri (who vanquished during the invasion of the Cabal). It is the first time we’ve seen T’Challa isolated not just by choice, but because he has truly lost someone and he could not prevent it. 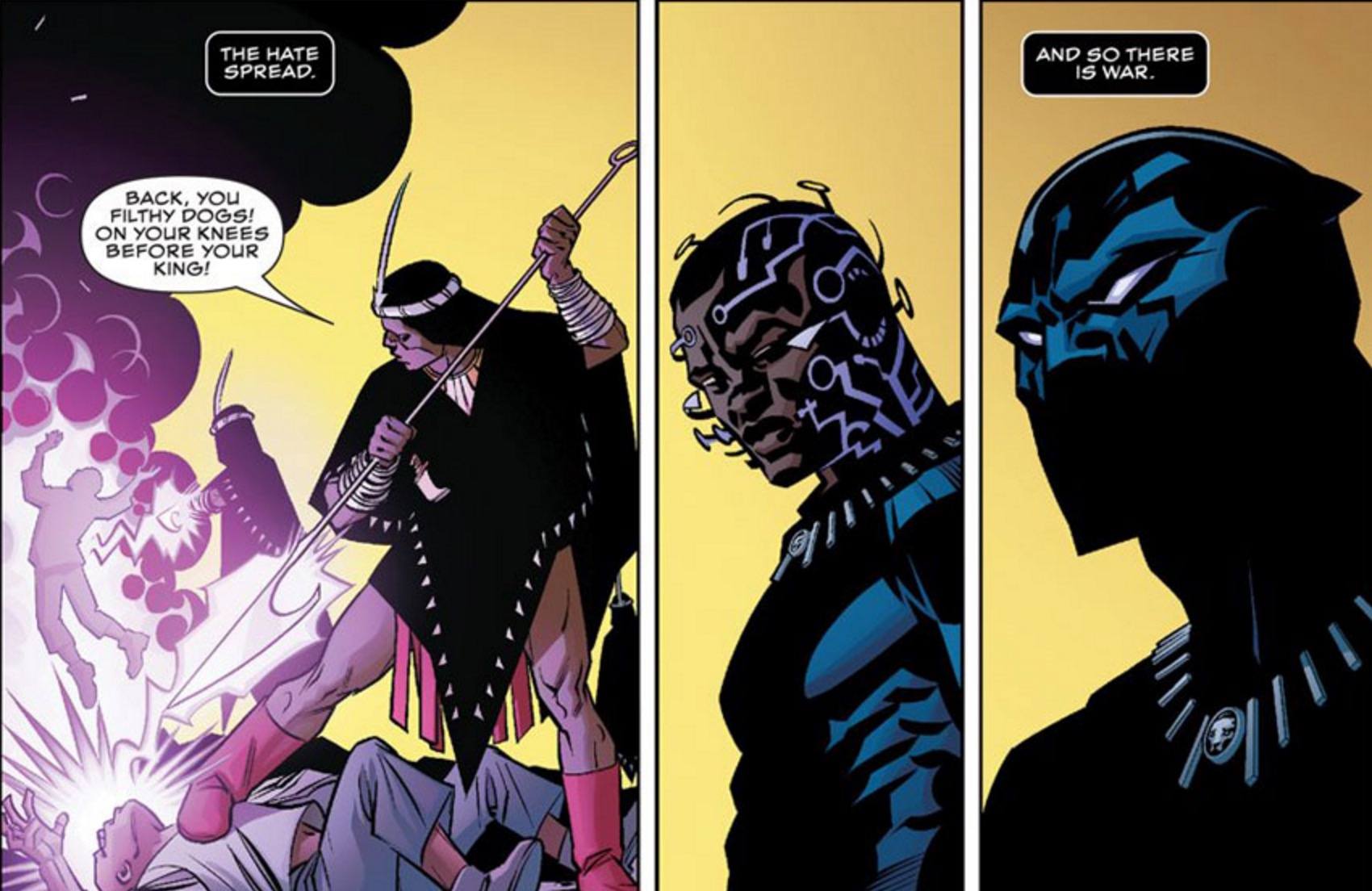 Coates, because of his stature, will absorb most of the critique/commentary on this book, but its successes should be equally shared with Stelfreeze. This is a fantastic looking book and does well to build upon the concrete and mythical aura of T’Challa and Wakanda. While I have no doubt that T’Challa’s travels to the United States will look similarly great, Stelfreeze captures the aesthetic of Wakanda in a way that befits its legend, a clean and regal touch coupled with the technology it is famous for.

Black Panther #1 had a ridiculous amount of expectation and hype, as it should with all the moving parts involved. Coates and Stelfreeze set a very ambitious agenda, with 3 very large plot threads weaving through the narrative. It is off to great start as far as setups go and here’s hoping they can keep the momentum as these threads start converging on each other.