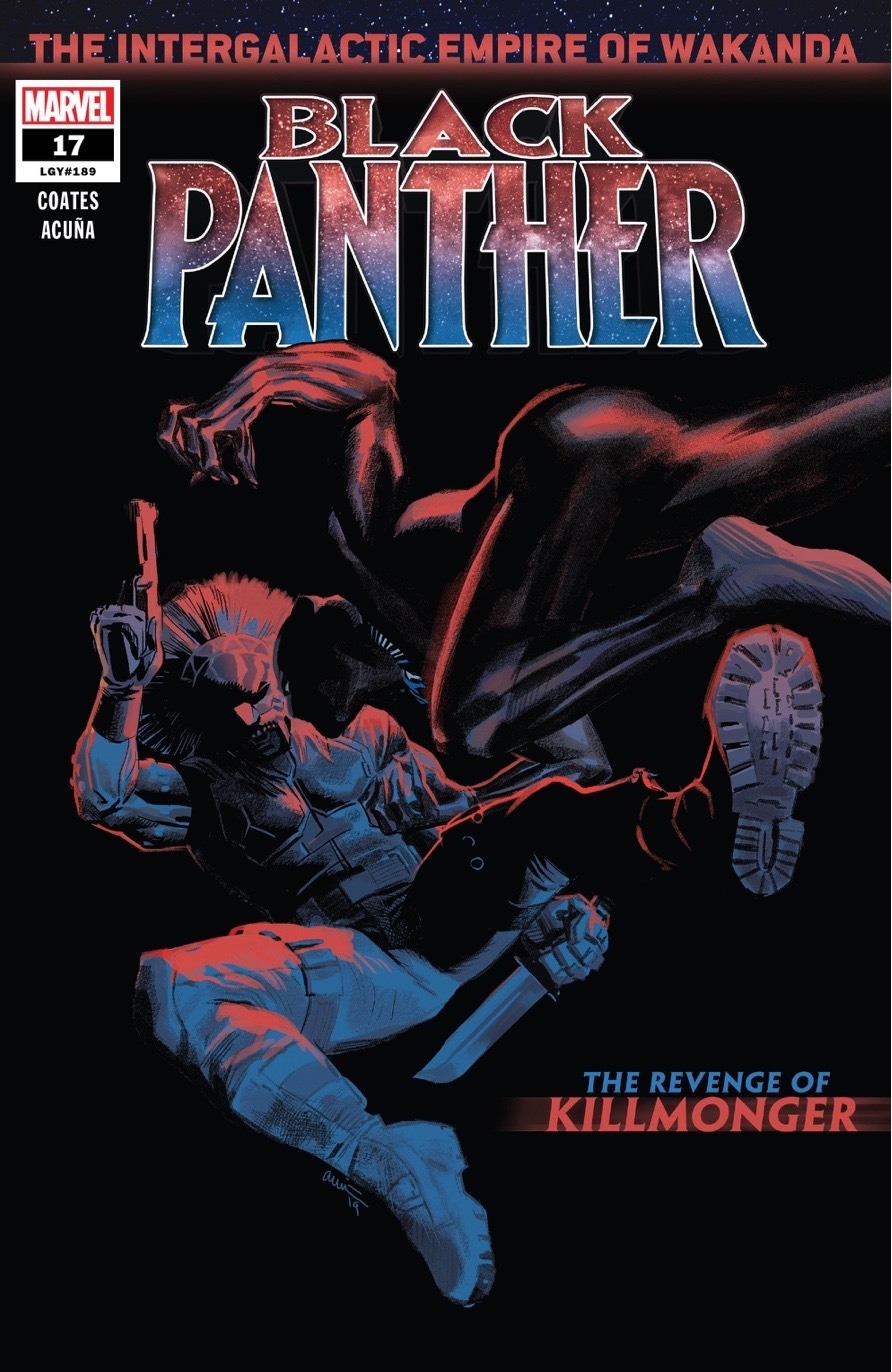 The Intergalactic Empire of Wakanda arc is in its third book, Two Thousand Seasons, and issue #17 goes off! Ta-Nehisi Coates has brought this story to the point of crucial conflict (had to sneak a 90s rap reference in there). In all honesty, this book could’ve opened with Billy Porter at a podium in full Pray Tell regalia proclaiming, “The category is…Tango and Cash!”

Really though, Changamire, Zenzi, and Tetu (from the World of Wakanda arc, incited civil war, remember?) run up into Nigandan territory like Ocean’s Eleven to loot the cadaver of an infamous enemy of Wakanda. They’re the villains that come through to grab that one last component of the weapon that solidifies their plans. Once they show up, you know there’s a show of force against some nameless guards that ends with them ultimately getting what they came for. Despite the trope, the moments of dialogue between these three displays some fantastic character development.

This Black Panther run is still delivering peak Blackness on all fronts. The development of secondary and tertiary characters deepens this arc and leaves readers wondering where it’ll go next. Nakia and Storm have a conversation that I swear I’ve seen recapped in gifs of Love and Hip-Hop. Ororo is really feeling herself these days and Coates is selling it to great effect in issue #17. 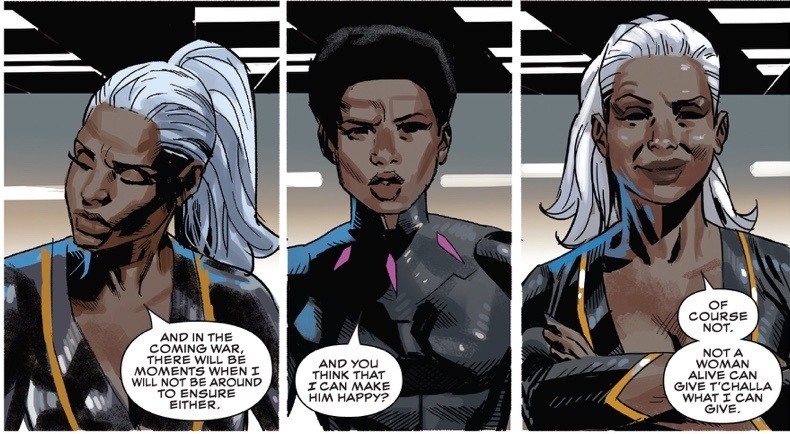 Artist Daniel Acuña knows not only how to color Black skin for light sources (Federico Blee, I’m looking at you), but is capable of portraying Black nonverbal communication. Storm gives us Jill Scott at Chapelle’s Block Party confidence and Acuña captures all of it. I Stan. 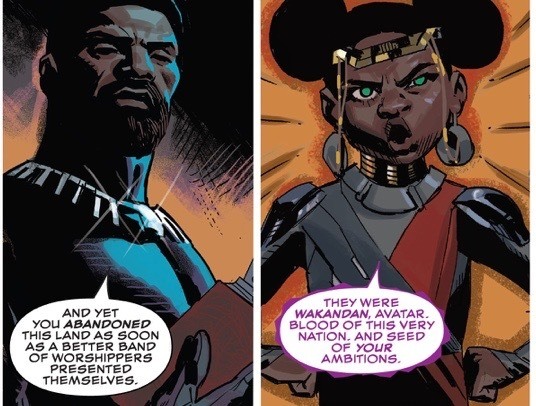 The creative team on this book is turning out a clever piece of narrative work. In a digital age where Twitter will come for anyone not doing their due diligence, it means so much that at no point in this series is the violence simply for violence’s sake. Every moment is full of intention and symbolism. All props to those who came before but this is, without a doubt, the greatest Black Panther run ever executed.

Suggested Listening: You Got Me by The Roots (ft.Erykah Badu)