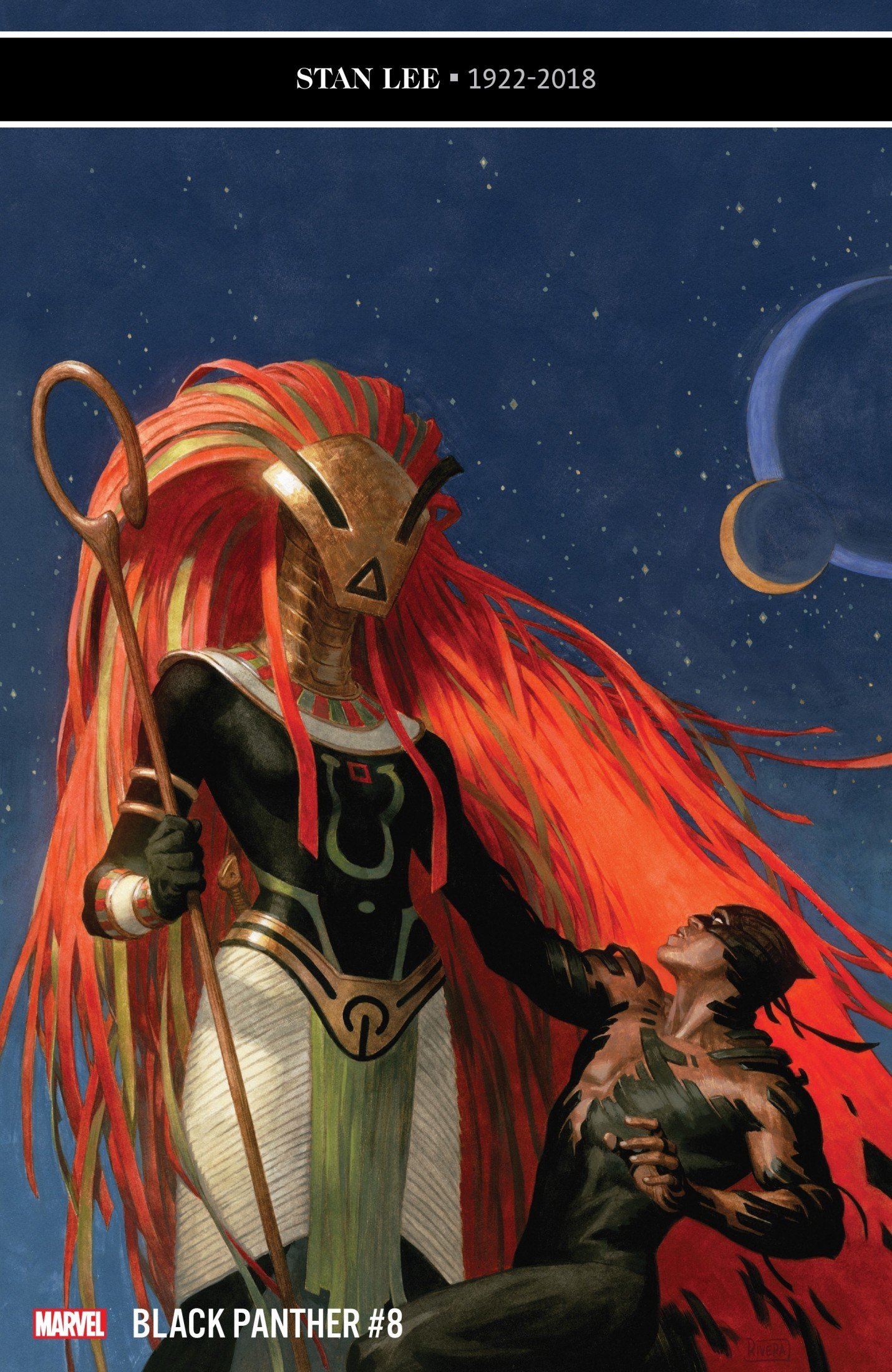 Book 2: The Gathering of My Name

Continuity be damned.  While T’Challa serves as the chairman of the Avengers in Jason Aaron and Ed McGuiness’ blockbuster series, the most subversive and compelling Black Panther stories appear in the hero-king’s own monthly title.  Rest assured that the fact he simultaneously appears in both books will be explained away with a casual line (“You were gone for a whole month!”), while T’Challa himself has lived an entire lifetime with no memories in this parallel universe. Meanwhile, Shuri continues the search for her brother and Manifold in her own monthly comic — this fan is in no hurry for them to return. This series is just that good.  What other comic features an imperial transport ship named Taharqua in reference to the Nubian-Egyptian pharaoh Taharqa of the 25th dynasty?  The only reason I look forward to Coates’ finale of this current storyline is so that I can break you all off with an issue-by-issue compendium of the historical gems hidden in these pages. Patience…patience.

This eighth issue in the series, and second part of the current storyline, finds T’Challa on a covert mission to steal raw Vibranium for the purpose of a powering a device to restore the memories of the Nameless.  In the midst of his mission, however, he discovers that aside from Vibranium, the ship is also transporting kidnappees for the purpose of turning them into mind-slaves. Having known that pain firsthand, T’Challa cannot turn his back on people whom he has the ability to save.  Instead of abandoning them, he goes on a focused, cold spree leaving not a single Imperial slave trader breathing  – think Harriet Tubman meets Nat Turner in space. 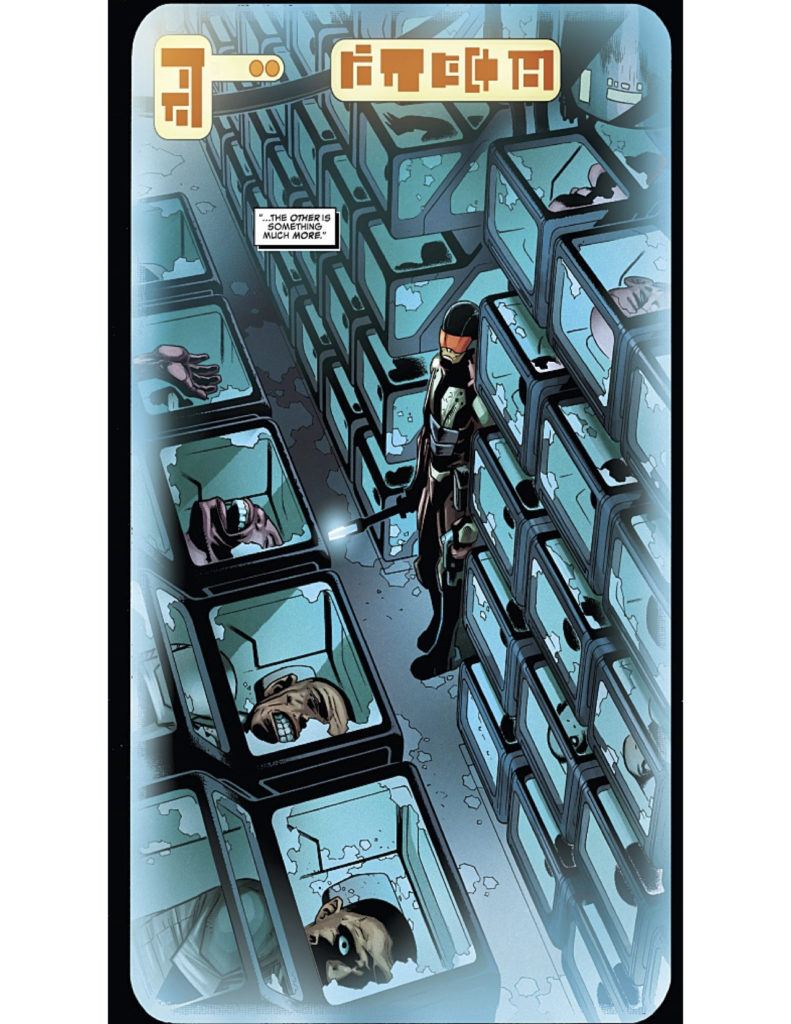 The strongest issues of the current Black Panther excel when they are streamlined, focused stories that are driven more by the internal conflict of T’Challa in his role as “the one who put the knife where it belongeth.” Since he joined Maroons, he has suffered from his own self-doubt, rage, and the loss of his mentor Commander N’yami.  Whereas some Marvel series wear their action and plot on their sleeves like bone-headed action films, Coates’ Black Panther revels in understated pages of silence, subtlety, and  subtext. As T’Challa disobeys the orders of his superiors to hijack a ship of soon-to-be mind-wiped “Nameless,” the scene plays out from the POV of a child prisoner whose father is murdered in front of him.  The child, a victim of imperialist ambition and greed, represents the hope for the future of the Maroons and T’Challa – warrior, legend, hero – is the living symbol to spark the victory of the rebellion. 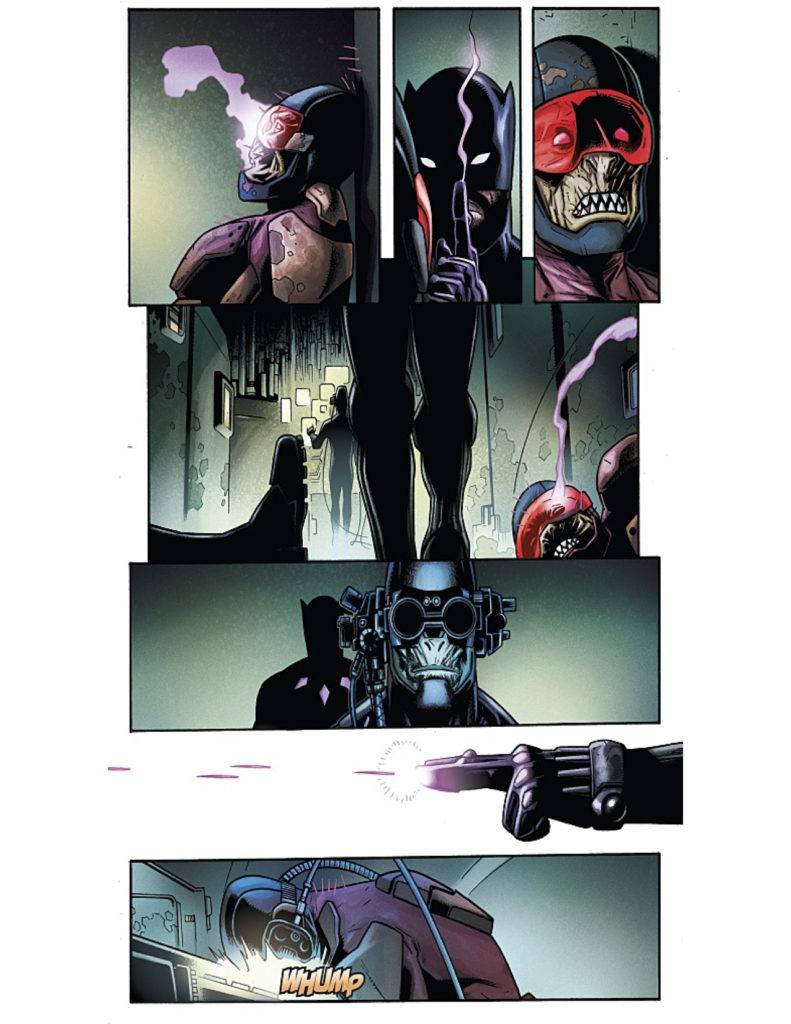 Coates and Walker are a match made in Aaru. Whereas the previous (and returning) series artist Daniel Acuña crafted an beautifully kinetic, ultra-sleek sci-fi opera wrapped in a dreamy haze,  Walker endows his pages with smooth, rounded linework that gives the quiet moments a profound emotionality, while the action scenes erupt with powerful, economic precision. Thus far, “The Intergalactic Empire of Wakanda” continues to be a beautifully written and drawn storyline that will cement Coates’ legacy as one of the most poignant Black Panther tales with the likes of Priest and Hudlin. Highly recommended as always.

Rating: 10 out of 10 Touissant L’Ouverture’s