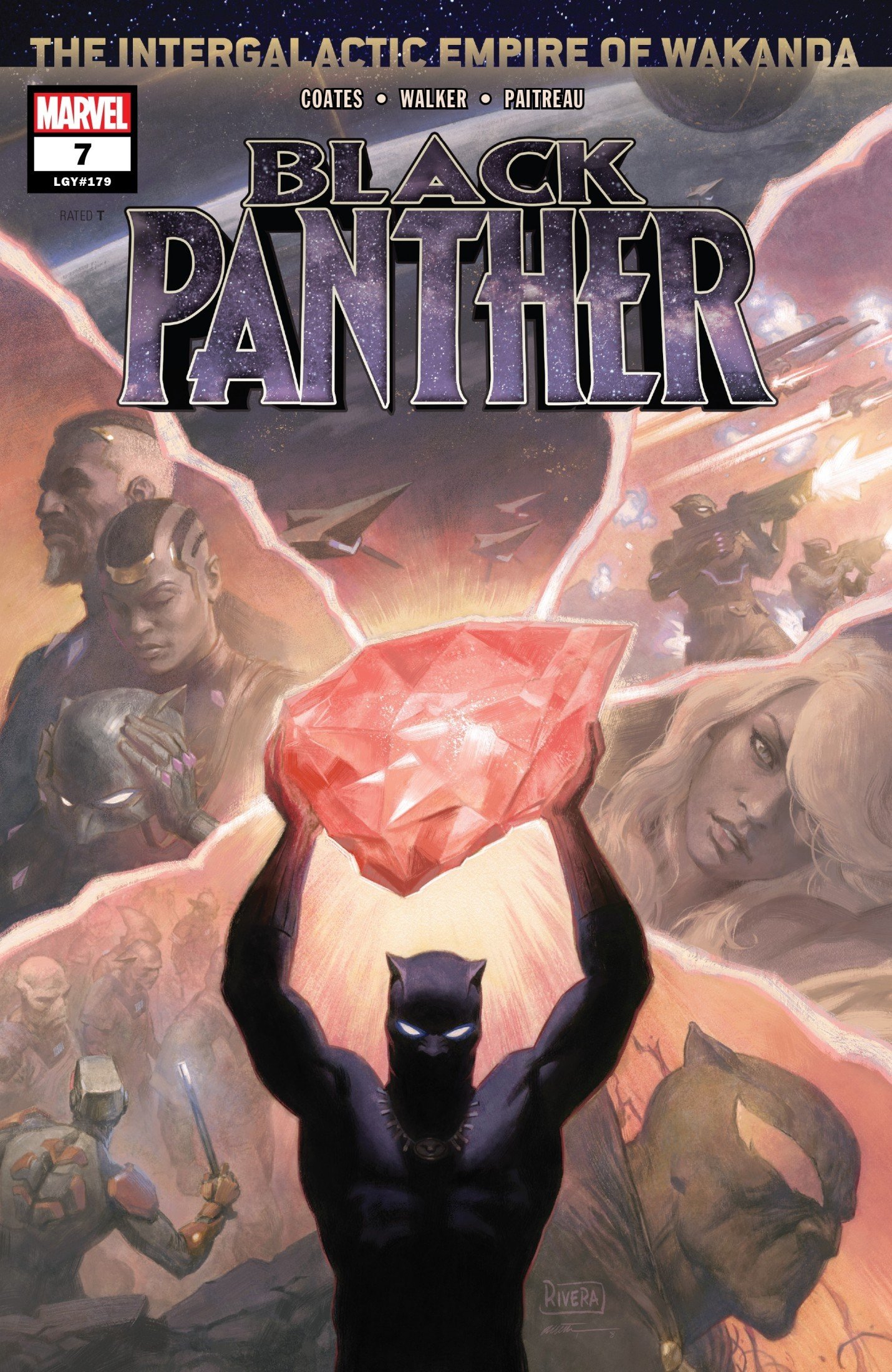 “Empires do not enlighten. They plunder.”

The Maroons finally go on the offensive with T’Challa back amongst their ranks after his time in exile.  In “Book 2: The Gathering of My Names,” both the Maroons and Emperor N’jadaka advance toward their inevitable collision. As N’Jadaka prepares grooming his daughter Zenzi for a role in the Empire, the Maroons abduct a key imperial Technologist. For this chapter in the arc, Coates is joined by new artist Kev Walker. Whereas Coates and Acuüna created a “THX1138” meets “Battle of Algiers” vibe, Walker and Coates’ collaboration feels like a “Cowboy Bebop” remix. 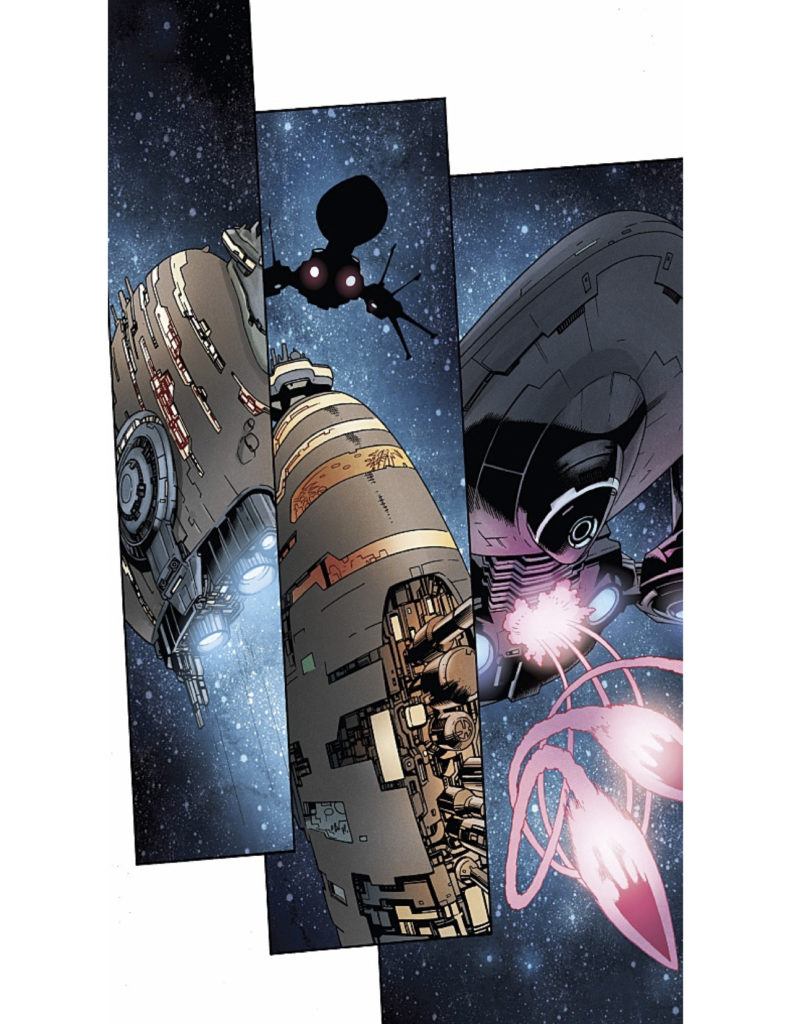 Following his betrayal of the priestess of Bast, Killmonger turns to his domestic life on the Wakandan home planet. His daughter Zenzi (!!!) shows interest in the affairs of the kingdom, and also signs of mystical or mutant abilities (Note: In the normal BP reality, Zenzi was instrumental in manipulating the citizens of Wakanda for the popular uprising in Coates’ debut storyline).  When she comes into contact with Killmonger’s top assassin Manifold, Zenzi appears to even have some control over him.

Meanwhile, T’Challa and M’Baku use cloaking technology gleaned from M’kraan crystal shards to hijack an illegal “pleasure ship.” Their target, Koji, works as lead technologist of the Imperial Archive.  Using a ‘honey pot’ and chameleon trap, they abduct Koji for a raid on the Empire’s true wealth: stolen information and memories from its subjugated planets. M’Baku knows that the empire does not just store information, but “analyzes and dissects it.” He seeks victory by reclaiming what was from them…their names. 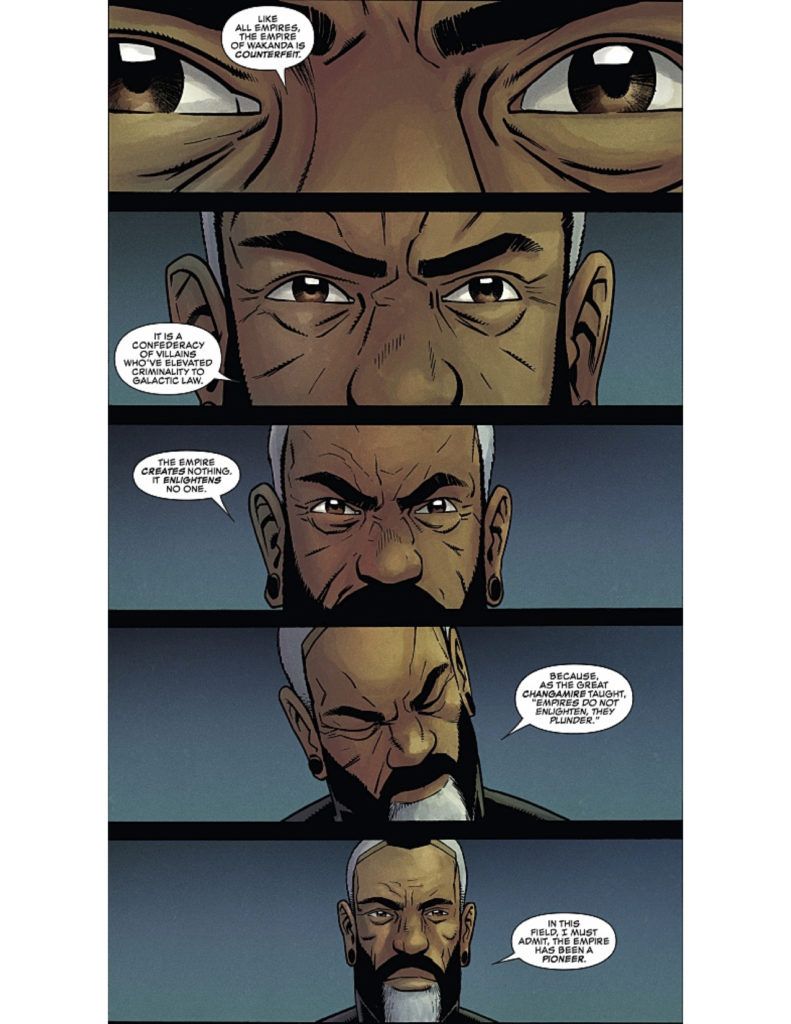 The pacing of the first seven issues of the current BP run continues to feel uneven at times.  Some of the dialogue here feels repetitive or overused in the overall arc. The previous issue succeeded because of its focus on unveiling N’Jadaka’s quest for godhood. This issue’s strength and energy comes from the panels and pencils of of Kev Walker.  In a change of tone fitting the story here, Walker’s animated style suits the dual tones of the book. On one side, a family gathers power. On the other, a plan forms to take that power back.

As the trajectories of characters align in this new reality, the endgame of the “Intergalactic Wakandan Empire” storyline is anyone’s guess at this point.