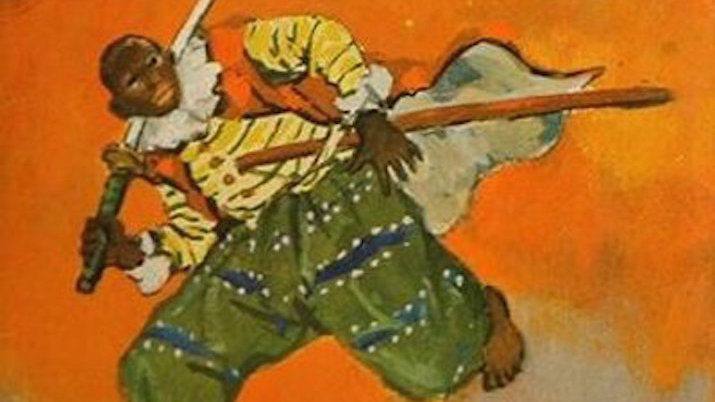 Get out the way Tom Cruise! You bout to get Eminem’ed on the Samurai movie track real quick! Twitter said that Gregory Widen is writing the script for the true story of Yasuke, Japan’s first black samurai. This is a big deal people! Afro Samurai was a while ago. Which means it is imperative that we do whatever we have to do as a community to make sure Matt Damon does not star in this movie!

Just like the Donald for Spiderman phase black twitter started throwing names into the mix of who should play the lead role. The two names trading punches at the top of the ladder for the championship are Chicago’s very own Street Fighter champion Lupe Fiasco representing that 1st and 15th and South Side’s very own upcoming star for Black Samurai (the completely unrelated upcoming television series with the same name).

If either of these names were actually on the table for consideration I doubt we could lose. Com Sense has the resumé to back a lead role appearance in this film if he the opportunity presented itself. No lie, he did a decent job in Hell on Wheels. But I’m also trying to picture him going full Samurai and I just don’t know if I can take Serena’s ex boo seriously toting a sword trying to be one with the earth and what not.

Though the Food & a Bottle of Henny rapper hasn’t done any blockbuster films, he out nerds Com by over nine thousand. There’s an infinite amount of nerd references riddled through Lupe’s discography, he competed and defeated Daigo Umehara in a real Street Fighter battle, and he’s already wielding swords all over the gram in formal garb! Lupe has been repping nerds hard for years and also has a prominent and obvious interest in Japanese culture for a long minute.

Mind you, this is all hypothetical. The script is still in the works. We’re a long ways away from casting but if you had to choose who do you think would be the best fit for a role like this? Lupe Fiasco, Common, or Matt Damon? Let me know in the comments and on twitter!