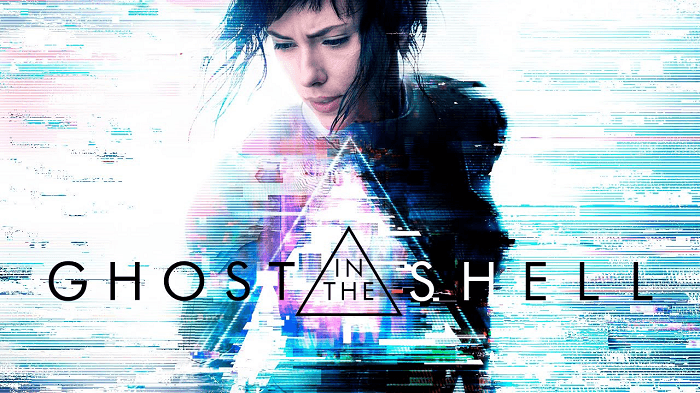 No one is trying to claim prophecy and announce that The Ghost In The Shell the new Scarlett Johansson thriller (as I’m sure it’s is marketed somewhere) is a bad movie thinking that it’s ground breaking news. Since the announcement of Johansson starring in the film in the role of the iconic ‘Major’ Motoko Kusanagi, a White actress playing a Japanese character in its source material, there has been a lot of loud protest and resentment of the choice. Then, when we had all forgotten about it for the most part, the first image of Johansson as Major surfaced and the audible unrest of this casting choice grew all over again. The history of White performers playing the roles of previously envisioned Asian identified characters is a long and storied one, one that I myself cannot even claim to have a grasp on its full extent. But this seemed to be another notch in that bastard legacy in the run up to the movie through its marketing and eventual release. The movie is here now and those complaints regarding the white washing of this source material is not only affirmed in the final cut of the film, it is doubled down on at times. Unfortunately, while that is the most serious or consequential crime of this film, it is by no means the only failure of this mass-marketed major release. Ghost in The Shell is nothing short of an outright disaster, joining the ranks of previous anime titles that were painted over with a fresh coat of blanco to the point of being an unrecognizable mess.

The plot of (the movie) Ghost in The Shell is the story of Major, cybernetic law enforcement officer in a futurist Japan. At the onset of the film, Major is ‘awoken’ after having her brain transplanted into a cybernetic shell. She retains her ‘ghost,’ the soul remnants of her human essence and brain, which combined with the cybernetic body, makes her a step towards perfection. At least in the vision of the company that created Major. As Major’s backstory gets a little bit more hazy to her and glitches start showing her a vision of her memories that differ from what she was led to believe, her manufacturer emerges as the the big bad company doing shady business that may hold the secrets Major and others want to uncover. Ghost In The Shell is a film that definitely focuses on visual style over compelling stories or performances. The look of this future Japan is visually alarming sometimes but also, completely typical with the over-utilization of holographic advertising on skyscrapers. It doesn’t look bad, but it doesn’t look like the cutting edge of a movie made in 2017 with a sizable budget either. I guess what I’m saying is, it doesn’t look so good that the failures of the film are covered up. Major is flanked a number of other characters like her partner like Batou (played by Pilou Asbaek) or Chief Daisuke Aramaki (played by one of the few, Asian actors in a prominent role), all of which seem as interesting as Major herself. That’s more of a function of Johansson’s Major being pretty one note and less about some incredible performed ensemble. Johansson’s Major is conflicted and often mopey in the very typical “am I (wo)man or machine” belaboring. It’s not that it’s a bad performance, it’s just one you’ve seen a half hundred times with any cybernetic, futuristic centered film. It’s a paint by numbers, questioning of technology as friend or foe with a touch of evil corporation thrown in.

As a movie, standing alone, it wavers between too obtuse and just plain uninteresting. Some of the exposition carries on for long periods of time because there isn’t a whole lot of “showing” in the storytelling, even for such a visually focused film such as this.

As an adaptation of the source, this is a painful film. Its hard to imagine anyone familiar with the manga or anime of Ghost in the Shell, actually enjoying the movie that’s supposed to be the live action version of it. This almost feels less a film adaptation compared to a movie inspired by Ghost in the Shell. There are tons of familiar images, but they are almost like postcards or easter eggs instead of being part of the foundation of the film itself. Yes, there’s Major descending from the top of the skyscraper in the nude, or her cloaked in the reservoir scene that is highlighted in the trailer. But these feel like road markers to ensure that people that came to the film because they love Ghost in Shell are still getting a Ghost in The Shell movie. But you aren’t really. A non-spoiler example of this is a scene familiar to us from the anime where a suspect is running the alleys away from Major’s team when a huge aircraft flies over and we see the suspects vantage point through the skyscrapers. In the anime, that follows a chaotic pursuit that descends into quiet isolation, disturbed by the plane. In the film, it’s just the between action beats. It’s not earned and has nowhere near the same effect as the anime. The changing of Major’s origin, her motivations, her companions, the villains story, all of it feels like a different story with a lot of the source’s clothes on. The meta comparison here is that the movie is the shell with very little trace of the ghost that was the anime that supposedly inspired it. 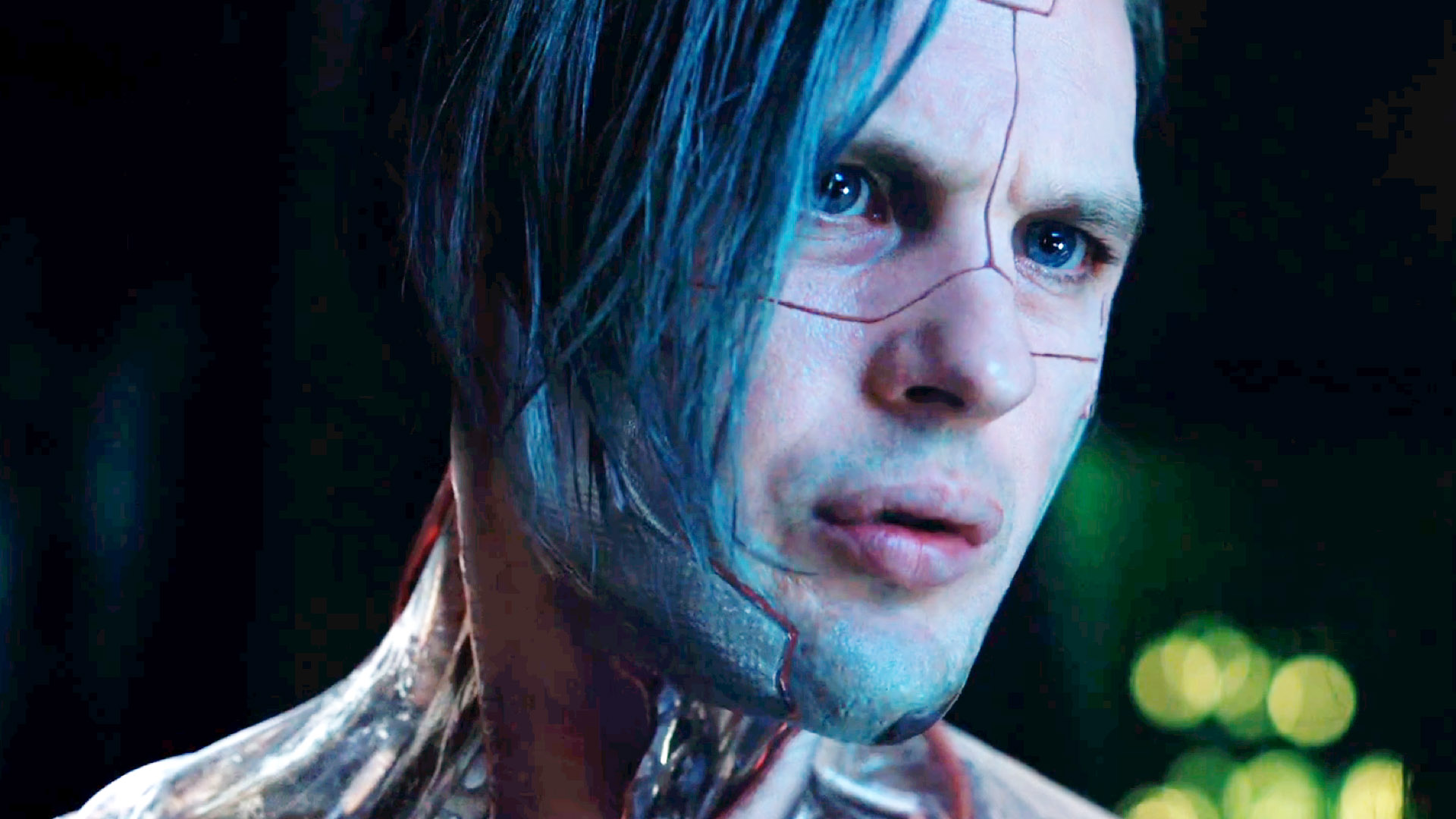 The worst offender of this deviation from the source is Major herself. In the anime, the Major is headstrong, confident, only ‘robotic’ in her pragmatism. She has no crippling doubt or conflict about her purpose. Her quest is driven by a pure curiosity of what she is and what separates her from other cybernetic beings and creatures. She runs towards those dangers because they have answers she wants, not because she’s having a hard time living with herself. In this film, Major is reticent and shaky, a badass in battle but Major in abilities only, often not taking charge of any units or situations. She is a smart and capable puzzle solver with a perpetual forward movement in the source. In this movie, Johansson’s Major is mostly reactionary and in a permanent state of despair. It’s a departure from everything that has made Major such a beloved character, short of her propensity for nudity and active camouflage.

The reality is, it’s possible that your expectations of this film will ultimately lend weight to where you fall on this film. As a standalone film with no care or knowledge regarding the anime, then the film is merely a very typical “who am I really” human vs machine story that you’ve seen a ton of times before with Ghost in the Shell branding. If you’re familiar with the anime at all, then this the film is a slow dragging of nails across the chalkboard, or a nagging you hear that won’t quit because you know something isn’t right. The mostly white or non-Asian actors, the complete reversal of the protagonist’s nature and ok but nowhere near inspiring action scenes make this a film you shouldn’t feel bad about skipping.