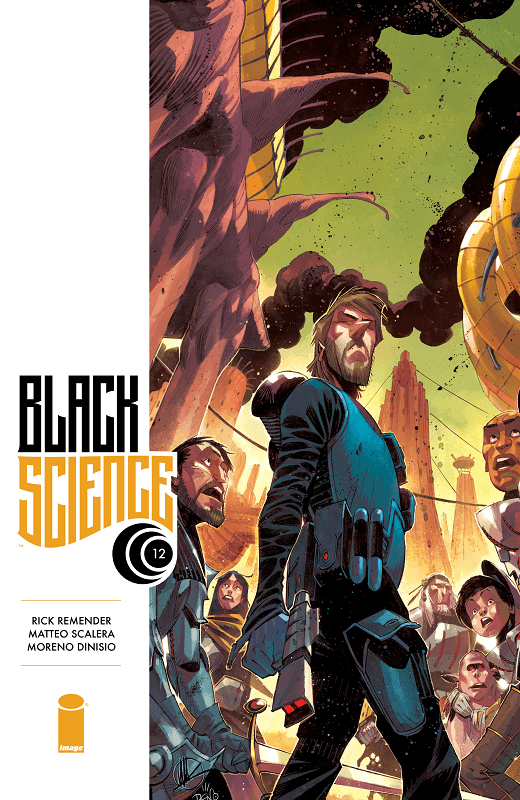 Yes, yes y’all, Remender, Scalera, Grant, Pia, all the New Gods are back as Black Science returns for it’s third arc. Off the top, this is still one of the comic books I look forward to every month and this issue only strengthens that. It does its storytelling often at 100 miles an hour, which demands you can’t read this book passively as you’ll miss big and relevant plot points. But the creators play to their strengths so well that often it reads like a big frantic, yet well-oiled machine. 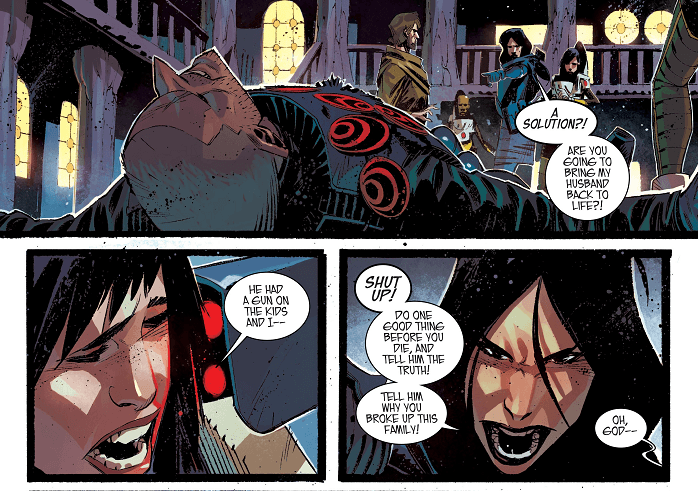 This issue begins with telling how Grant survived his ordeal of being crushed while chasing Kadir way back in issue 6. It was definitely necessary, as it was hard to confirm for sure if this “new” Grant was actually the O.G. Grant and more importantly, how.

The remainder of the issue deals with the fallout of their latest jump, with a dead “alternate” Grant lying at their feet and a very pissed off “alternate” Sara ready to deliver the King’s Justice to Rebecca. As if the high action, the chase through the city and the huge revelation at the end, we’re also given ANOTHER mystery as “alternate” Sara (we can probably just call her Sara now since the original Sara died like two pages into the first issue) knows a secret about Rebecca. AYEBODY got secrets. Seriously. 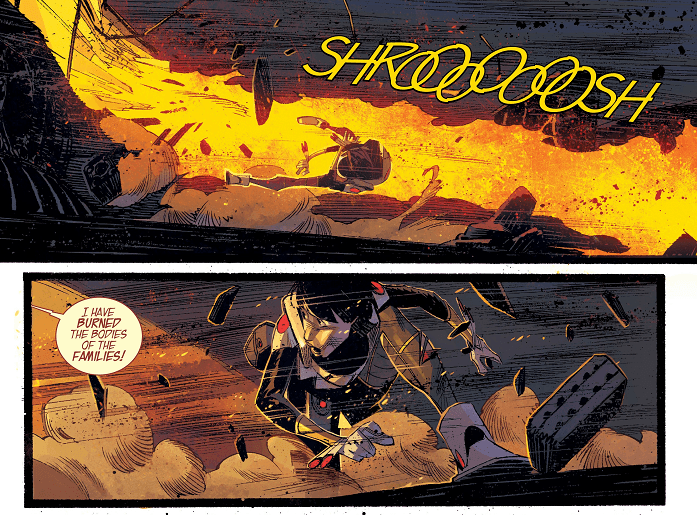 Of course, for me, the absence of Black Science is typically the absence of Scalera’s art with is so tailored for this story. The chase through the city as Pia scrambles for her life is especially well done. Just a well, well put together book.

Black Science is back and you’re welcome. I had some small grips about the second arc, but this third one is off to a great start. The list of books you’ll find better than Black Science is really, really small.