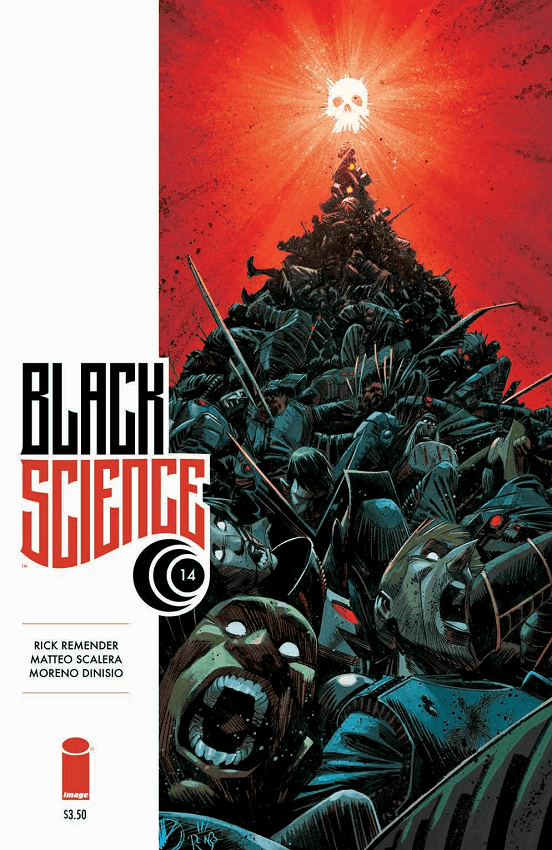 I know he’s our protagonist, but this is most Grant McKay-centric issue in this comic book run yet. When Grant is present, it is often his narration and his lens through which the story takes place. But this is the issue that Grant simply stopping caring about all the superlatives and distractions to become singularly focused on one thing: Saving his daughter. This is a beautiful dance that Scalera and Remender do through the first half of this issue. Grant is recalling all the ways that he abandoned his family, the complex honesty of how he hid from being a father and was inadequate as a parent while simultaneously pushing himself to connect to Pia again. For a comic book that has seen a lot of unceremonious death and surprise tragedy, this might have hit the largest emotional note of the book so far. It is beautifully done. 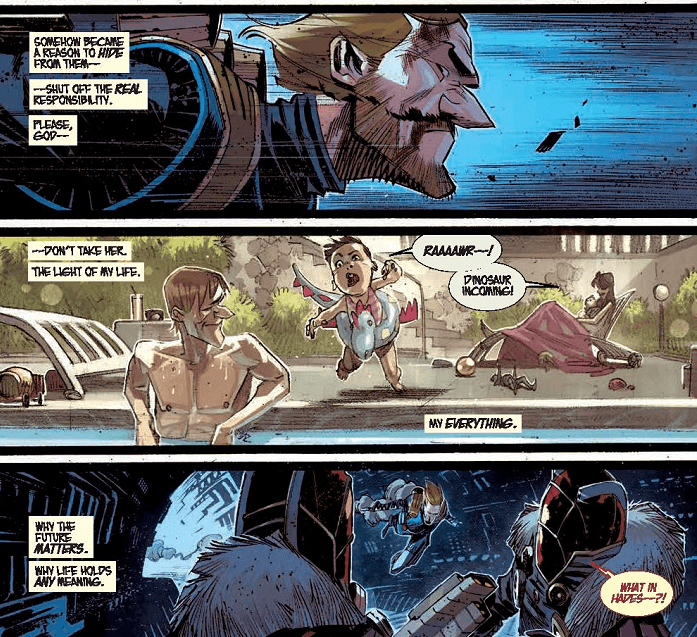 [divider type=”space_thin”]
The second half of the issue deals with the “now what?” part of that equation. The crew is starting to fall apart and they are now aligning behind a singular focus, namely, how Grant has dug them deeper and deeper. This issue has a satisfying pay off as a standalone, but also for how this story will further splinter into different stories moving forward.

I mentioned him briefly before, but Scalera is just KILLING this book. The reason that this book can retain the RPMs at such a high rate is because of Scalera’s pencils and instinct for the action and dialogue panels. He has this way of making the action close, almost claustrophobic in a sense while maintaining the largeness and strangeness of the world it’s housed in.

Black Science continues to be great, McKay might have his best (most honest) moment and the story opens up even more possibilities for where it will go next. All around, just another can’t miss installment of this book.