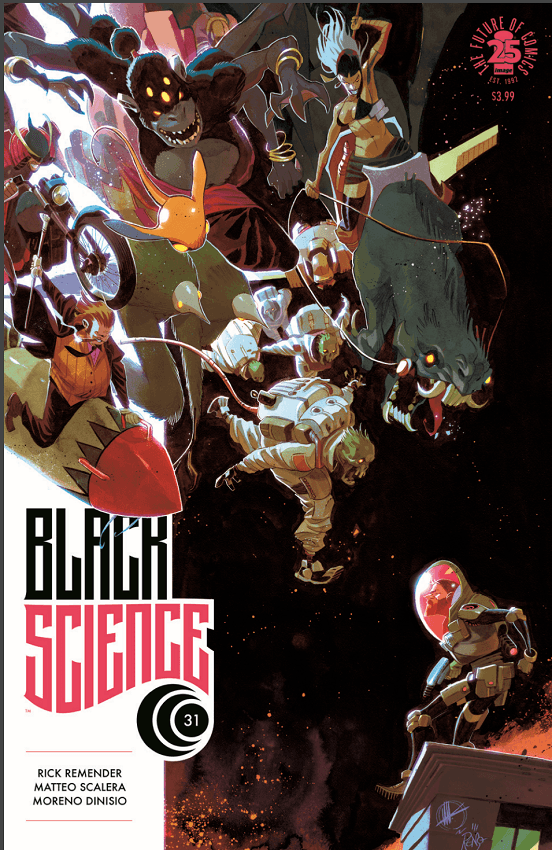 What I think has been fascinating about Black Science is the way that sometimes it takes a new arc and sometimes it re-invents itself. While Grant McKay is still the overall protagonist of the book, this is at least the second time that the book has placed Grant in the background while the plot was moved forward by other characters. As the book has become defined by Grant’s genius intellect, readers like myself wondered when that might have a real effect for the forward moving plot.

Turns out, it’s Pia’s world now. Having stolen the intellect from the witch who basically stole it from her father, now it’s Pia’s ability that determines how they make it out of the biggest crisis yet. Which is saying a ton for this episode. While Grant is the main character, it’s hard to argue that Pia is at this point, positioned to be the hero of this story. 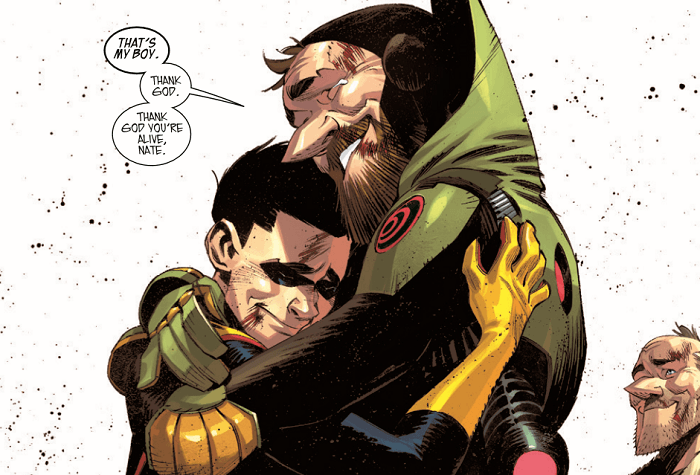 Also, the world is ending in the most over the top fashion. The inclusion of the invaders with the most ridiculous vulgarity is both hilarious and clever, as I imagine it assumes that they have pilfered what parts of the language they assume imbues fear into their opposition. This is also, drawn, incredibly by Scalera, who has mastered the obscure and narrative appropriate character model for these aliens.

Black Science has moved into full “defend this house” mode as all the chickens have come roost for all of Grant’s sins. But the kids, who he at one time thought were sacrificed to his ambitions, are picking up the slack.