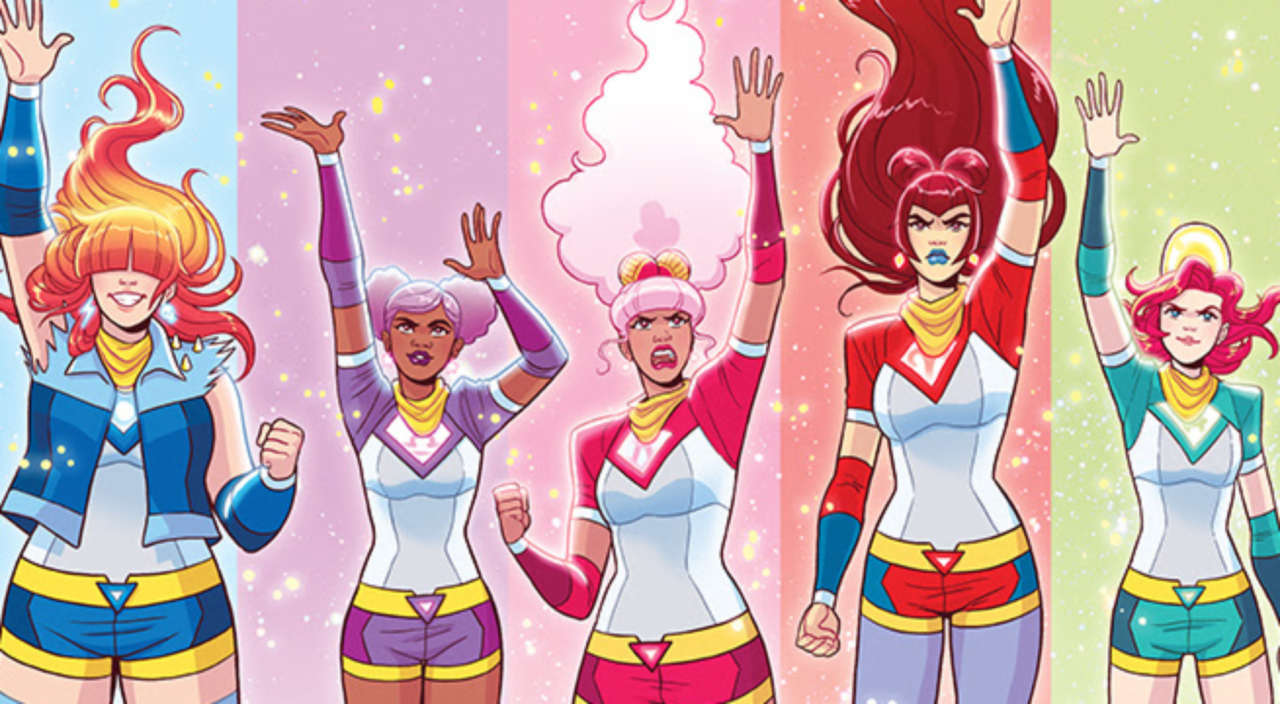 Ever since I was a little girl, I’ve loved magic, and not just Halloween season magic either (although I’d be lying if I said that much like the Winter holiday season busts out in October, the instant the leaves remotely start turning I’m thinking spells and Harvest Moons). Whether it’s your typical mahou shoujo, your Studio Ghibli blend of fantasy, or your kickass Buffy the Vampire Slayer teen warrior, there’s just something about using mystical powers or interacting with otherworldly creatures that inspires the imagination, no matter what age or time. Of course, the problem is that more often than not these series tend to skip the part where darker-than-beige people exist in the world, or add them as supporting roles at best. Well not this year, muggles!

I’ve got your Cosplay Holiday options covered. From witches to magical girls to fantasy heroines and everything in between, this list puts melanated magic where it’s always belonged: the starring role. As an extra treat I’ve even added bonus suggestions for titles Black Nerd Problems has already covered but definitely should be recognized (although if you have additional suggestions don’t hesitate to let us know on social media or in the comments below!). 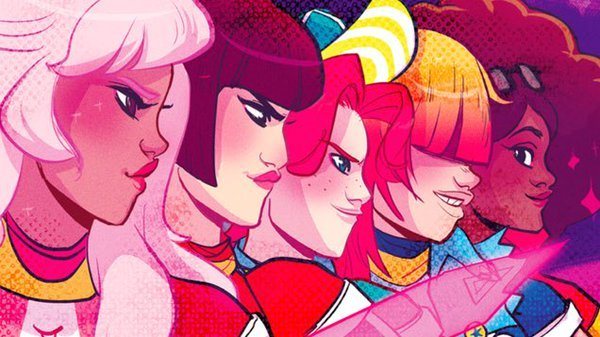 While some of the comics on this list riff off of the magical girl theme and others closely use the well-known tropes, Zodiac Starforce is very clearly a love letter to the genre (complete with several squee-worthy Easter Eggs). Once, the Zodiac Starforce was a mighty group of determined young women who banded together to use their powers to rid the world of evil. In the present? Well, let’s just say they could work on their communication skills. Plans change as Emma Martin, also known as Gemini, encounters what should be a long-extinct foe, signaling the return of the Starforce’s archenemy and the need for the Starforce to unite once more. Will the past be too painful to face, or will the team finally overcome their differences to save a life? Did I mention there’s also the world’s cutest queer romance? Because there totally is. Catch up on all the goodness at your local comic shop or through Dark Horse Comics here.

Bonus: Love magical adventures that are as much about a group growing up as they are fighting monsters? Try Agents of the Realm. 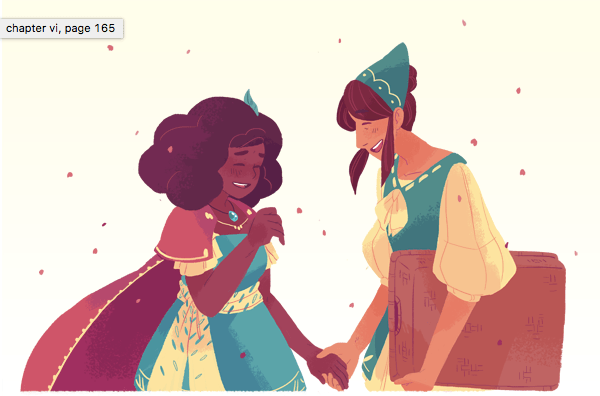 Georgie and Afie are two witches that come from completely different worlds: one dreams of becoming a baker’s apprentice and mastering the secret of human, non-magical cakes while the other is a scholar running away from a failed dissertation and towards her birthright. Both find themselves in a strange town far from home with only their dreams to guide them. A subtle romance, the two’s stories slowly converge, although the future of this meeting is anyone’s guess. This comic is certainly for the Ghibli fans with its soft palette and charming cast of characters. Added bonus for fantasy-based sleeping bonnet, and an extra bonus for end of chapter recipes and spells. You can fall under the spell of these two sweethearts here. 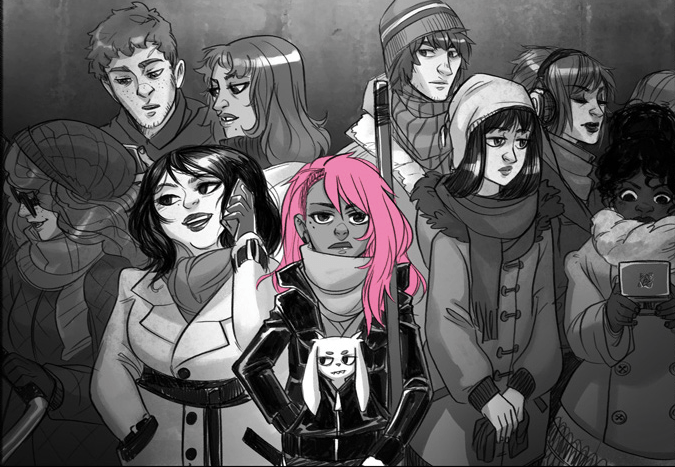 As magical girl enthusiasts grow older, there’s this cynical disconnect that starts to form with watching petticoated teenagers make really dangerous (and sometimes shortsighted) decisions, and Shattered Starlight‘s Farah Shaughnessy knows just this feeling; after all, when she was 14 she was Arcturus, Guardian of Heaven of the Star Guardians. Now at 28, with a less-than-useful furry companion, a broken up team, and a reckless magic record, Farah is being forced back into a world she’d rather forget. But is it a coincidence that familiar foes have returned just as she’s reconnected, or is there something more sinister at work? Between Chartrand’s captivatingly fresh black and white style and snarky humor, if you’re an adult who feels aged out of Sailor Moon then this is the series for you. It also features a budding queer POC romance! Buy the Prologue on Gumroad and find the latest pages on the website here. 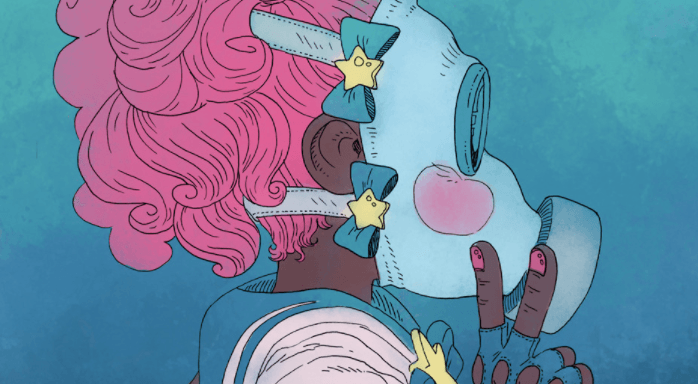 If you thought Shattered Starlight was sardonic, wait until you read a comic where the main character gets paid to play the role of a magical girl. Things can be bad enough for anyone when you have to sneak a smoke on the job, you’ve got a crush on your teammate/coworker, and your overbearing manager won’t leave you alone but for Melita aka Red Star of the Star Sprites, life is a living hell. After all, how’s a girl supposed to live a normal life when she’s constantly being swarmed by fans who range from spoiled brats to creepy otaku? Of course, things could always be worse— like a real magical threat. Read up on this all too real take on the magical girls here.

Bonus: If you can’t get enough of the magical-girl-grown-up genre check out Mahou Josei Chimaka. 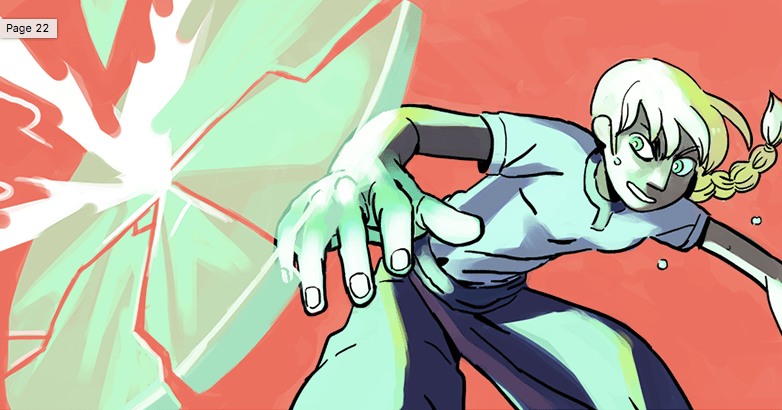 Have you ever read a fantasy comic with rich world building, intriguing characters, a refreshingly original plot, and thought, “But where all the Brown folk tho?” Fear not! In the witch kingdom of Hylain, a realm where your hair length determines your ability, not a single person is white. According to the FAQ, in fact, the entire story is a “melting pot of Asian and Oceanic cultures” and this dedication to diversity really shows in the tale of Nyneve, a young witch firmly against the system she was born into. With conscription into the army ever looming, Nyneve battles with the fear of her past as she harnesses the powers she inherited. This comic also includes in its cast one of the cutest tsundere trans characters you’ve ever read. Forget your scissors at home and tag along for the ride here. 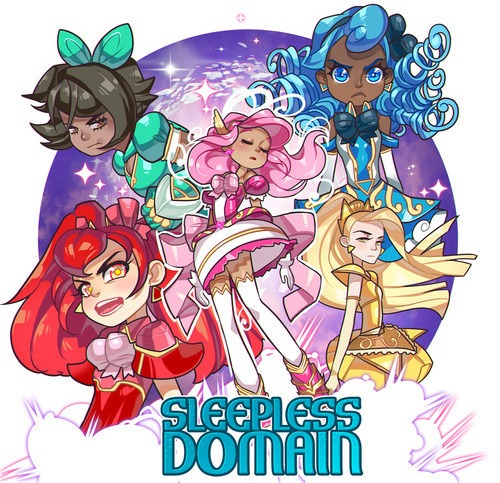 With the success of deconstructed, dark magical girl series like Puella Magi Madoka Magica and Yuki Yuna is a Hero it only make sense that comic trends would also follow this exploration of bait-and-switch to show how grim life of a magical girl can actually get. Without giving too much away, what appears to be your usual rainbow of mahou shoujo girls complete with pink-haired leader turns out to focus on the life of the least powerful among them, Undine of Team Alchemical. As tragedy strikes, Undine starts to uncover darker secrets that come with the life she’s chosen. Who can be trusted when the possibilities of an evil magical girl become more and more real? Find out on the website here! 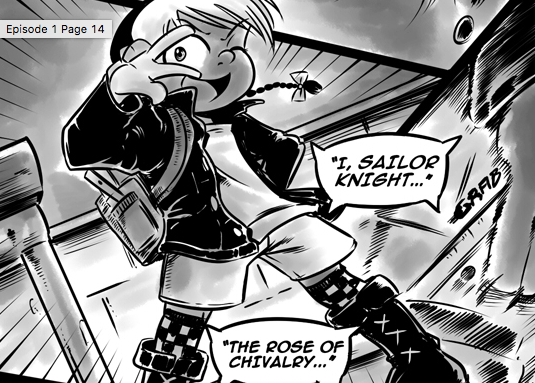 Nicole Kiyohana Rutherford is new in town and if you didn’t know any better you would swear she was a weeaboo, especially with her obsession over Magic Girl Sailor Knight (well, it can’t be any more embarrassing than PDA from both of your moms at the same time). But there’s something wrong with the Bebop Isles and it’s not just the family’s struggle to fit in at school and at work. Legend has it that the islands were home to a particular brand of hero that Nicole has been chasing her whole life— if only she can survive the sudden outbreak of “random battles!” The magical girl’s answer to FLCL, this comic is filled with twists that keep you guessing with each new chapter. Solve the mystery of Bebop’s history here. 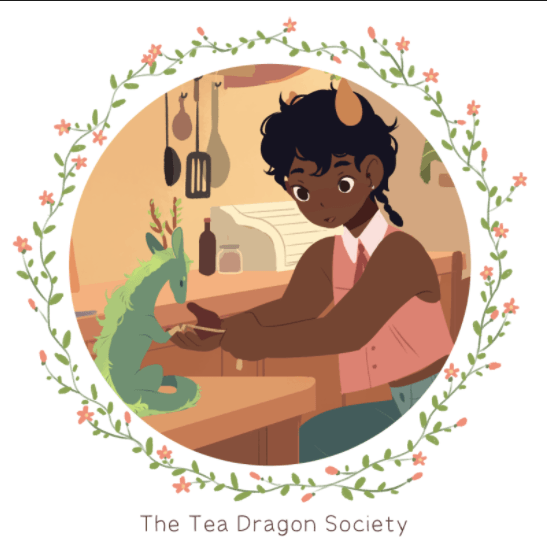 I have yet to be disappointed by a single thing Kate O’Neill produces (possibly because everything I’ve seen features QPOC), and this adorable all ages comic is no exception. Meet Greata, a young Blacksmith-in-training who has her doubts about the family trade until she stumbles upon the hidden world of Tea Dragons, cat-sized creatures whose magic produces the world’s best brews. With the help of a new mentor and a mysterious (and very cute) girl, Greta learns the value of available in your favorite comic shop or at Amazon on October 31st (duh!), or you can catch a sneak peak on the website here.

Bonus: If you dig queer POC romances and magical creatures in cozy quarters, check out Moonstruck.

I’ll admit it: sometimes I just want a world where Black girls can be sweet and sparkly, and shy college first year Heni fits just this description. What are these mysterious giant beasts attacking campus and what do they have to do Heni’s newfound powers? You’ll just have to read to find out! Complete with fluffy talking animal companion, Anima Magica could give any Pre-Cure hero a run for her money. What can I say? Classic mahou shoujo, no chaser.

Bonus: For the mahou shoujo sweet tooth Princess Love Pon has also got all the pink hearts and pure friendship you could ask for. 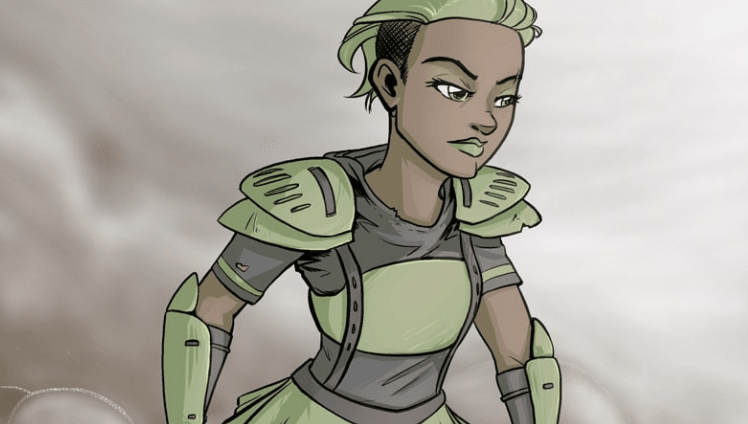 For post-apocaplyptic magical girl lovers, Melee is a wandering witch with a knight motif who scours the countryside for folks in danger. Her story is still just beginning but what we do know is she rocks some beautiful green hair and a sword of fury. Start your epic quest here.

Bonus: If your love of magic weapon wielding WOC with green hair tends more towards the occult, consider Calla Cthulhu.