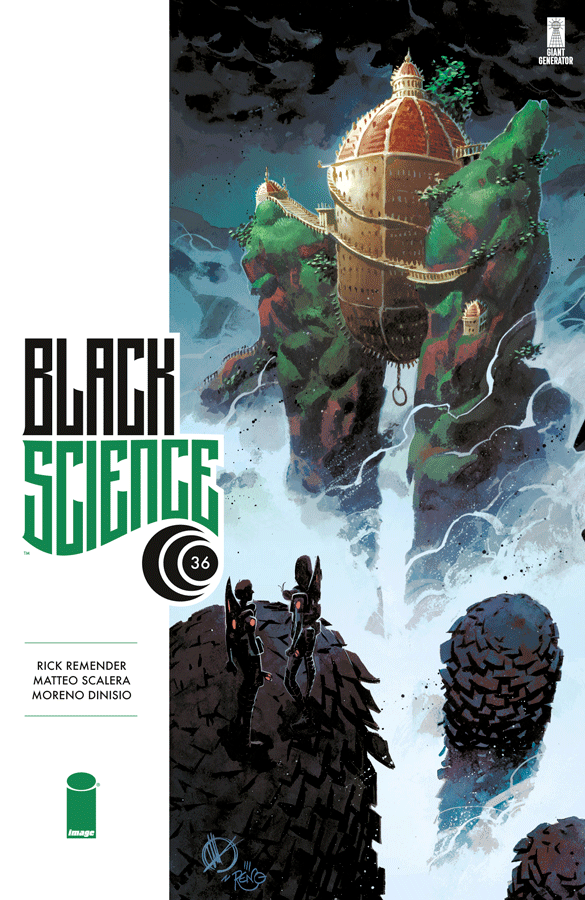 Take Tony Stark’s destructive tendencies (self and otherwise), throw in some Morrison-esque multiversal shenanigans with a little of whatever the hell inspired the Lost In Space reboot and you might have some rough idea of what it takes to come up with Black Science.

Rick Remender’s bulldozer ride throughout space and time is equal parts blockbuster action romp and sci-fi character study of a family that often toggles between being brought together and being fractured by the inherent curiosity of science….and its consequences. And now, as it nears the end of a fantastic run, things get interesting for the McKays (moreso than they already were).

This issue takes a surreal journey through Grant and Sara’s past as they figure out how to heal their own traumas. One of the building blocks of a good story is a compelling protagonist. Without that, the hero isn’t really earning their way to the end of the journey. So, it’s fitting that the Family McKay’s greatest opponent throughout this issue, and this series, is themselves. Of all the threats they’ve faced in the omniverse, none has defeated them and kept them down (particularly in Grant’s case) moreso than their own guilt and fear of what could have been. With almost no action to speak of, this issue was one of the most effective and genuine of the series as far as character development goes. 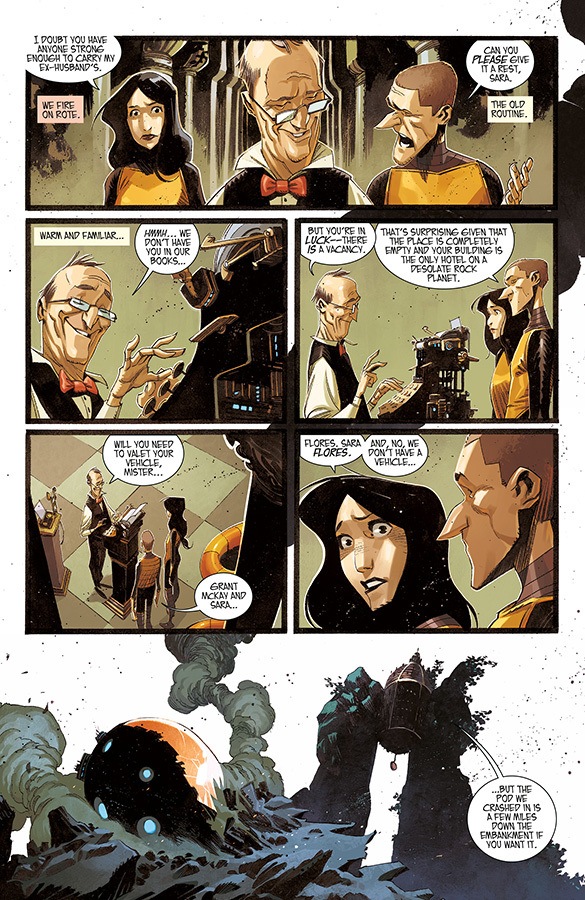 The dialogue overlaps with the characters’ narration to give unique insight into the honesty of the exchange between Grant and his wife. Visually, Matteo Scalera spares no expense to keep each page of this dreamlike couples therapy session. There’s a sensitivity, a lightness to his color palette here that allows you to constantly question where the dreams end and the reality begins (if there’s even such a thing in this book).

Bottom Line: A sci-fi comic that can make a married couple working out their issues into an interesting journey is worth its weight in vibranium. As always, Remender and Scalera are at the top of their game, delivering an issue as emotionally resonant as it is visually arresting. Black Science is without equal every time it drops.

9 Episodes of In Treatment out of 10