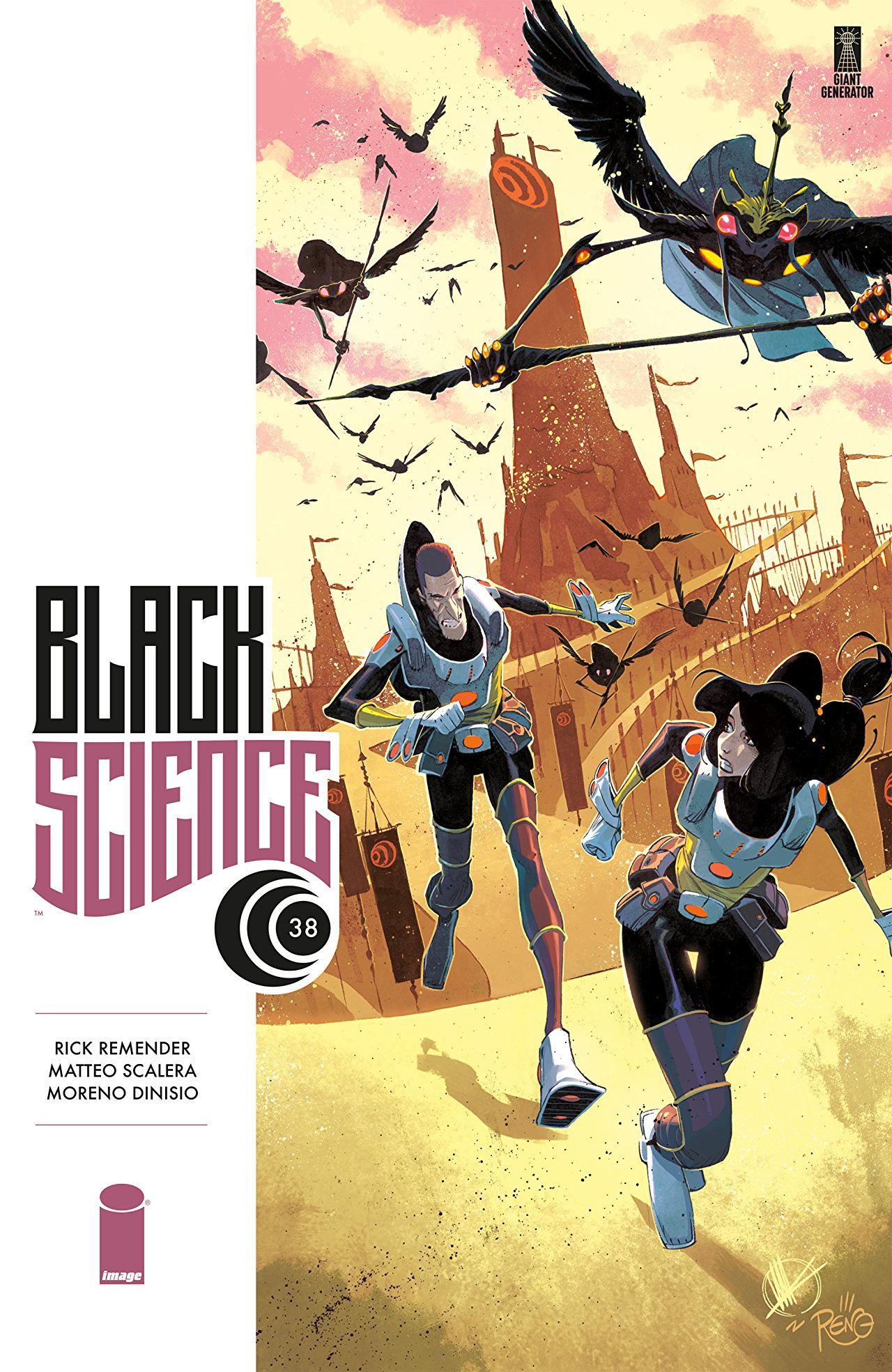 Issue #38 of Black Science takes us on a ride to the center of the Eververse where the Dimensionauts make a last ditch effort to get home to their children. What they find is a mind bender that I am still processing even as I write this review. It’s a mind bender that’s been done before but not quite as good and unexpectedly as it is in Remender’s capable hands. It’s enough to make you think about all you’ve seen in the issues prior but the script itself doesn’t stop to smell the roses and neither do our heroes. Honestly, that’s part of why you root for them. 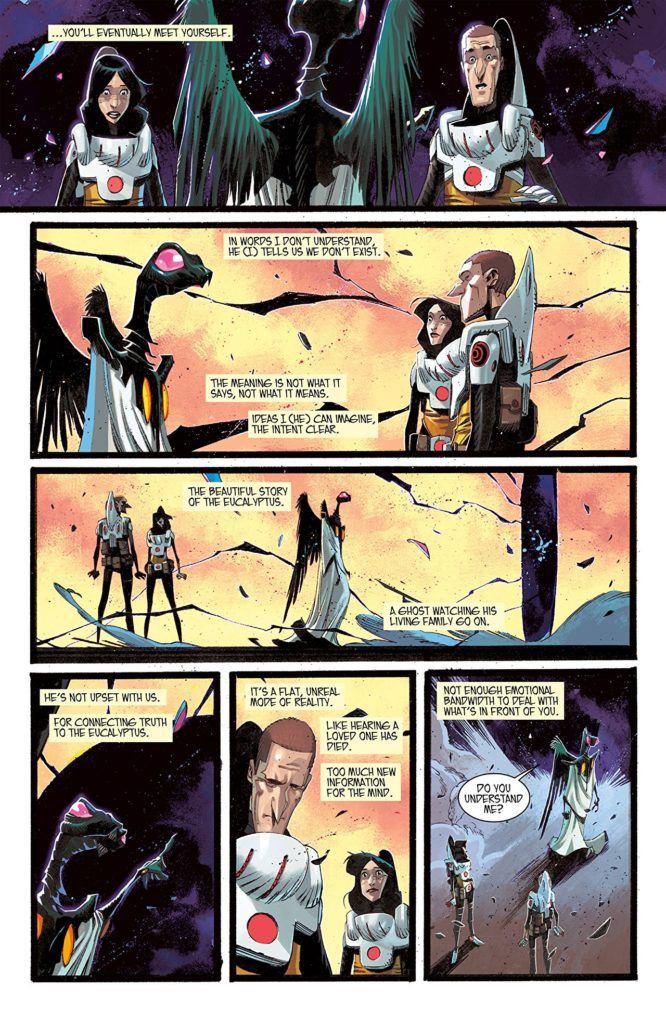 Grant and Sara are like guided missiles determined to reach the end of this interdimensional yellow brick road. Remender deftly crafts a terrific balance between maintaining excitement while still keeping you caring about the protagonists we view this world through. Meanwhile, Matteo Scalera, one of the most consistent artists in the game, is giving us some of his best work on this series yet. Without spoiling too much, there’s a version of Grant and Kadir that we meet very briefly who (putting it mildly) look completely different from the ones we know. With that, Scalera still manages to infuse all that same energy and personality into these alternates. The final splash page has such perfect line work and a gorgeous color palette, it honestly justifies the four bucks on it’s own.

Bottom Line: Rick Remender is taking genre tropes and remixing them like your favorite song. Combined with Scalera’s genius artwork, Black Science is one of the most consistently compelling books on the shelves. I not-so-silently judge anyone who loves comics and doesn’t pick this book up.