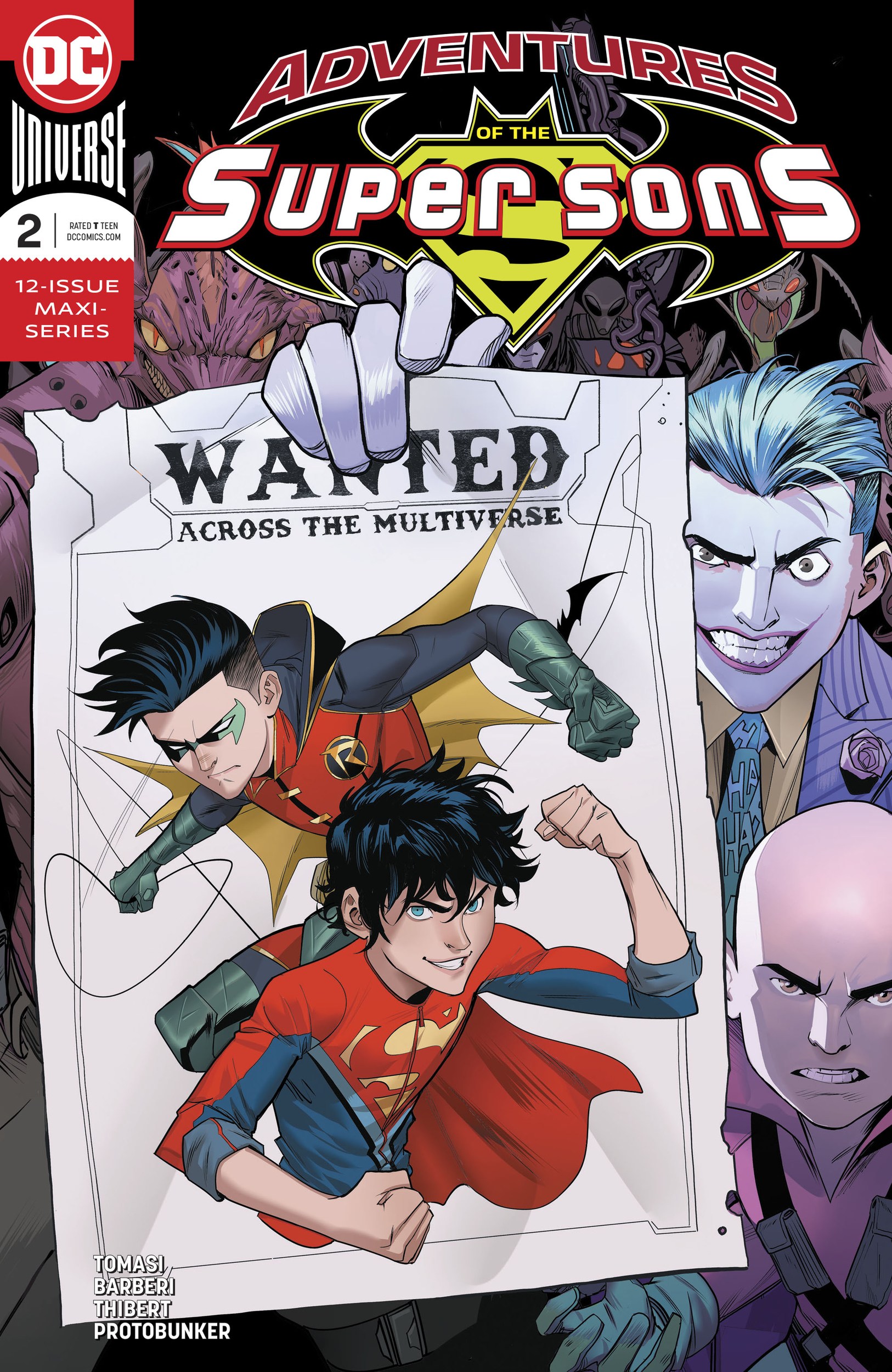 Wanted Across the Multiverse

Between Tomasi’s Superman run and the original Super Sons series, I’ve talked at length about his honed skill of writing children superheroes, specifically Damian Wayne and Jon Kent. However, one the strongest tools in his kit that I have not mentioned is Tomasi’s ability to frame a story. The contextual information that drops some light exposition in Adventures of the Super Sons #2 is fantastically woven into the great narrative while immediately addressing the reveal at the end of the first issue. 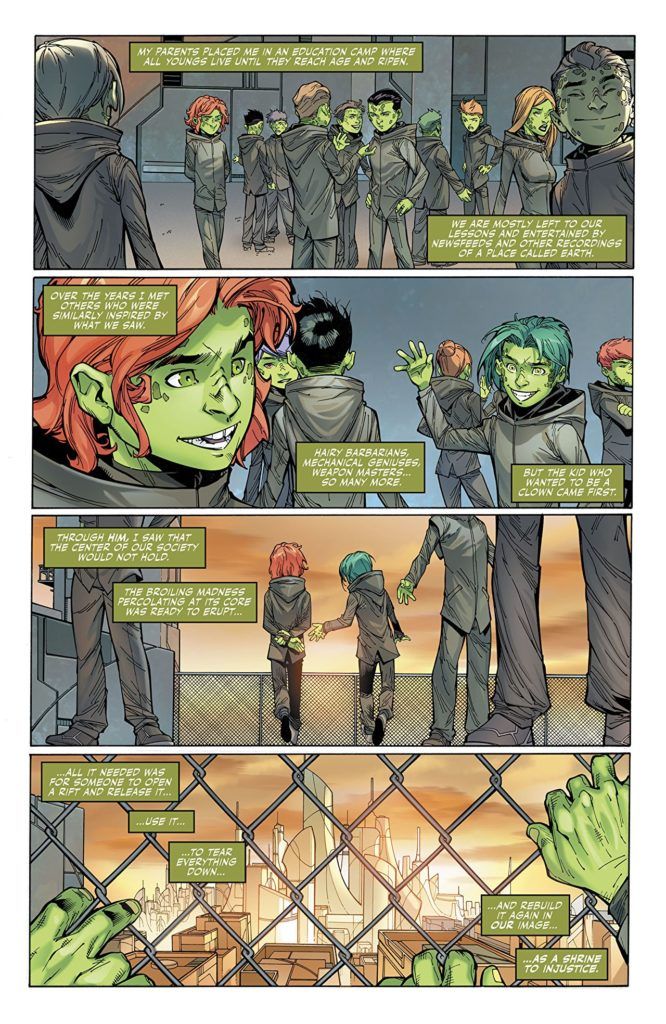 Giving the Action Detectives their own mini-Legion of Doom based on an alien society monitoring Earth seems like a weird decision at first. It instead serves as an interesting commentary on the nature of fandom: two groups watching the same sequence of events unfold and altering themselves in response to it. After Kid Amazo, the Gang serves as a logical progression of villains that drive Robin and Superboy to the limit.

Barberi and Thibert’s artwork is absolutely incredible. The miniature variants of classic villains translates perfectly with all the visual cues, whether it’s the gentler features of young Lex Luthor or small Brainiac or even tiny Joker with smiley face buttons on his sleeve. The action is brisk and when combined with Tomasi’s quip-laden dialog, it remains a joy to read. The panels, bright and vibrant, inject a much needed levity to the pull list, but manage to subtly shift gears for some of the darker moments.

Even as a big fan, Adventures of the Super Sons #2 constantly surprised me. Whether it was the callback to Manchester Black from way back in the original Superman: Rebirth or some of the plot twists in the second half of the comic, there was a smile on my face the entire time. Tomasi captures the spirit of growing up. As out of this world as these adventures are, there are kernels of honesty and truth littered throughout the issue. Out of all the comics in the DC roster at the moment, this remains my favorite title by a mile and a half.