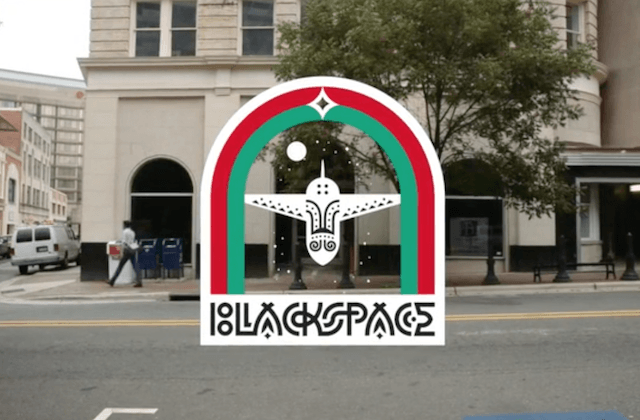 [divider type=”space_thin”]
For the past two years, tucked away in the middle of North Carolina, the brainchild of Pierce Freelon has been at play. And in that time, it has grown and matured, and now needs to branch out into a new space, a Blackspace.

Freelon, a Durham native and University of North Carolina grad earned a B.A. and Masters in Black Studies and afterward sought a way to tie his love of art to his passion for activism. Through the inspiration of his grandmother to “bloom where you are planted,” Freelon gathered his resources and marshaled a team to form his first site for pan-Africanist social entrepreneurship in the heart of the Old North State. The focus would be on Black youth and Youth of Color (ie, the future), exposing them to resources and experiences that would develop their skills and talents in diverse, creative ways.

The first site, dubbed ARTVSM for the union of art and activism that inspired its conception, is run by equally passionate ‘artivists’ who teach workshops ranging from beat-making to puppetry. Freelon, who already had success co-founding “Beat Making Lab” for PBS, continued to build new and exciting opportunities focused on youth in Chapel Hill and surrounding areas.

One of which was the Black August Summer Camp. Over two weeks the camp had workshops connecting the struggles of freedom fighters from the Congo to the Americas using music, film, and other mediums to center art as the impetus of political change. Now, with Blackspace, Freelon’s vision will expand beyond two weeks, beyond Chapel Hill, and into Durham. The new site, at Durham’s Underground, will be a prime location to attract youth from schools like Hillside New Tech and Durham School of the Arts. This youth focus incorporates attendees interests to produce original, eclectic content. Interested in an animated film featuring Yoruba deities? Youth at Blackspace have already created it! The positive affects of self reflective media can not be understated, nor can the importance of gathering youth of color together to learn and produce their dreams for self and community. Freelon is a veritable Professor X, now he just needs his mansion.

The Blackspace Kickstarter campaign aims to do just that, allowing Pierce and his team to move into a new location with the room and technology they need. There they can carry on teaching youth about video editing, computer graphics, social entrepreneurship, and more…free of charge. Consider helping Blackspace to continue nurturing young minds in an environment of acceptance and growth toward cultural pride and their own unique Afro-futures.