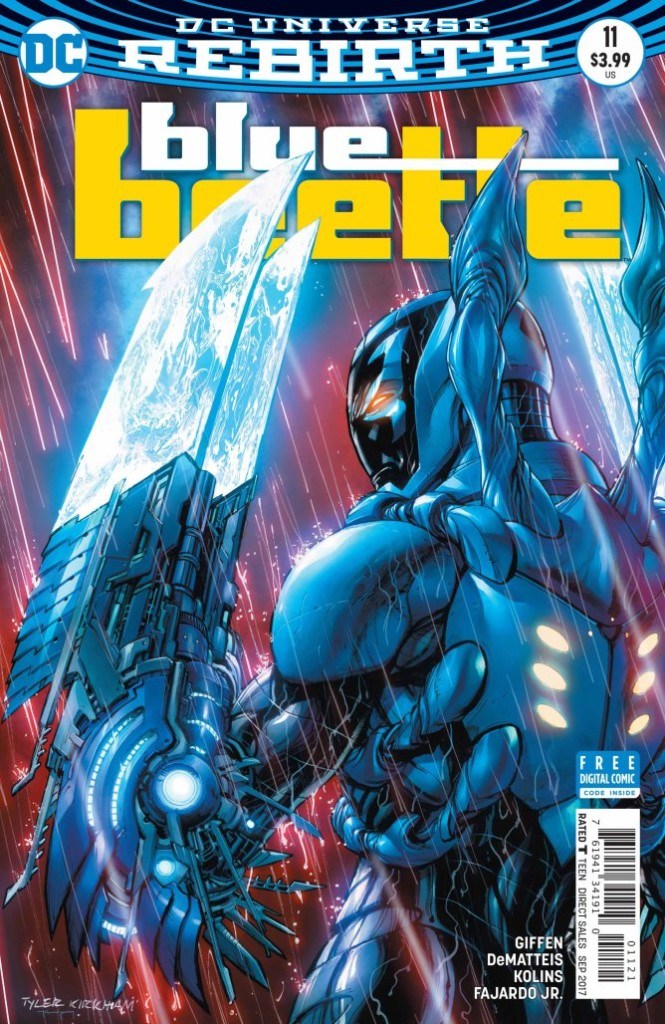 Jaime Reyes comes out victorious on the other side of his first major villain battle. Also, Jaime almost gives Ted Kord another heart attack with his prank of the Scarab taking full control of him, that was a great touch by Giffen and DeMatteis. I’m glad we didn’t get the typical story of Jaime having to regain control,however, Jaime is noticeably different in his attitude. He’s more on edge and snappy which may be die to the Scarab’s influence as well as anger or resentment at his own choice of re-bonding with the Scarab.

Griffen and DeMatteis focuses a lot of this issue with dialogue. First between Dr. Fate and team Blue Beetle, the citizens getting back to normal, Jaime’s parents and sibling, Brenda and Paco and finally between Jaime and the Scarab. The Scarab is finally more mellow due to the re-bonding (it’s now similar to when it got to know Jaime way back in their first series together) and we’re seeing the beginning of the partnership we’ve been waiting for. 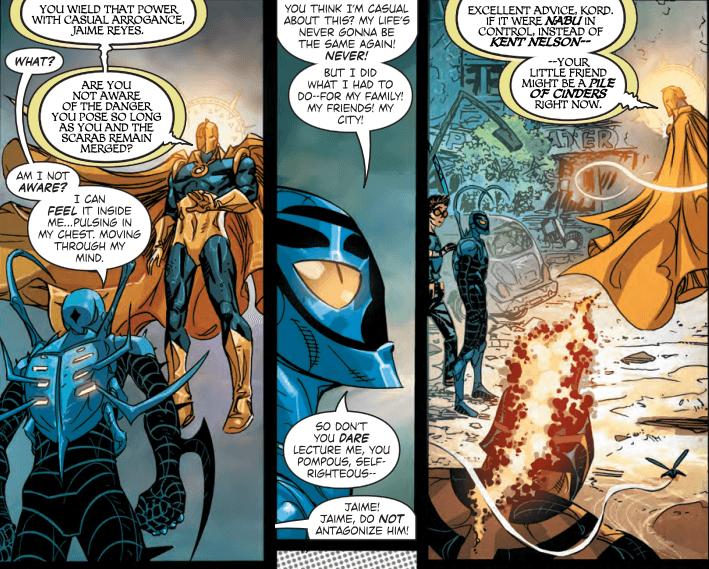 Kolins does overtime with the artwork this issue. There’s a lot of detail focused on the characters during their dialogue. Jaime’s frustration runs rampant across his face as he is short with folks while trying to hide just how agitated he is. Kolins conveys that perfectly. It’s a perfect blend of teenage angst and being bonded to a weapon of mass destruction.

The supporting characters have more of their story fleshed out while we get a look at the dangers Jaime will be facing with some old and new villains. Blue Beetle is playing a long game with the current series that is still worth getting involved in.