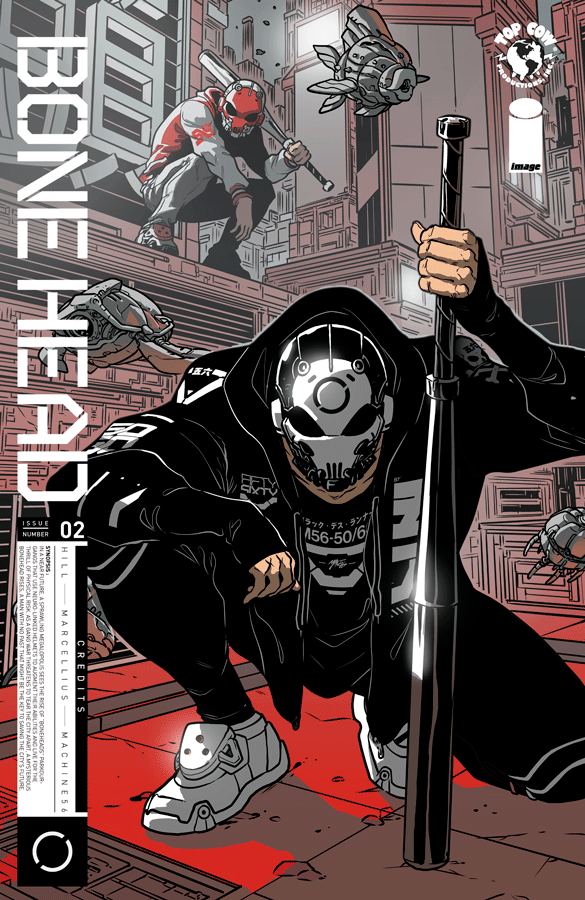 Bonehead, consistent with its theme, sprints forward this issue.

After proposing so many questions in its debut, Hill has now narrowed down on one main mystery to drive the story forward. Everything else is clearing up. Mysteries are fun, but you don’t need to spend 22 issues posing more questions than you’re answering, so I appreciate finding out so much this early.

We got loads of backstory this time around which inform us a lot about some of our main characters. In the first issue, we were dropped into this world and left to grab at whatever we could to figure out who these characters were and what they wanted. But now they’re starting to round out and their motivations are bubbling to the surface. 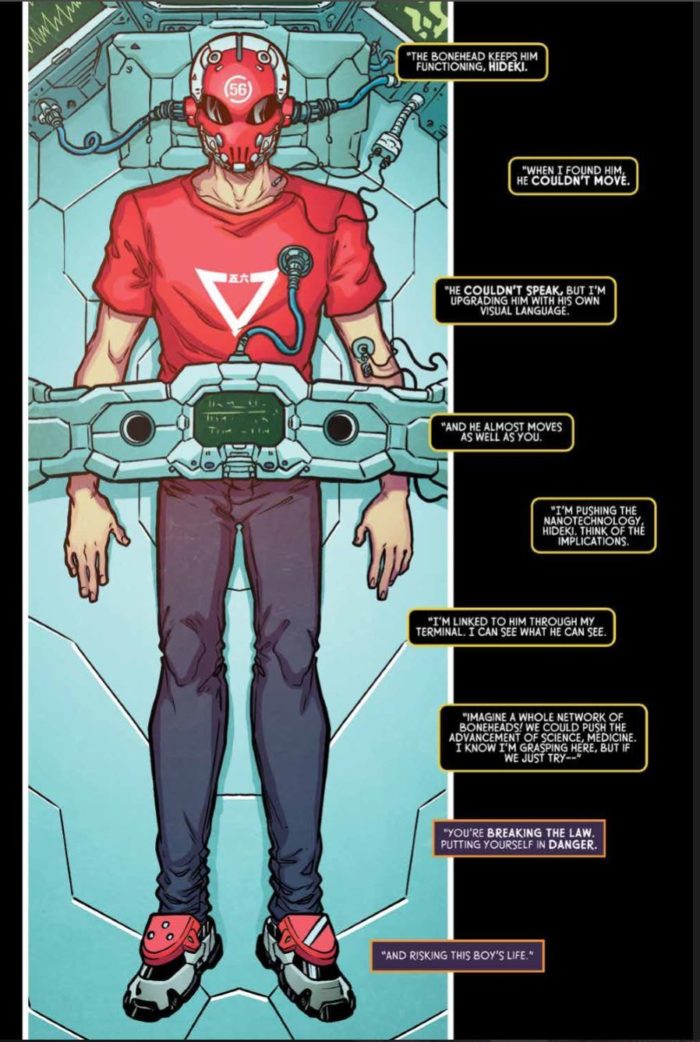 The one thing that still remains a big mystery is 56. But that’s how it should be. We learn some more things about him, but there is still so much left to be desired. Oh yeah, and by the way, he’s for sure a dude. They finally say “him”.

This series shines when 56 is on the page because whenever he’s there, the story progresses. And in a world that is riddled with people jumping from roof to roof and skipping off of drones, he still stands out as the most unique.

While we got a lot of things cleared up, I wanted more 56 in this issue. He’s the topic of literally everyone’s conversation, but we don’t see much of him this time around. It was nice to get some background and context to who he might be but I’d like to learn more about these things from him. Or at least from scenes he’s actually in. He’s very unique, and with his silence, there are so many opportunities for fresh and out of the box storytelling. When he’s not present, things don’t feel as special. Don’t get me wrong, Bonehead has some interesting characters Like Hideki the Gladiator (cop). And Pumpkin Juice (another Bonehead), but 56 owns every scene with his covered face and quiet demeanor. I just like him, okay?

The art continues to be great. Marcellius really knows how to convey brisk and tight action. It especially comes through with the panel layouts. He gives us pages with thin vertical panels in succession to mimic speed. And he rips the panels and even backgrounds out altogether whenever someone jumps from roof to roof. It really gives off the feeling of weightlessness. This is Parkour, remember?

Hill & Marcellius deliver a fast-paced issue filled with backstory and insight. Interesting relationships are on the horizon and our protagonist remains an elusive enigma. I just hope to see more things from his perspective in the future as the story is at its best when he’s at the forefront.