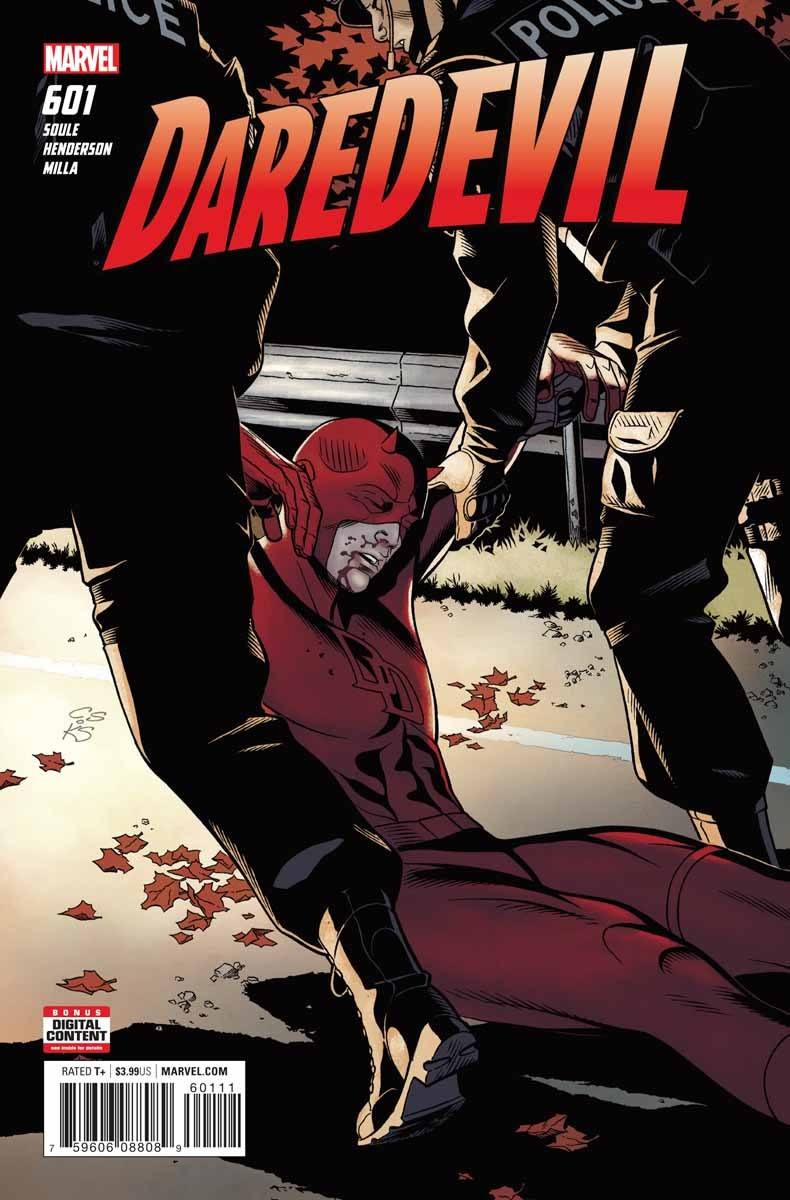 It’s my favorite time of the month! Daredevil by Charles “Goddamn” Soule came out this week. Number 601 brings a new artist into the world of Matt Murdock — Mike Henderson. An obvious question for this book: the 600th issue milestone gave us a Defenders-plus roster of heroes and concluded the Mayor Fisk storyline. How do you follow that up? “Mayor Murdock” . . . OK, then. Daredevil #601 begins Matt Murdock’s unexpected role as mayor of New York City. With Wilson Fisk incapacitated by means of ninja arrows, Murdock finds himself as the leader of the city during an invasion by The Hand.

This book was fun as hell, combining two aspects of Daredevil that shine bright: fighting ninjas and political jujitsu. In battle, Daredevil is a serious, disciplined warrior; an appropriate counterweight to his frequent ally, Spider-Man (Spidey’s in this story-line too, btw). It is easy to forget that in the fray of politics and law, Matt Murdock is often a cocky jokester. Soule captures these two sides of our hero well in this book. After recently reviewing another title with prevalent ninja battles, I mistakenly took it for a shallow crutch to make a story fun and interesting. Soule set this story up right, understanding Daredevil’s publication history. In hindsight, I feel like I should have known that weaving the Hand into this political action story would be genius. Color me blind, it took me by complete surprise while still meshing expertly into the story-line.

Mike Henderson is a solid artist in this book. In a story where half the book is dedicated to conversations in a mayoral office, faces need to be on point. Henderson delivers lovely visuals in a frankly mundane setting. His action scenes in the beginning of the book are impressive. The cream of the crop, though, has to be a shot of Daredevil holding a katana with police lights illuminating the background. Henderson will be on this comic for the next few months, at least. I look forward to gushing over his work alongside Soule.