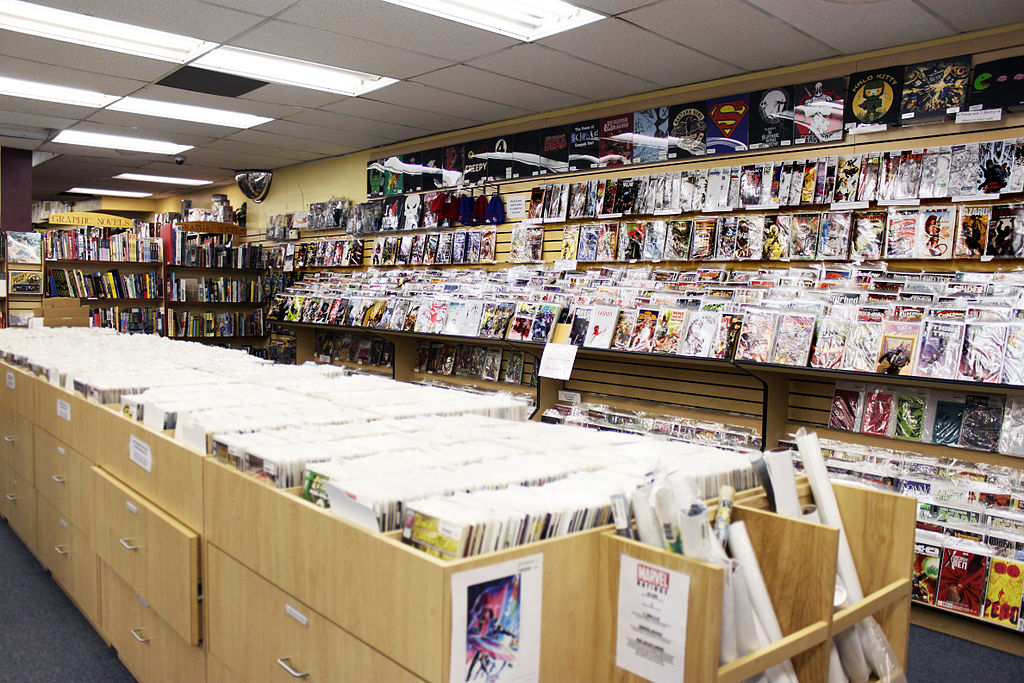 As a casual comic book reader, you may or may not be aware that the only reason you’re able to get comic books is because there’s a delicate system in place to ensure it.

In short, comic book publishers (DC, Marvel, Image, Boom!, etc.) send books to distributors, who then ship them to stores who ordered them months in advance and those stores sell them to customers. The money spent on these books then goes back in the opposite direction—with everyone taking their respective cut along the way, of course—until the publisher gets what’s left.

For more than 20 years, as numerous publishers and comic book stores have come and gone, one part of that process has remained locked in place with no real change: Diamond Comics Distributors.

That is no longer the case, as DC Comics shocked the comic retailer world this week by publicly severing its relationship with Diamond, which has had a virtual monopoly on all North American comic book distribution since the mid-1990s.

It may not feel like it, but this is probably the biggest thing to happen in comics in decades. It’s a true shock to a system that’s been, at times, seemingly both hanging on by a thread and on the verge of a new era.

How did we get here?

Despite everything you may have learned in U.S. History, monopolies still exist. And Diamond’s relationship with North American comic book distribution couldn’t be described any other way.

Which is why it was such a significant blow to the comic book industry when COVID-19 spread throughout the world and Diamond’s response was to temporarily cease all production and distribution of books. Then Diamond announced that it would have to withhold payments due to cash flow issues two weeks later.

This was definitely a major blow to an industry that starts producing content months in advance and operates on a delicate schedule. Not only was money being lost for everyone in the delivery chain, but production timelines were completely thrown out of whack.

This is when DC likely started looking for solutions by way of alternative publishers. In April, DC released a statement to retailers that announced that it would be coming back sooner than expected after partnering with two new publishers to release content.

Lunar, which is owned by DCBS, will distribute books to the western half of the United States, while UCS, which is owned by Midtown Comics in New York City, would deliver to the eastern half, according to Den of Geek. Thus, ending DC’s partnership with Diamond after they deliver June’s books.

A spokesperson from DC told The Hollywood Reporter, “After 25 years, DC and Diamond Comic Distributors are ending their long-standing relationship. Moving forward, comic book retailers can obtain their DC books from Penguin Random House, or their books and periodicals through Lunar or UCS comic book distributors. DC continues to be committed to providing the Direct Market with best in class service and the fans with the world’s greatest comic books.”

While COVID-19 may have been the straw that broke the camel’s back, there have been whispers that Diamond Comics wasn’t in a good financial position before anyway. As you could imagine, losing a publisher that can be connected to 30 percent of Diamond’s annual revenue will surely make things that much harder down the road.

Mixed Reactions from Readers and Retailers

The response to this news varied depending on where people were in the comic book pipeline and how invested they were in the status quo.

For readers who purchase comic books digitally, the view was essentially no harm no foul. They’ll still get their books the same way with the only difference being that DC Comics will soon come out on Tuesdays instead of Wednesdays. (Marvel, on the other hand, has chosen to stick to Wednesday releases moving forward.)

When this was first announced, some readers actually assumed that digital releases would still continue and comics would embrace a new wave of technological advancement. Their thinking was that the industry would inevitably blossom from the support of a captive audience of readers with way too much time on their hands and a growing “to read” pile on their smartphones and computers.

But due to deals that Diamond had in place with publishers, this didn’t happen. Instead, for more than a month, no new comics were released by the biggest comic book publishers in the world as fans waited for new stories.

Perhaps DC felt this was a missed opportunity to significantly increase readership in the same way that companies like Zoom, Nintendo, and Slack did.

But innovation always comes with a price. And the price of comic books being fully embraced on digital platforms instead of being purchased at local comic stores—many of which are independently-owned, small businesses—is a price too steep for anyone to pay.

That’s especially how retailers felt, and many of them expressed their discomfort with the news publicly.

“A shortsighted rushed move by DC,” DanDegnan of South Side Comics in Pittsburgh told Den of Geek. His most immediate concern is the “…lack of point of sale interfacing, no plan for international accounts, immediate burden on new [distributors] to field a massive volume of questions and concerns, and pulling August solicits after releasing are just a few of the ripple effects. Another source of freight costs will dig into retailer’s thin margins too. I’m ok with marketplace competition but DC needs to play the game within the constructs of the [direct market].”

Only time will tell how much this complicates matters for comic book stores as they now have to establish and navigate new relationships with multiple publishers at once. Times are hard all around right now, and the world is complicated and fluid enough as is, so changing a 25-year-old system is understandably a bit off-putting.

While their concerns about logistics and extra costs are definitely valid, there’s also some general aversion to change riddled throughout the criticism of the move.

Comic book shops, especially the best of them, are far more than a place to visit once every blue moon to buy books. They’re also a community center for those interested in all things nerdy and more with panels, game nights and many other events. It’s a place for people with similar interests to meet without the separation of technology or the cost of convention admission.

At the end of the day, I believe this move will ultimately be for the greater good. Monopolies, in general, are a huge risk for all involved parties and this separation helps ensure that we’ll still be able to get our comics on a semi-consistent basis [*fingers crossed*] the next time there’s an event of global proportion.

As a fan of comics, it’s now important to do what you can to support the community by giving your dollars to local stores and sharing your favorite stories so that the community can grow.