Rural Texas lays the backdrop for Bull, a debut film by director Annie Silverstein, co-written with Johnny McAllister. Its star is a young girl named Kris, played by Amber Havard, a quiet, high school-aged girl whose teenage years are less about school dances and more about the sobering responsibilities familiar to anyone raised poor: raising your siblings, helping around the house, navigating the ever-present opportunities for trouble that can shatter the thin ice beneath your feet, landing you homeless or in prison. Kris’ mother fell into the latter, as Kris visits her regularly, embarrassed to share the trouble she found herself in at school or learn more about their dire financial straits. 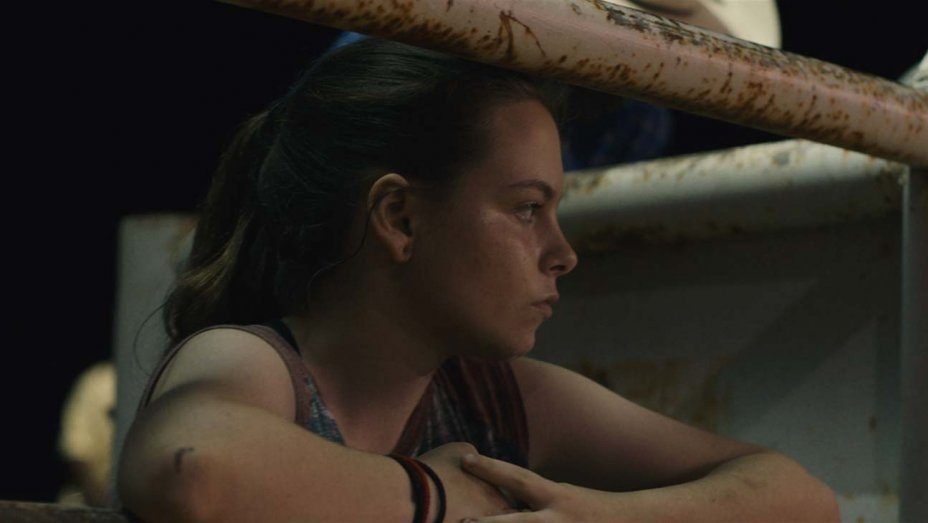 Enter Abe Turner, played wonderfully by Rob Morgan. A veteran bull-rider with a broken, aging body, Abe is Kris’ next-door neighbor. His world is invaded by Kris throwing a teen party of racist pubescent boys and trashing his home, a breaking-and-entering charge that Kris is forced to compensate by cleaning the damage. Of course, Abe is older and cantankerous and wants nothing to do with Kris, and the story of Bull is his eventual softening towards mentorship of the young girl finding her way.

Their unnatural pairing comes through bull riding. Despite being a dangerous sport — we see its brutal outcomes on Abe’s body through the film — you find yourself hoping bull riding provides a better outcome to Kris’ life than the delinquency that is her alternative. At the same time, Abe could continue his passion through an heir as he ages out of the only life he’s known. And while the wider reaction to Kris and Abe’s pairing is a natural endearment, I suspect a Black audience might have the same need as me; a need for parity what they get from their relationship and a search for Bull to divert the lion’s share of emotion for the young, white girl.

And that’s the risk to a story like Bull‘s, the potential pitfall of the endless list of stories of Black victims shown as admirable by overcoming their victimhood with service. Bull doesn’t shy away from the racism of young white kids in rural Texas — expect them to speak epithets comfortably and often. It also frames Abe’s life as more dynamic than his involvement with Kris: he had a life before her and outside of her, complete with work and romance. And while he receives help from Kris and an implicit budding fulfillment in their growing relationship, your mileage may vary on whether you find Abe’s life better or worse for having Kris forced into it. The question of whether the film effectively focuses your emotion towards both Kris and Abe might determine whether the humanity in Bull encourages you or makes you angry.

A film about the white working-poor on the edge of poverty, Bull shines its light on what’s often called the “real” America, the working-poor, the forgotten voter. It also broadens that picture, doing what I feel is a wonderful job breaking the stereotype that a rural Texas rodeo would be all-white, having several scenes of rural Black Texans, both young and old, living their farm life, talking shop as if at the barber, tailgating the rodeo as if a football game. Havard and Turner make for convincing leads, sometimes suppressed and other times volatile. An intimate and slow film, you should find space to feel deeply for both sides of the pair searching their way through their next phase in life.

Bull is available for digital streaming Friday, May 1st.