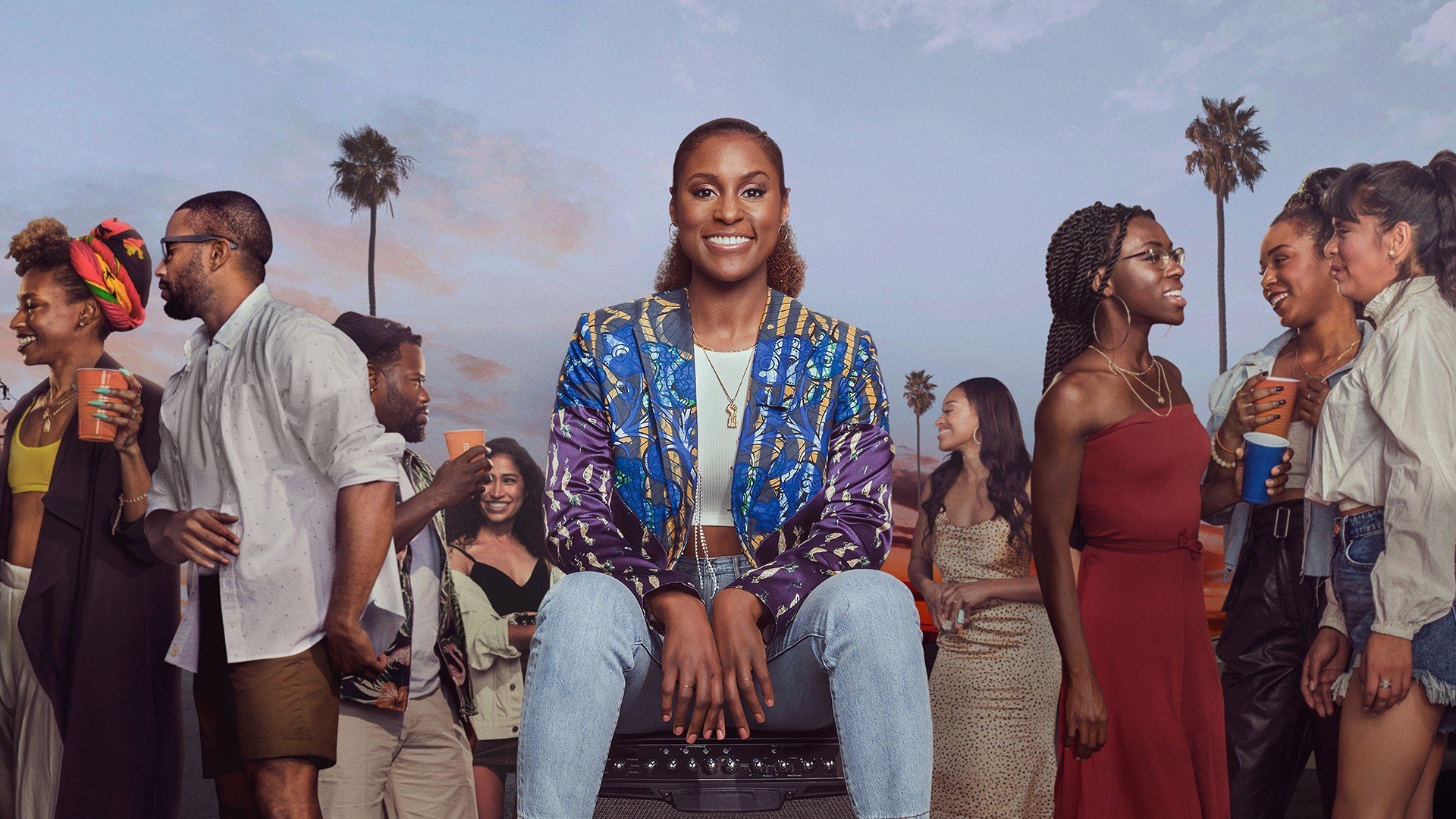 ***Spoilers sweet as sugar/diabetic to the first degree***

Straight out the gate, tho?! Issa ain’t messin’ with Molly no more. Oh, that’s how we kickin’ off the first episode of the HIGHLY anticipated fourth season of HBO’s Insecure? Damn… Let me back up a bit. There are so many things going on in the first episode. 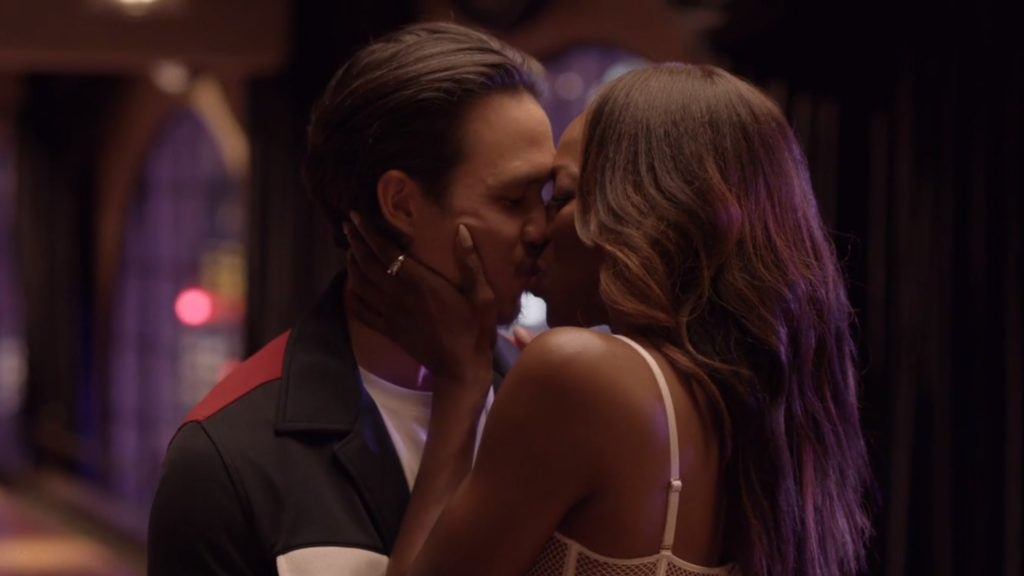 There’s Issa and TSA-Bae. Shout out to the big boys getting adequate booty screen time in a positive light. That scene could’ve turned full Lela Rochon/Wendell Pierce a la Waiting to Exhale real quick. Then we have Molly and Asian bae (Andrew), who we met in season 3. It’s good seeing them together, albeit with some luscious lock loss from Andrew (I’mma need that hair back, sir). Oh, but the kicker is Condola (new friend and business partner of Issa) and Lawrence (Issa’s ex-bae). WHEW! That one right there… 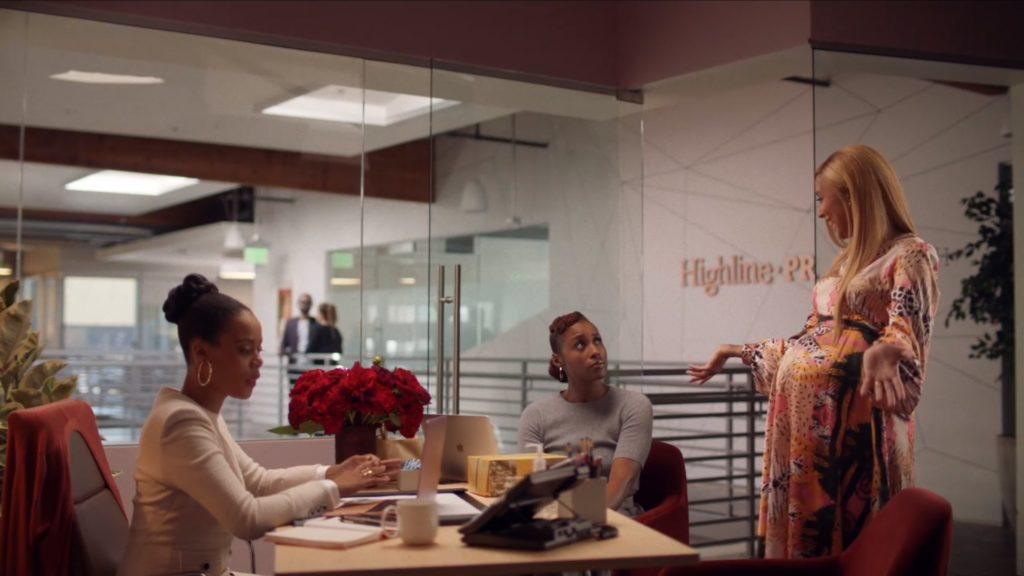 The friendships are going hard this episode. Molly and Issa are definitely having some… odd energy between them. Issa and Condola are cool even after they awkwardly find out that Condola and Lawrence are together (yeah, thanks Tiffany). These two have some notable awkwardness after the beat dropped, but they sucked it up like big girls and kept working together on the block party. Tiffany. Well, Tiffany stay messy and selfish so ain’t nothing new there. Kelly still flexin in these sheets, I mean streets… no, I meant sheets. The only shit that seems to be going down is between Molly and Issa. Molly seems to have her panties in a bunch about Issa continuing to work with Condola, and Issa ain’t playing when it comes to telling Molly about how she’s always finding a flaw in one of her relationships. When Issa passed by Molly taking the trash out after her block party fundraiser, I wanted to scream “MESSAGE” Spike Lee style, honey. This friendship seems to be headed toward a landfill. TSA bae was down for Issa more than Molly in this episode. Church. Henny. Hype man. 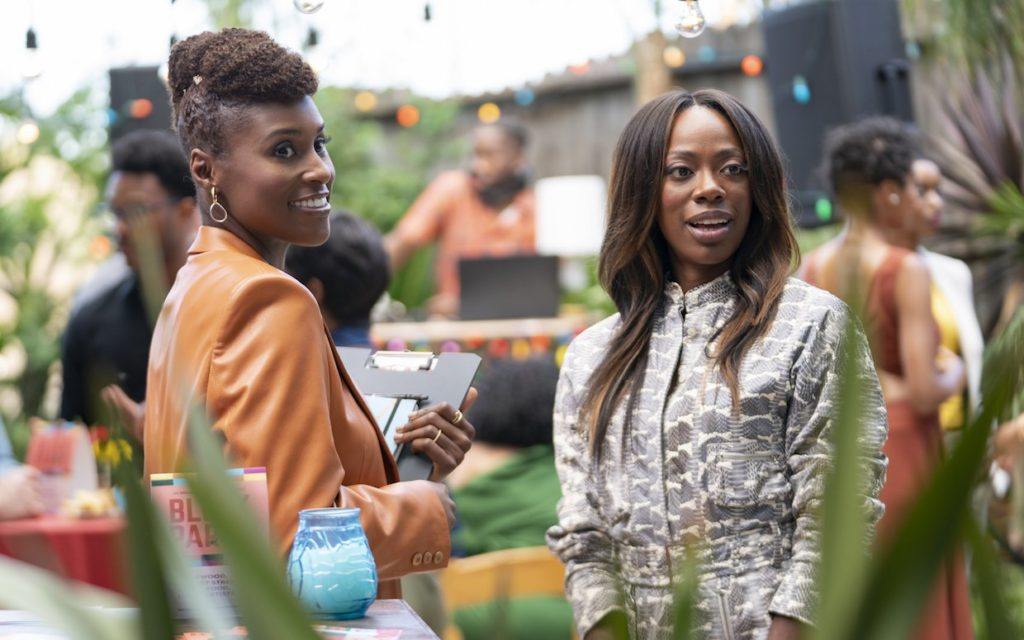 Looking for Latoya: Insecure is always giving us the show-inside-the-show real shit! That cameo from Tasha had me sent. How does she know Latoya? Lawrence just watching this show, not acknowledging that Tasha is in it? Did. he know Latoya? Where is Latoya? Questions that need answers, yo.

Molly and Andrew (Asian bae) start the episode off on a good foot, Issa and Condola are working through the awkwardness and committing to the #workfren vibes to get the block party poppin’, and the girls stay coming for our feelings with all the costumes for Halloween.

Issa ain’t holding it back with Molly when it comes to searching for relationship flaws. “Don’t pick up nothin’ that don’t serve you, girl” needs to be quilted and hung on my front door right the black fuck now. Issa spittin’ proverbs. It’s one thing to want more from a relationship, it’s a whole ass ‘nother to be expecting 1-year conversation vibes 1 month into a new non-exclusive ‘ship. Molly about to set Andrew up for the woo, like usual, and clearly Issa is done with this particular pattern of behavior from her bestie. 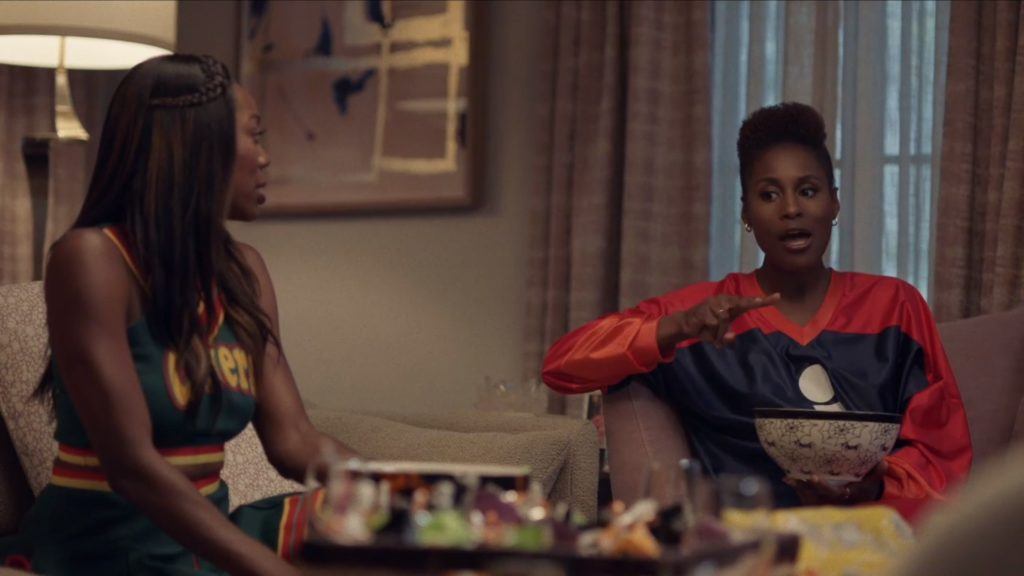 Then you got Lawrence all in his feelings about Condola and Issa becoming friends and chatting about his condiment choices. All in his feelings over…. what, exactly? Mayo? Is that conversation worthy? Would you rather them have beef? Ugh. Molly in her feelings about Condola and Issa, too. #NoNewFriends is a vibe, but boxing your bestie into some odd ass situation with no room for anyone else is shady. You been in, Molly. Stay in where you fit in. 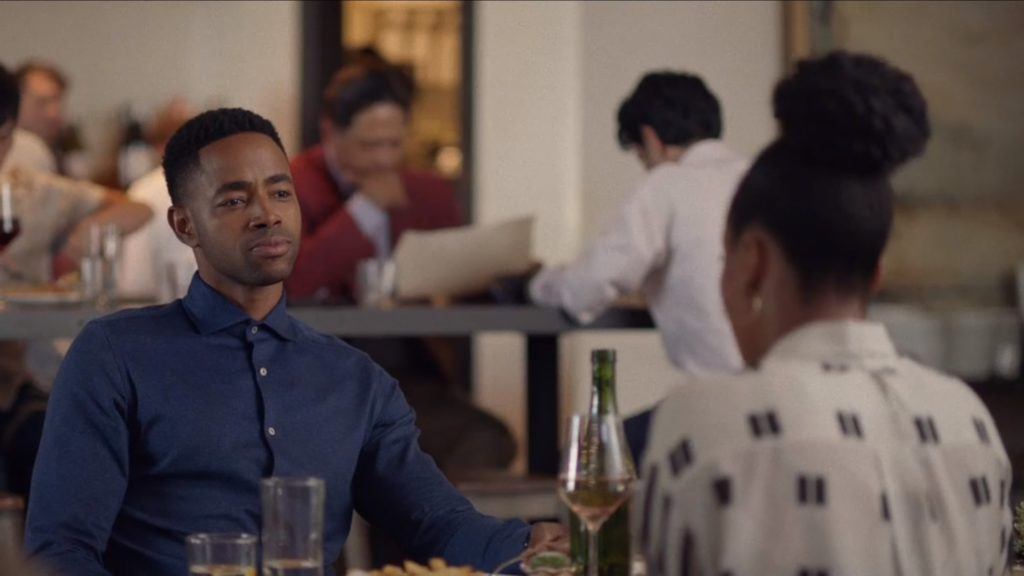 I’m Tired For You

Molly and Issa stay on this merry-go-round of being there for each other, not being there, being real, being shady, fucking up and making up. It’s hard to watch this season, but honestly, it’s been a roller coaster for years now. Issa is out making moves for this block party that it seems like Molly could give a fuck about. Molly is digging into her relationship with Andrew – trying to find their vibe on a deeper level, while semi-sabotaging what’s working, and Issa is expecting the absolute worse to come of it. At what point does it end? Issa’s career is a Cinderella story waiting to happen, and Molly may be nearing her happy ending. The problem is, can Molly and Issa have a friendship that survives codependency or is self-care Sunday a flimsy beige bandage tryna piece this seemingly scarred friendship together? 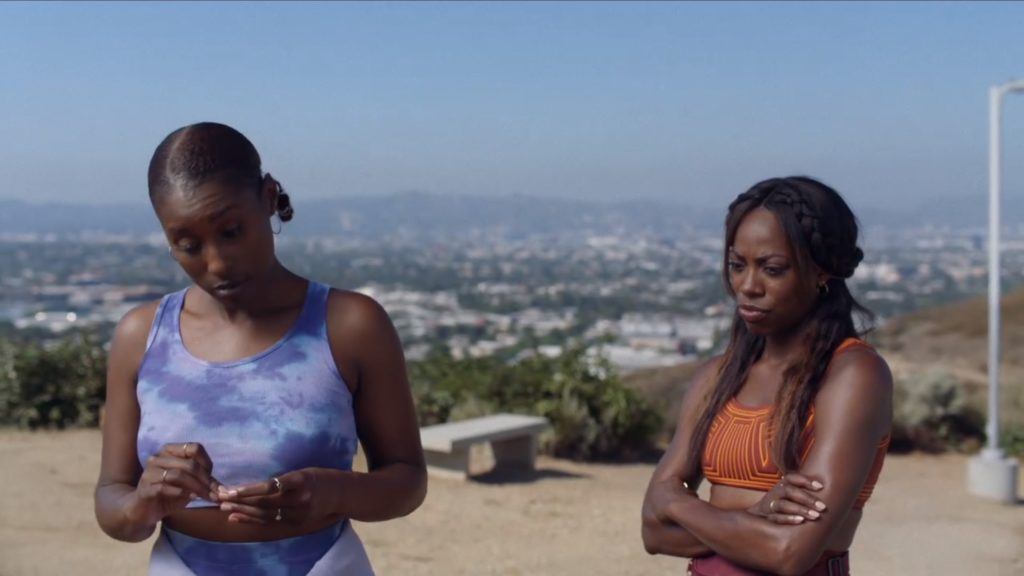 TSA Upside-Down Cake, booty buttons, and BAPS. Again, I say… I got nothin’ but love for the full-size representation. Whoever in the hell thought up “booty button” got some ‘splainin’ to do. Had me DYING! When it came down to the Halloween costumes, all the ladies were bringing it (see what I did there), but Kelly for the win! You better BAPS better than Halle Berry, Boo! Kelly may not have thought out the practicality of them pants, but who the fuck cares about sittin’ down when you knockin’ folks dead on they ass with realness. Booyah! 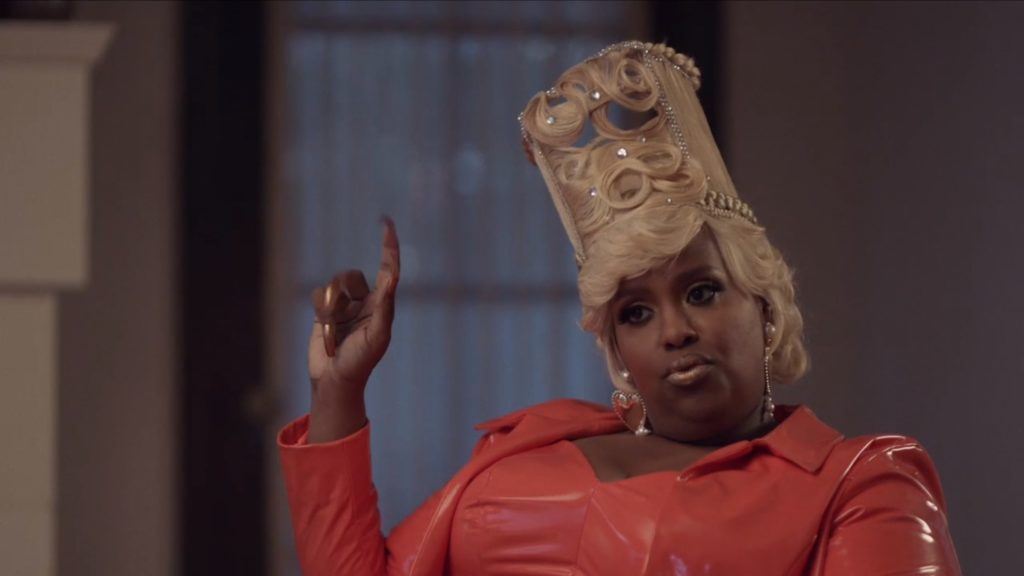