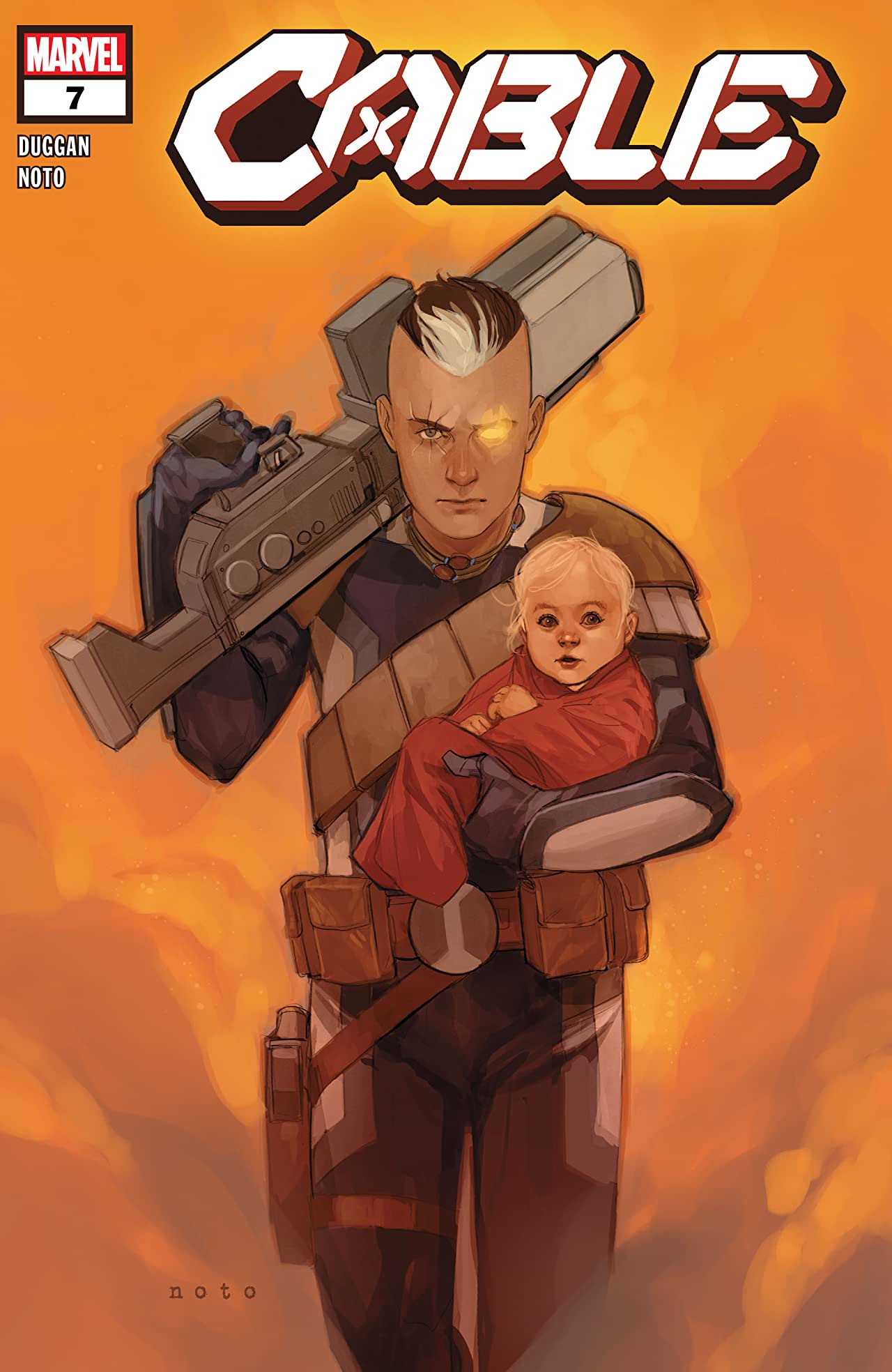 One of the things the X-Books have been good at recently is the aftermath of the “X of Swords” event. No matter how you feel about the execution of the event itself, the books that have come after so far have made the whole thing feel more alive like this is something our Krakoan heroes have to acknowledge along with the scars it left. This is the main thing I took away from Cable #7. Still healing from his colossal defeat in the Otherworld Tournament, Nathan doubles his efforts to locate some missing mutant children abducted by a creepy X-cult. But while the premise seems gritty…at its core, this book is surprisingly heartfelt and engaging for a title based on a character created by Rob Liefeld. More often than not, the approach is less like a superhero comic and more like quirky FX drama. Even the hard-boiled police detectives teaming up with our heroes on the case read like Vince Vaughn and Owen Wilson rather than Morgan Freeman and Brad Pitt.

The action is mostly street level but still fun in its own down-to-Earth way. Cable and Rachel make for a fun team-up with lots of chemistry, but the real highlight is the rest of the Summers family bonding, communicating like healthy adults, and not superheroes looking for the next fight. Meanwhile, the artwork Phil Noto brings to the table works perfectly in concert with the lighthearted script Gerry Duggan gives him to work with. The detail in the line work mixed with the charming color palette make the Summers Home about as Rockwellian as one could ask for in Krakoa.

Bottom Line: This book is a testament to the unexpected variety in approaches to storytelling that come from this brave new direction the X-franchise is headed in. Worth every penny.

8.5 comically oversized assault weapons out of 10