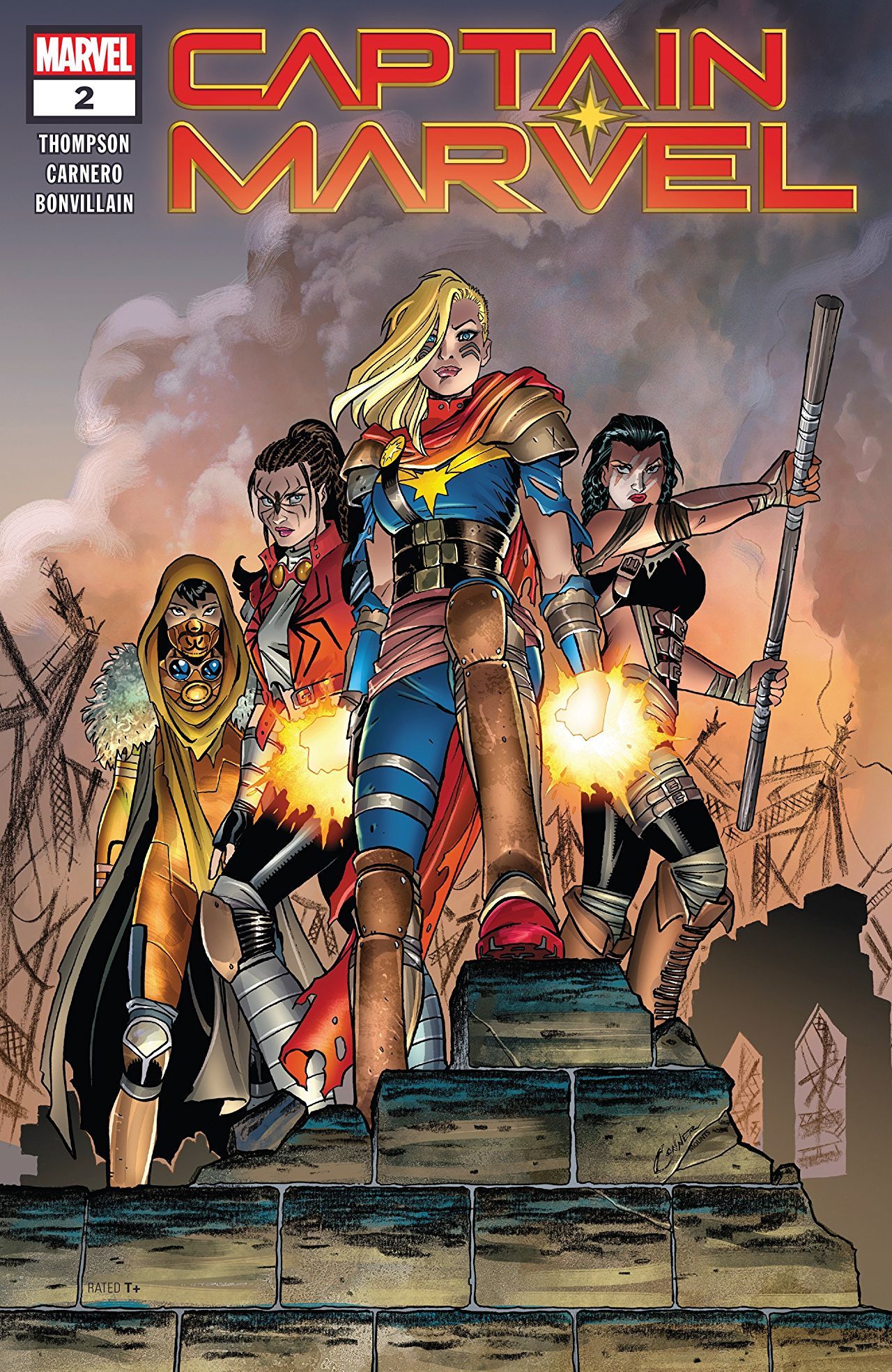 We open on Captain Marvel punching it up with Nuclear Man inside some kind of time/space bubble on Roosevelt Island. The whole island appears to be in rubble, the sky is red, there’s a mysterious green mist off in some direction. The apocalypse as come and gone.
Out the door, I’m going to admit I don’t know where Roosevelt Island is (context tells me NYC), so the sense of scale and threat in this issue of Captain Marvel is muted for me. I mean, is losing Roosevelt Island a big deal? That’s only the first question of the many that this rough issue brings to mind. 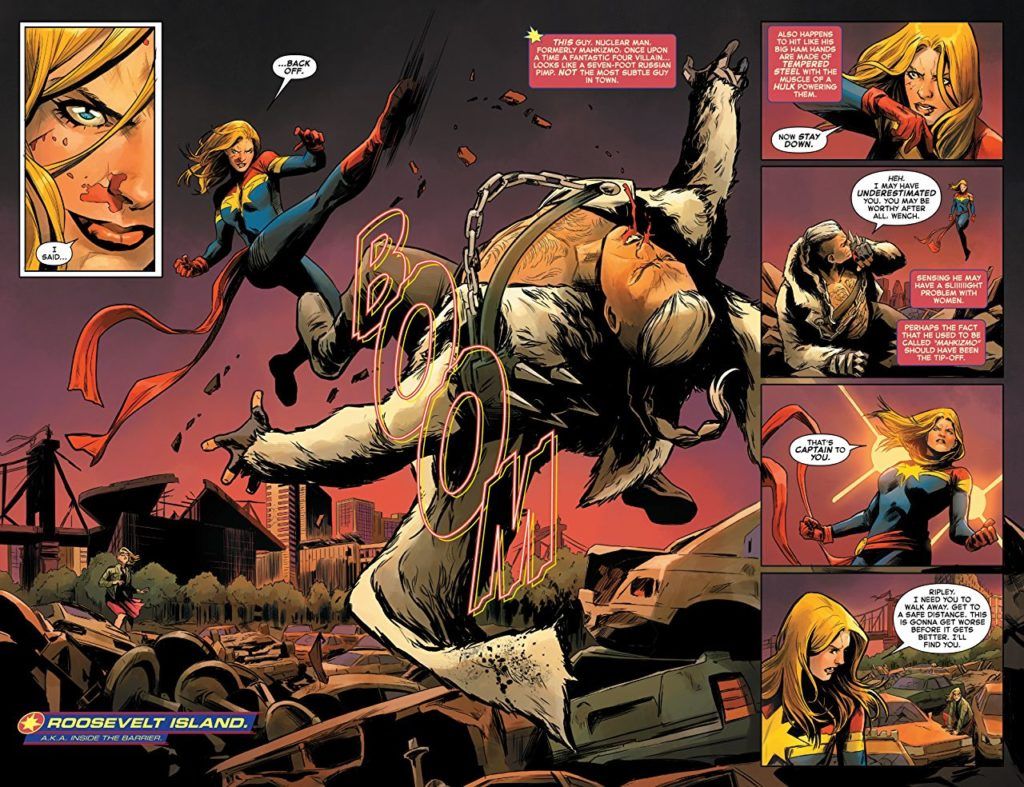 There’s plenty of Sparklefist power on display. Well drawn and well paced, with Captain’s trademark “hit me with your best shot” quips littered properly throughout. That part is all textbook. The challenge here is in the scenes between the punching. The exposition of the situation is awkwardly given — there’s a bubble on the island that keeps men out and women in, with some kind of time-dilation effect as a bonus — and doesn’t actually reveal how some of the more obvious aspects of the problem. The cast of supporting heroes, bestie Spider-Woman (Jessica Drew), Echo (Maya Lopez), and Hazmat (Jennifer Takeda), has an interesting cross-section of powers. They are unfortunately, wasted. All we see of them here is them using guns against vaguely drawn robots. There’s some talk about the island *also* having power-dampening effects, but it seems randomly applied. And if the supers aren’t super on the island, why are they the only ones fighting? While all the other “normal” women and girls hide out in a bunker? Like I said, questions. No answers.

The villain, Nuclear Man/Mahkizmo, is too on-the-nose to be either threatening or interesting. This is not a guy destined for the Villain Hall of Fame. He’s just there to lead Carol and Corp to a bigger bad, or to give them a chance to throw punches while feeling good about fighting a misogynist. Fun fact, most misogynists are harder to spot. Not a lot harder, but still.

The end of the issue reveals a further complication. Hopefully that’s the last thread, so that Thompson and crew can get to weaving this together into a story worth reading. This is a weak issue overall, but one that lays promising ground-work. Sometimes a story stumbles out the door then finds its feet after a few issues. I’m willing to say that’s the case here.