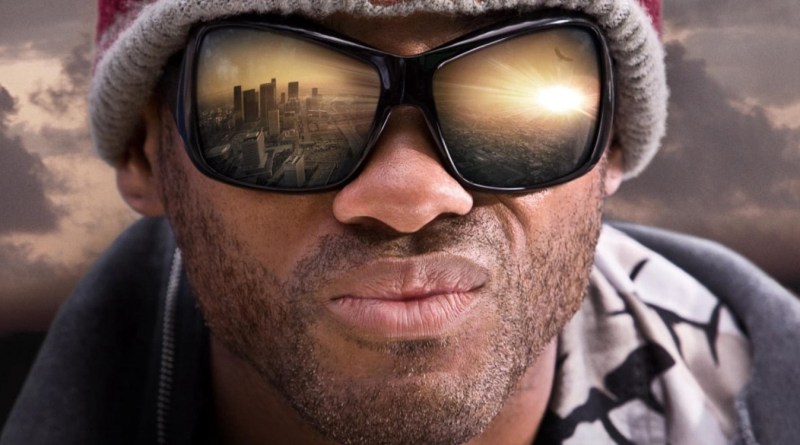 Someone asked me recently if I’d been keeping up with The Boys, the Amazon series based on the Garth Ennis comic series. The truth is I haven’t been in a hurry to watch it. I feel genuinely burned out on the “superheroes are terrible people too” subgenre within the increasingly substantial compendium of comic-based TV and film projects. Ask anyone who has read enough comic books and I’ll wager you have a 50/50 chance of hearing about this very same fatigue. However, the fact that this variation on the superhero myth is currently so popular has led me to reconsider content that went down this path before it was fashionable. For some reason (aside from the fact that it came on MTV recently), Hancock comes to mind.

As a refresher, Hancock is about a drunken and destitute superhero, hated and resented by most of the city for the Man of Steel magnitude of damage he does while sloppily saving the day. One day, he saves the life of an optimistic yet down-on-his-luck PR consultant who decides to take a chance and help him revamp his image.

There were a few reasons I suspect that Hancock didn’t quite take off with audiences. For one thing, it debuted in theaters a month after Robert Downey Jr’s Iron Man assaulted the box offices for the 2008 Summer. Also, I would speculate that fans of the genre weren’t quite ready to embrace a superhero with no comic source material within pop culture. Although not everyone who watches these movies is a comic reader, we naturally attach superheroes to comic books in our minds (especially in a year when the two biggest sellers at the time were Batman and Spider-Man).  Without that historical context, it just comes across as something less than organic, churned out for the single purpose of a studio ‘keeping up with the Joneses’.

The other thing is that the titular hero, John Hancock, was played by Will Smith. Don’t get me wrong: that’s not a diss to The Fresh Prince’s thespian skills as a thespian, but we’re at a point where he’s bigger than any character he’s likely to play. It’s the reason Robert Redford never played Superman like the studio originally intended. Because the director knew that the audience wouldn’t see Superman. They’d see Robert Redford As Superman, a difference comparable to Rick James versus Dave Chappelle’s caricature of him. On top of all of this, Hancock got a little weird on us as the movie went on (more on that later).

Hancock wasn’t really as bad as the mixed reviews (partially affected by the aforementioned issues) would have you believe. In fact, when you look a little closer, there’s some real meat on the bone. For one thing, it goes out of its way to interrogate the wholesale destruction that comes from superhero antics in a way that not many movies do. I mean, sure, the ever divisive Batman V. Superman: Dawn of Justice sort of uses the Supes v. Zod battle as a starting point for Batman’s grudge with Big Blue. In a way that didn’t make much sense. After all, the majority of the damage doesn’t come from the final battle as much as it does from the “world engines” set down by the bad guys to turn Earth into a new Krypton.

Meanwhile, the carnage Hancock causes follows him for the first act of the movie. There isn’t a single thing he does at any point prior to his makeover that isn’t destructive. Right down to his botched superhero landing from his typically boozy flight. Taxpayers hate him even after saving lives from a traffic jam over oncoming train tracks. Kids hate him enough to curse at him while he’s sleeping off a hangover on a public bench. I’m sure it has to do with him launching a child into what I can only describe as escape velocity. The vitriol he receives from the city only seems to further enable his own self-loathing. Hancock is one of the few superhero movies I know of that doesn’t cheaply use “jerk culture” as the backdrop for the hero’s journey. It leans headfirst into it.

In no way am I a Hancock Stan. It’s a little too lewd at certain moments, the hero gets a shorter end of the stick than he deserves, and the whole thing completely descends into madness about sixty percent in and the reveal of Hancock’s true identity is…Slightly dubious (see above photo). So, I’m not saying this is a perfect film, by any means. I’m also not advocating for mediocrity. But we’re in an era where it’s clearer than ever that the demand for Black heroes can’t be ignored. We’ve seen our share of potentially viable movies fall to the wayside too quickly when their white counterparts were allowed undeserved stays of execution (there were three Transporter movies, think about that). We should definitely be taking a second look at these films with the eyes of a more savvy audience. And Hancock is as good a start as any.