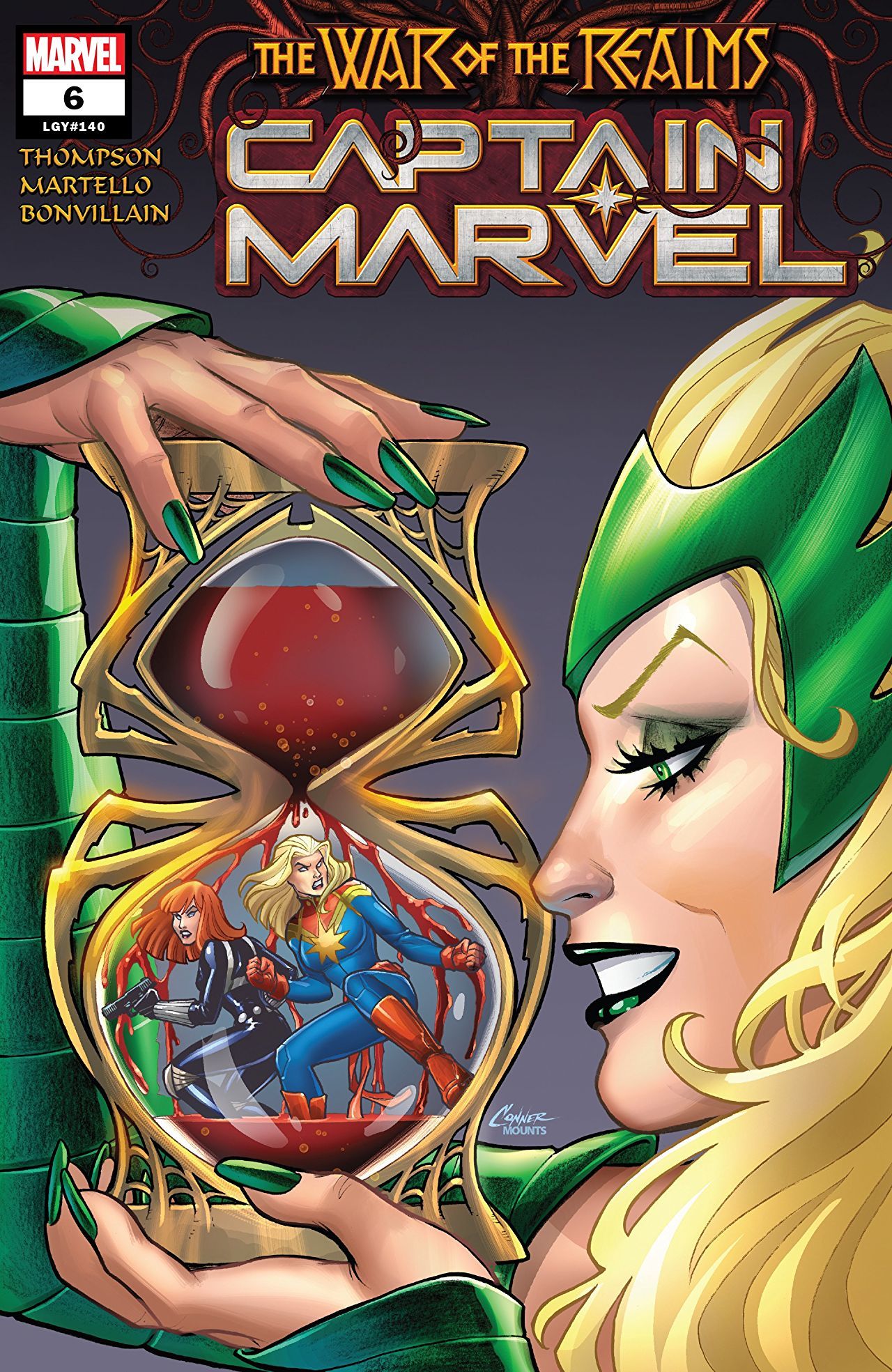 See…this week’s Captain Marvel is why I don’t mess with cross-over events from Marvel.

Overall, I hear good things about The War of the Realms event. Aaron and Dauterman are killing it on the lead, and several of the tie-ins are fun. Some of them aren’t, however, and this issue of Captain Marvel #6 is in the “not fun” category. I don’t particularly blame the team for this weak issue. They have to play with the hand they’re dealt, but if this was a hand of Spades I’d have called “Board” and put my hand down.

This issue teams Carol up with Natasha and Steven Strange in Brazil. Yes, that’s a pretty strange trip alright. Through a peek at destiny, the threesome get together to take down Enchantress. Enchantress has become the Queen of South America in the wake of Malekith’s invasion of Midgard. Upon meeting up with Enchantress for their date with destiny, magic happens and bodies get switched. What follows is generally amusing, if also not terribly compelling. Natasha continues to be cool and professional while the other two yell and storm around like toddlers. Immature toddlers. It will take an act of magic and destiny to make this team-up work.

I do have to say that I love Thompson’s thing of every time Carol meets another hero from back in the day she says, effectively, “Wow, I’m glad you’re not dead!” Or “Wow, you’re back from the dead!”. This is about the most appropriate thing to be said in a comics house that loves to kill characters only to resurrect them in increasingly bizarre ways. 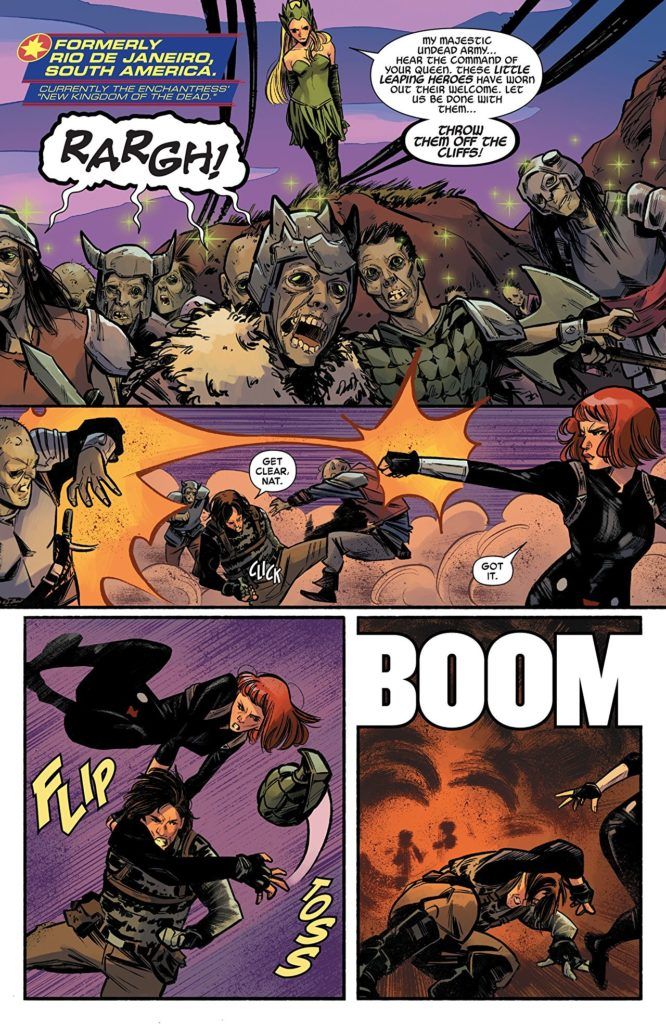 The real deal breaker for me is the art. I already dislike it when guest artists come in and disrupt the flow of a book. In this case, it is particularly bad. Bonvillain’s candy colors are still anchoring the look, but the drawing itself isn’t up to snuff. Torsos twist in unnatural ways, facial expressions are more like suggestions, and the backgrounds are generally non-existent. It isn’t fun.

Overall, The War of the Realms tie-in will all be over in another issue. Camero will be back on art, and we can get back to Carol being Carol (maybe with some more new heroes at her side). If you’re not reading the rest of The War of the Realms, maybe skip this one and come back around for #8 in July.