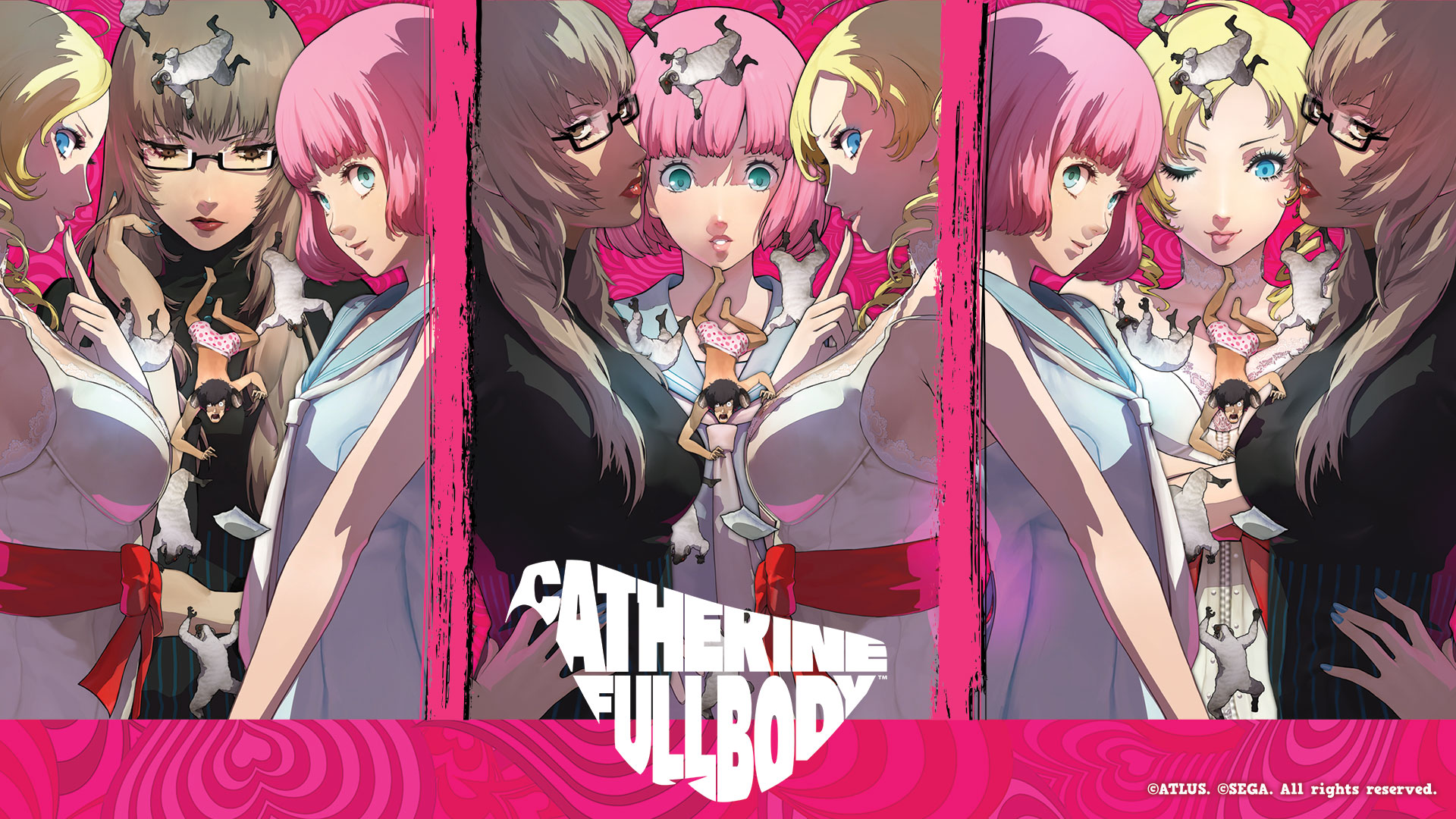 So the only experience I had with Catherine was a demo on the Xbox 360, and my immediate thoughts were “this is just a weird version of cube-hopper.” However, years later, after getting into Persona and loving it, I figured I’d give Catherine another try since it’s an Atlus game. First thoughts of it, it looks good. Better lighting, model, and texture upgrades. I was into it. Then I dug deeper into the game, completed in a few days, and was left with “WTF did I just play?”

As someone who didn’t play the full game when it first came out in 2011, I didn’t know what I was getting into. I was going into this somewhat blind. For those like me, Catherine: Full Body is a mixture of a visual novel, block-hopping, tower-type puzzle, and – I guess – a dating simulation? I know man, things got weird.

You play as Vincent Brooks, a 32-year-old who works during the day and drinks at the Stray Sheep bar with his friends at night. His life takes a big turn when his girlfriend Katherine announces she’s pregnant and ready to take the next step in their relationship. Vincent then meets this random, flirty girl name Catherine (with a C) who personifies everything Vincent will be losing if he fully commits himself to Katherine. As you can imagine, Vincent cheats on Katherine with Catherine. Yes, I know how it sounds. Afterward, his world is turned upside down.

Due to his infidelity, Vincent begins to experience weird nightmares where he has to climb a tower made of blocks. He has to move them around in order to reach the top – all while evil forms from his subconscious are trying to drag him down. This takes a toll on him as we start to see him slowly lose it. He’s dealing with the stress of hiding the fact he cheated on his girlfriend, trying to resist Catherine’s multiple advances, and coming face-to-face with possible death every time he falls asleep.

On top of all of that, we’re introduced to a new character, named….yes you guessed it…Qatherine but with a Q. At this point, I was like okay, ya’ll are doing too much, or not enough. Luckily, her nickname is Rin which was…helpful. Anyway, she moves next door to Vincent and starts playing piano at the Stray Sheep and then in Vincent’s nightmares. She also gets woven into Vincent’s love affairs and becomes another of his romantic interests. As you can see, he has a thing for girls whose names sound like Catherine. All of this happens over nine days.

A round of nightmares…on the house

Visually the game looks good. It’s slick, clean, great color schemes and the character designs are dope. You are given downtime at the Stray Sheep bar where you can drink endlessly, play some tunes on the jukebox, answer text messages and calls, and converse with others in the bar. Chatting with others gives you deeper insight into each character and the reasons why they’re experiencing nightmares as well. It also makes sense to speak to them as you, later on, meet them again in your nightmares but they’re sheep. Supposedly, your choices in conversations affect the story later on, but that wasn’t distinctly shown to be. Granted, I only went through one playthrough.

As a person who loves puzzles, that feature was pretty cool! It was addictive and ended up being challenging enough where I felt rewarded after completing each one. What also added to the excitement and made it a bit creepy was the fact that while trying to focus on solving these puzzles, there are creatures from Vincent’s subconscious chasing after you trying to bring you down. Luckily, there are techniques you learn from others trying to climb their way up alongside you. These techniques help you master the way you handle the blocks, so you escape with ease. You can also undo your last move depending on how many undos you have left. After you start to get the swing of things, they start to turn things up a notch by throwing in different types of blocks such as ice blocks, bombs, black holes, cracked ones that break after you step on them a few times, and ones that bounce you upwards.

Overall, the game was okay. The puzzle feature is the only one I enjoyed. The script felt forced and stale. While some of the conversations were somewhat funny, the majority of them felt dead, tiresome, and overly dramatic. I must say though, it was definitely visually appealing. The different environments from the bar, Vincent’s room, and his nightmares definitely amped up the game. It was also cool to play Persona music on the jukebox, so there’s that.