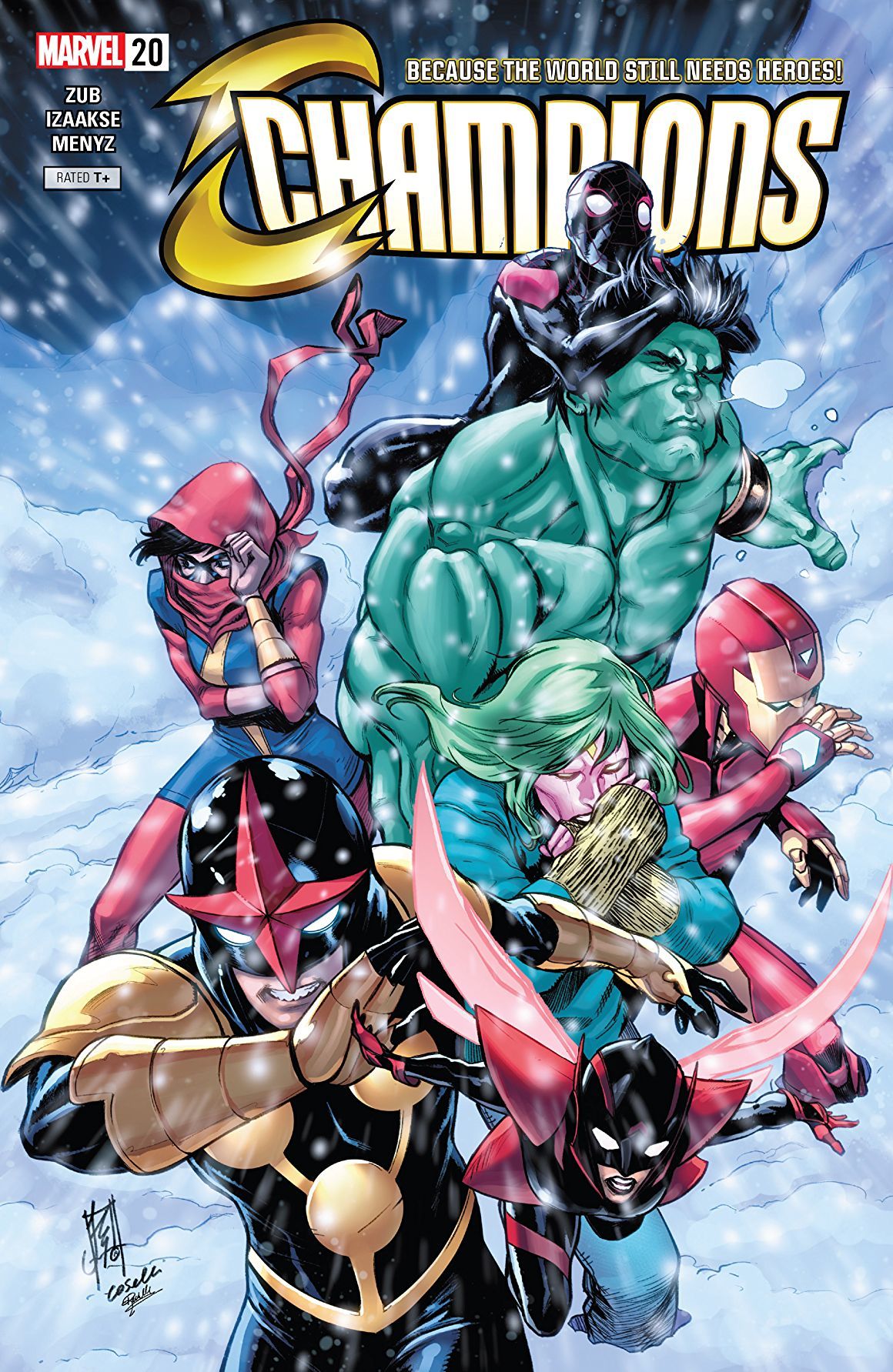 Champions #20 presents an interesting dilemma. What do you do when the bad guy is doing something good, so he can do bad, but at a later time? Like 100 years later. Is it your problem? Well, when the bad guy’s name is as pretentious as “Master of the World,” I think I’m willing to just call it a dub and clap him anyway. However, the Champions are more the “ask questions first” type of group, making them better people than I am. 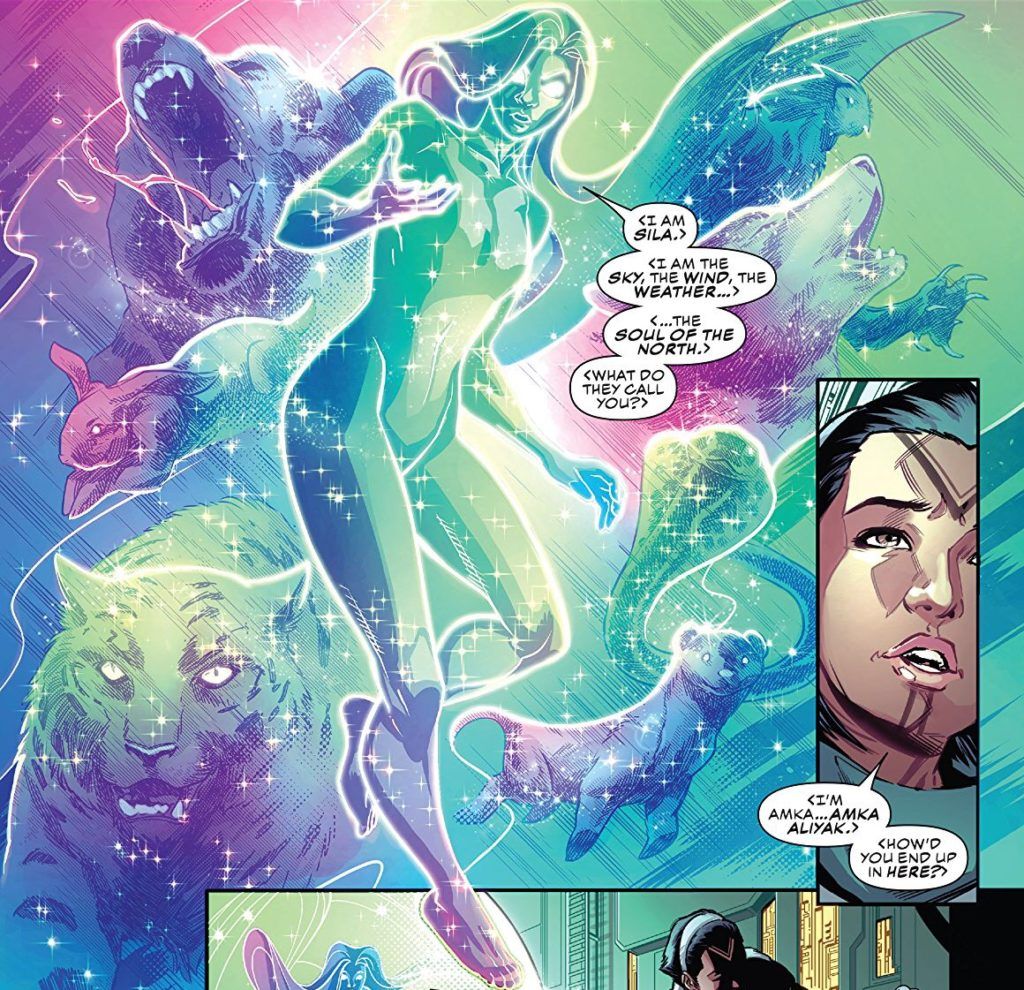 As we saw at the end of the last issue, Nova took on the full force of a laser blast through the chest. As the fighting continues and the villain reveals himself, the Champions end up having to come to a compromise. Here we see the team do what they do best and actually try to analyze the situation like adults – or at least like adult heroes should do – instead of escalating it.

Honestly, I really like that writer Jim Zub is going back to mission statement for the Champions. It’s refreshing to see them throw down when they have to but consider everything that is happening, especially when it concerns civilians. While the villain’s agenda seems on the up and up, the people of the community still have something the say about it, which the team has to consider. Their adventures are often reflective of the complex nature of most real world situations. I like that there is never a simple answer to the things that they encounter. 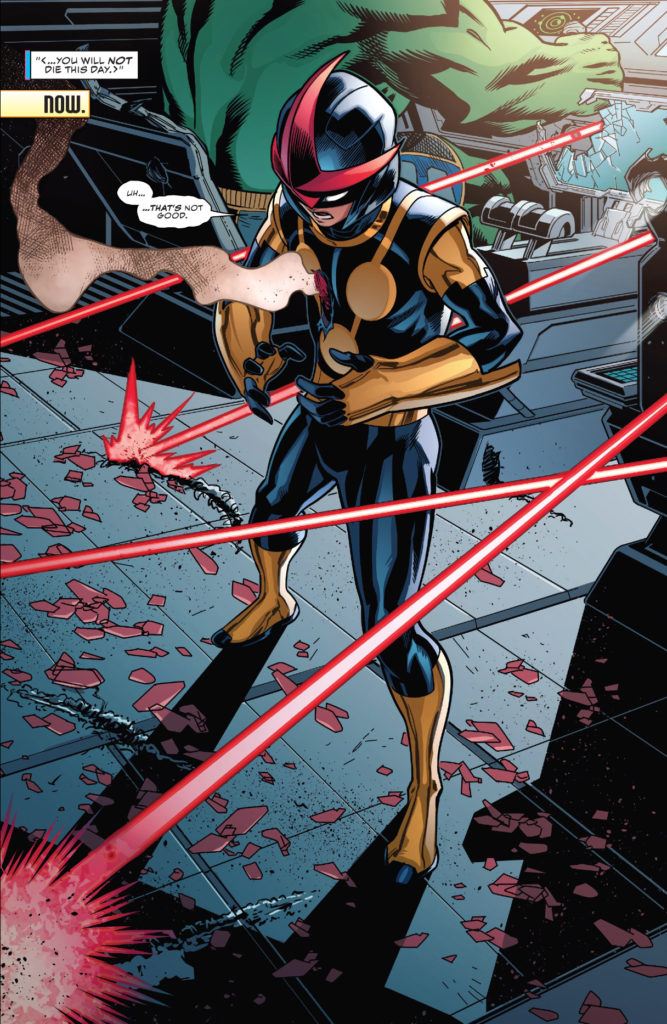 Unfortunately, the early action sacrifices some of the great character development that we saw during the last issue. However, the action is fun and frantic and a couple of funny one liners more than make up for it. Izaake doubles down on showing what he can do with the team’s powers. He does an excellent job of representing all of their power sets, as well as drawing the mystery girl in the bubble, whose look I’m loving. Also, I peep that Champions winter gear that Kamala and Miles are wearing. We need to start to a clothing line.

I’m digging the return to form for Champions, the new line up and creative team. I have some thoughts about the end of this issue but overall I like what I’m reading and ready for whatever Zub and Izaakse throw our way.

8.5 Champions: The Next Generation Problems out of 10