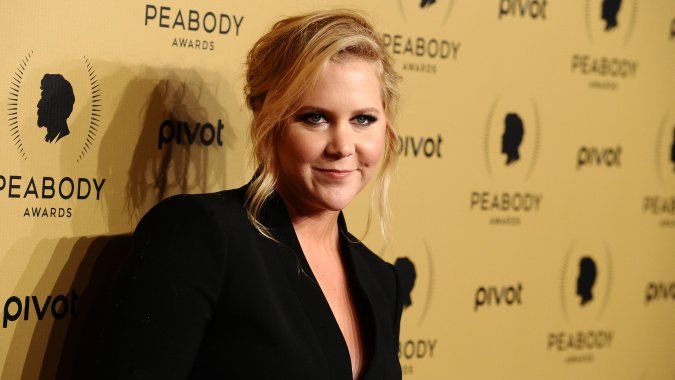 ***Please note this article was originally published in July, 2015. However, with Amy Schumer and her most recent endeavor in racist rhetoric, this will never be an outdated discussion.***

I don’t get the concept that something can’t be offensive because it’s comedy. I mean, I get it, I just never agreed with it. Comedy, or rather being a stand-up comic, is to me the most difficult mainstream performing art there is. Even bad singers can seek technological aid at some point, but you can’t lip sync how funny you are. And being a stand-up comic is even more difficult because you often have no idea if you are any good until you’ve put yourself out there, naked, for the world to judge you in the most subjective way. So, I get where this idea of giving comedians as much rope as possible because of how hard the job is comes from, but let’s also consider the origins of who that applies to.

Those “rules” or guidelines were established mostly by White male comedians who wanted the whole board to play with, and to be protected from scorn if they went too close to, or completely jumped over, the line. Which isn’t to say that comedians of other races or genders didn’t take advantage of that status quo — Eddie Murphy’s “Raw” is titled that way for a reason — but let’s not pretend the doctrine of giving comedians room to be offensive came out of nowhere or was floated down from the heavens. [quote_right]”Personally, I am grateful for many of the subjects that Schumer tackles and hope they do become more mainstream from other artists and performers.”[/quote_right]

The other reality here is that there is no bigger controversial topic to talk about in any entertainment medium than race. Doesn’t matter if we’re talking about who gets cast in a movie or who gets to do what music or comedy, race often plays a big part of the conversation. Now plenty of us are fine with that because we know how to navigate, but many more aren’t, which is where the friction rises.

So yes, we’ve been talking about Amy Schumer for the last couple of weeks and the racial insensitivity of her jokes. There’s been basically two reactions: “I’m a huge fan of hers and it disappoints me she has taken this stance when it comes to race,” and “hey, it was an oversight, let’s give her room to grow up some and face this in her way.” Both make me roll my eyes pretty hard, but that’s basically because when it comes to Amy Schumer on a micro level, I just can’t summon enough care. The folks that have taken a measured “this disappoints me” stance with Amy have felt the need to preface their critique with “Now I love Amy and she’s amazing but…” which is, in itself, a pacification. It’s basically the same as the the “give her time, she’ll figure it out” stance, except the disapproval is on the front end. I imagine that as a society, we’ve become so conditioned to the simpletons of the community derailing a larger point because you didn’t pay homage first. The same way you can’t say that someone is a great basketball player without first stating that LeBron James is THE BEST basketball player.

[quote_left]”I’m also fatigued on this concept of the White feminists that gets to ignore intersectionality.”[/quote_left]But I get it, Amy Schumer is a symbol and a beacon, especially for liberal and progressive folks. Her comedy doesn’t hint at or imply a critique of patriarchy or rape culture, it puts on its shoulder pads and runs full speed into it, and of course that is admirable and can’t be understated. I also think that art, in this way, has so few acts that are both aggressively progressive and popular, that folks on the left (myself included) have a difficult time being too hard on them because we want that movement to keep speeding forward with as few bumps as possible. The disappointment is with the artist, but even more so in the idea we might have to jump off this train that had the potential to bring awareness to something we care about.

Personally, I am grateful for many of the subjects that Schumer tackles and hope they do become more mainstream from other artists and performers. I’m also fatigued on this concept of the White feminist that gets to ignore intersectionality and is willing to fight for women as long as they look and think like she does. I mean, we see this often enough, don’t we? Even how the story was broke in saying Schumer has “a blind spot when it comes to race” is a softball for what she actually said. She joked that Latino men had a hereditary disposition to being rapists. That’s not an oversight. That’s some racist shit.

So yes, THAT racist joke was two years old, but when challenged on it, her response was that it was funny and she knows it was funny because people laughed. Well, she is half right, with a pretty big omission. She forgot to add “White” people laughed. A fairly large distinction. I’m not sure how that’s any different than Daniel Tosh making rape jokes while several men laughed at them in the crowd. Outside of Schumer’s generously labeled “blindspot” (like her video skit making fun of rappers and objectification of women, but still, using Black women’s bodies to make her joke), we can’t act like this is something new that we engage in. Which is politely asking comedians to stop being racist.

Again, I don’t come to bury Amy Schumer. I don’t consume much — if any — Schumer content now, and nothing about her racial insensitivity is going to push me one way or another (in other words, I won’t go from not watching her to openly boycotting her). But there’s a lineage to this behavior that crosses into comedy, but really plays on a much larger narrative in our culture. The simple reason that Schumer can make some racist jokes and then respond to the critique by telling people to get over it or throwing a block party on Twitter is that she simply doesn’t care.

Now, on the surface, that makes her sound like a monster, but that’s not the case. It’s basically standard operating procedure. I don’t think for a second that if Amy was asked directly if she thought that all Latino men were born to be rapists that she would double down on that aged joke, but I also think she doesn’t care if she offends POC with said joke. In all honesty, she doesn’t need them. While the many comparisons of Schumer to other very problematic people in the news of late (like Donald Trump, mostly because of the timing of his racist comments towards Mexican people) are a bit hyperbolic and ultimately aren’t that productive past extending the conversation for a couple of days, her behavior is consistent with the calculated risk that so many celebrities take. Namely, that the outrage of the already beat upon minority don’t really matter in the big scheme of things.

[quote_left]”There’s also this belief that you can’t joke about race or race is this taboo concept that you have to be controversial to discuss it.”[/quote_left]When Schumer says that she’ll keep doing jokes like that because they are funny and people laugh, what she’s really saying is “I don’t need those people to support me because they don’t play a role in how successful I am.” Essentially, White people got her back. Take a look at the Huffington Post feature that was light on their critique about Schumer’s comments, but quick tell everyone to calm down when the critique ventured into territory they didn’t agree with. Or Upworthy patting Schumer on the back for responding like a sensible human well after she had stonewalled the critique, blocked people from even calling the question, and in general being defensive as fuck previously. I’m sure the growing dissent in the lead up to her movie premiere had nothing to do with that. Mind you, Huffington Post and Upworthy are two very liberal, very White publications.

This is the place where certain comparisons do make sense. How many times have we heard some Republican politician make a horribly racist or sexist statement and think “well, they’ll never recover” and yet, there they are getting re-elected or taking on more responsibility? It’s because they have made the (correct) guess that sometimes, most times, they don’t need our approval. Trump can lose a dozen really large endorsements, but guess who is still running second in polling amongst Republican presidential candidates? Guess who the Republican Party won’t denounce for being racist? And that’s the root of it. The minority can be as outraged as they want, but if the majority is either apathetic or in staunch defense of that behavior, then the outrage just becomes noise. And per usual, the noise will dissipate eventually. So the question isn’t “how can someone make racist jokes with little repercussions in these situations?” The question is “why don’t more White people care to make a bigger difference?” This is the same pivotal question you find in conversations about how the Confederate Flag can fly over a large part of our country with impunity for so long, or why the burden of racism is on the minority party to fix.

There’s also this belief that you can’t joke about race or race is this taboo concept that you have to be controversial to discuss it. That’s just blatantly false, but you definitely need a superior skill set to do it. Not everyone can be Louis CK and not everyone needs to be, but I would hope that other comedians see how he navigates race masterfully and take note that the way forward isn’t be the bull in the China shop when discussing it. Louis addresses his own whiteness and the whiteness of society as a whole in such a way that POC laugh and nod while White people laugh at the their own privilege as well (or at least cringe under their smile à la Jay Leno). I happened to catch one of my favorite movies on TV other day, O Brother Where Art Thou and the way it handles race and stereotypes in a comedic atmosphere during the time of the dust bowl is remarkable. Race in comedy without harmful and pervasive stereotypes can be done. It is actively done. So why are we expected to tolerate less?

It’s the theory of punching down versus up. People love Amy Schumer when she punches up in her critique of patriarchy and misogyny. So why is there a concerted effort to protect her when she is punching down on People of Color? Basically because she’s allowed to do so. The answer is a simple one. Not an easy answer, but a simple one.