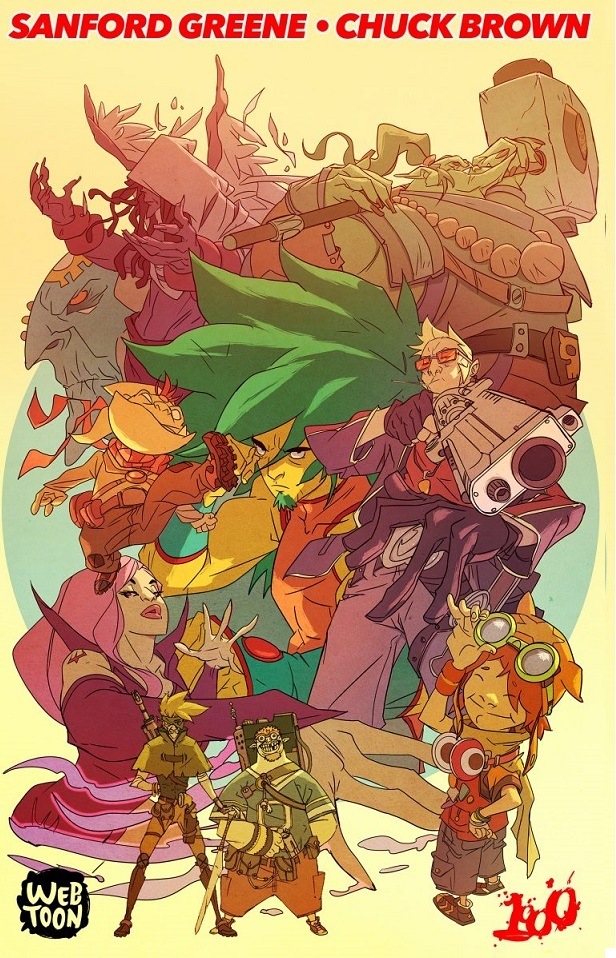 Remember Bright, that awful attempt at social commentary set in a fantastical world full of Orcs, Fairies, and Elves? The setting was actually kind of dope. Present day Los Angeles, but with fantasy elements. Like, we in the middle of Echo Park, but dude over there is arguing with a tiny flying fairy. All of that would-be coolness took a back seat to heavy handed, misguided, and insulting attempts at opening up a dialogue to prevalent real world issues.

Why am I talking about Bright though? Especially since I didn’t like it?

1: Because I want as many people as possible to know how much disdain I have for this movie.

2: Because 1000 by Chuck Brown and Sanford Greene reminds me of what Bright could have been if it didn’t get blinded by its faux wokeness.

1000 is dope as hell. It is set in a world not unlike our own, except there are vampires, zombies, warlocks, dragons, and aliens. On board yet? No?

That’s okay. I’ll tell you the premise. It follows a dude named Son. Yeah, you read that right. He’s the son of a dragon cast down to earth and forced into a human body for “unspeakable acts of treason”. The only way to get his status back as a dope ass dragon is to commit 1000 acts of penance. So homie’s gotta be friendly and do the right thing for a while.

“But you said this reminded you of Bright. This sounds more like one of those anime thingamajigs.”

You’re very perceptive. It does borrow a lot of elements from manga and anime. My comparison to Bright was more from the way that the society of this world is structured. For example, there’s a court scene where they argue the morality of divine deportation. Also, one of the supporting cast members is a vampire. There’s a zombie gang that runs the streets. Stuff like that. Fantasy fused into real-world society. 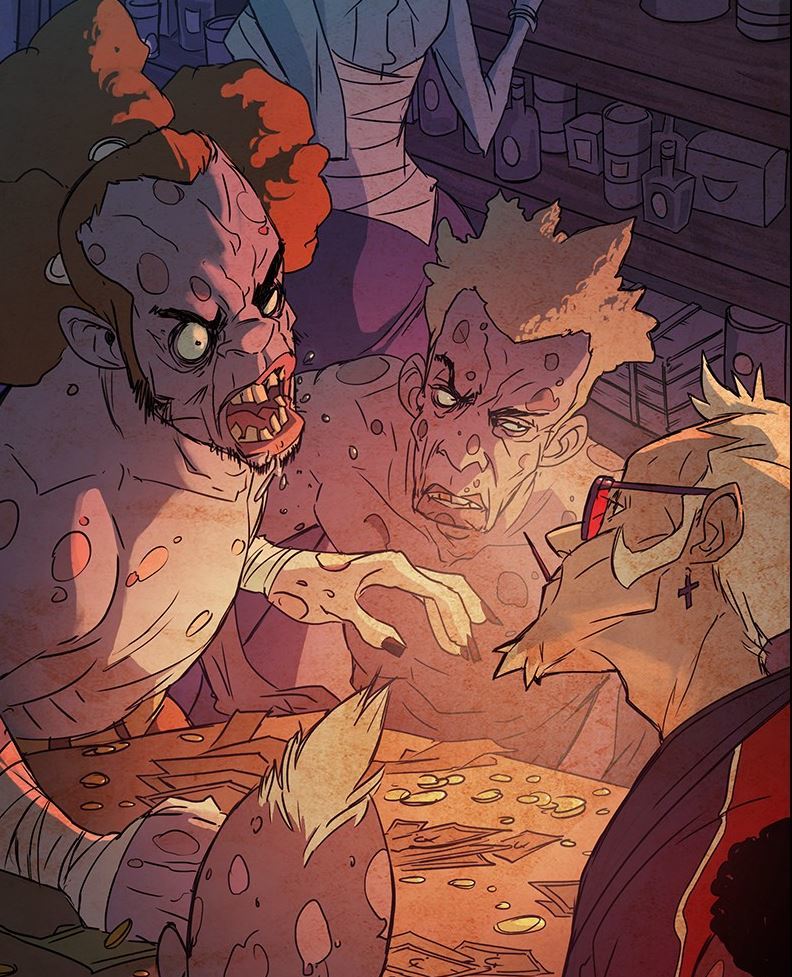 Still a bit on the fence? Damn, you drive a hard bargain.

Well, then I guess we’ll talk about the art. The Trillustration is done by comics vet, Sanford Greene. You may know him from his classic and definitive run on Power Man & Iron Fist that he worked on with David Walker. Personally, I think his strength comes from his line work. The shit is so intricate and detailed. You can tell he does traditional penciling and inking. It shows in the final product in a way that it wouldn’t if it was all done digitally. His art style is a cross between everything you’ve ever wanted and everything you’ve ever needed.

Why are you still reading this review if you still have doubts???

The story opens the floor for mad comparisons to Shinichirō Watanabe’s Cowboy Bebop, and Samurai Champloo with its inspired, Eastern architectural backdrops mixed with modern-day language, fashion, and references. In addition to that, Son reminds me a lot of Goku from DBZ. I mean, look at that hair. 1000 also has music that BOPS. Yeah, you still wanna question this heat??? This comic has a soundtrack. What comic you know has a soundtrack, fam? (There’s probably a few). The beats are pretty good though. They’re done by an individual named Dose. I’d classify it as chill-hop, as it adds a layer to the experience but it’s not invasive and it allows you to still pay attention to the narrative.

1000 is hosted on Line Webtoon, an app and website dedicated to creators who want to get their comics out to the world in an easy and streamlined way. It’s available in the Google Play store & iTunes App store.

Like most titles, 1000 is released episodically each week. It’s on hiatus at the moment while the creative team works on the next batch of releases, but chapters 1-6 including a prologue are available now. Go. Read it now! Be all caught up so you can jump right in when it returns! I don’t care what you say after all of this, there is literally nothing stopping you from reading this comic.

Okay, well I guess I am at this point. So umm… bye.

Enjoy the comic, and don’t forget that Bright sucks.