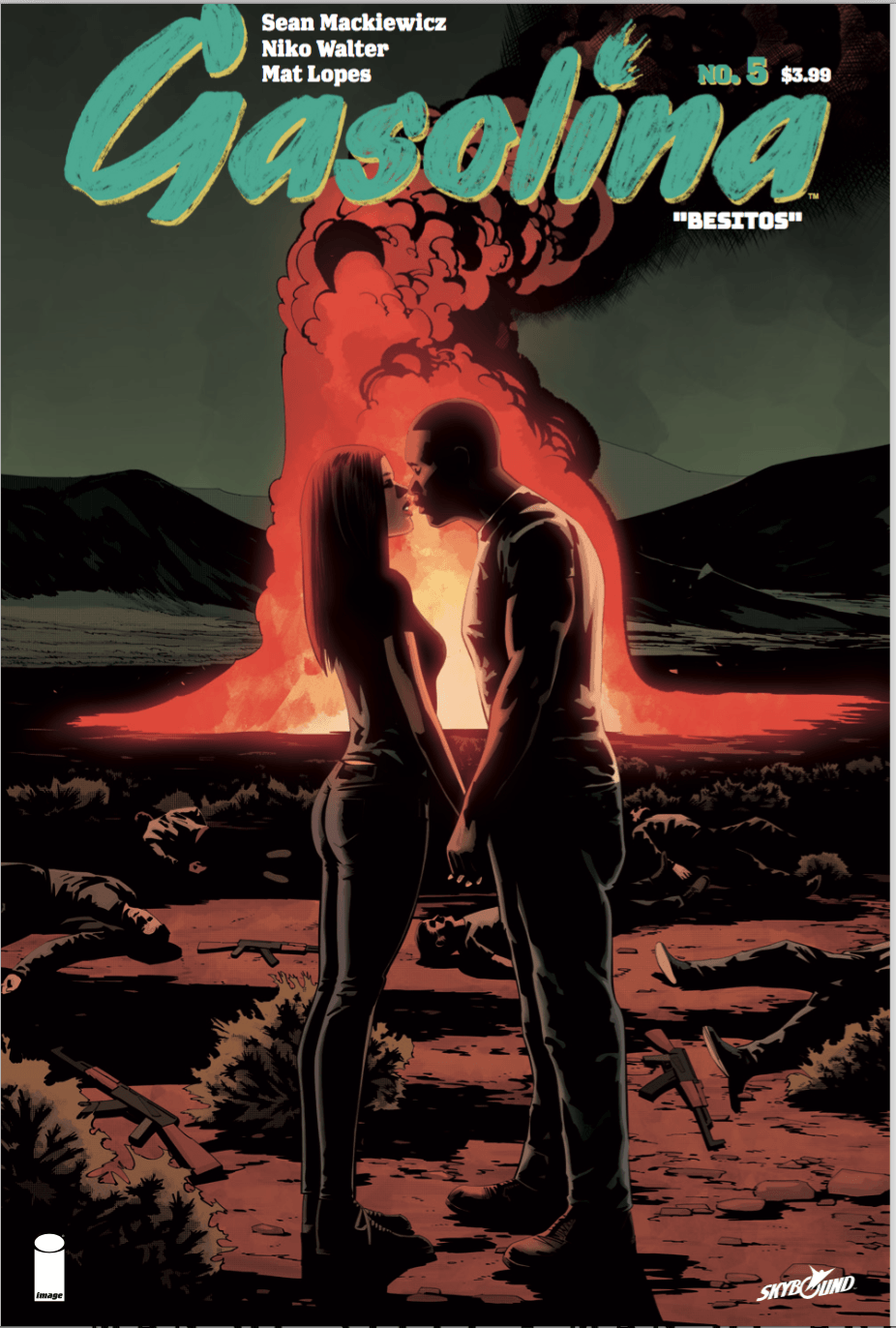 Gasolina #5 pulls out all the stops and goes as full-throttle as it can. Veracruz is literally on fire in this one. Yet, it somehow it misses the mark on what is clearly the end of its first arc. Gasolina #5 neatly ties off the loose ends but without that definitive ‘umph’. It happens a little too neat, and with none of the gravity of the situation built up in the last four issues. If there was going to be a legit payoff – it should’ve shown up here. Spoiler: it only halfway happens.

The La Querida gang shows its final form and tips its hand. Amalia catches a couple more bodies all commando-like. A certain unheard from young person eats the face off of someone with their chest monster. The women of Veracruz (and some of the men) return to town. Literally, every loose end is tied up. It leaves an evidence-shaped absence that demands more be done to satisfy the story. It does the most trying that it can though. It really tries to get somewhere in measuring its balance of genre.

Gasolina #5 falls on its own sword in looking way too clean in putting the pieces of the puzzle together. The issue leads nowhere unexpected. There is so much cultural richness to the geographic location and its people. So much to be explored in Amalia and Randy’s ‘mixed race’ relationship. Plenty of gender issues to engage in. There’s so much missing from the characters and the environment that it begs one to wonder if writer Sean Mackiewicz has done the appropriate cultural research to better flesh this world (and its inhabitants) out.

Crossing horror, crime, local and international politics with action elements has given Gasolina as a whole something to work with that set it apart from most titles. On that same token, the muddled development of all that left a sour taste in my mind. God bless the letters page, where we learn that there is a cultural gap at play and get to see the narrative work in process happen in response to the letters from readers.

Reading Gasolina? Find BNP’s other reviews of the series here.