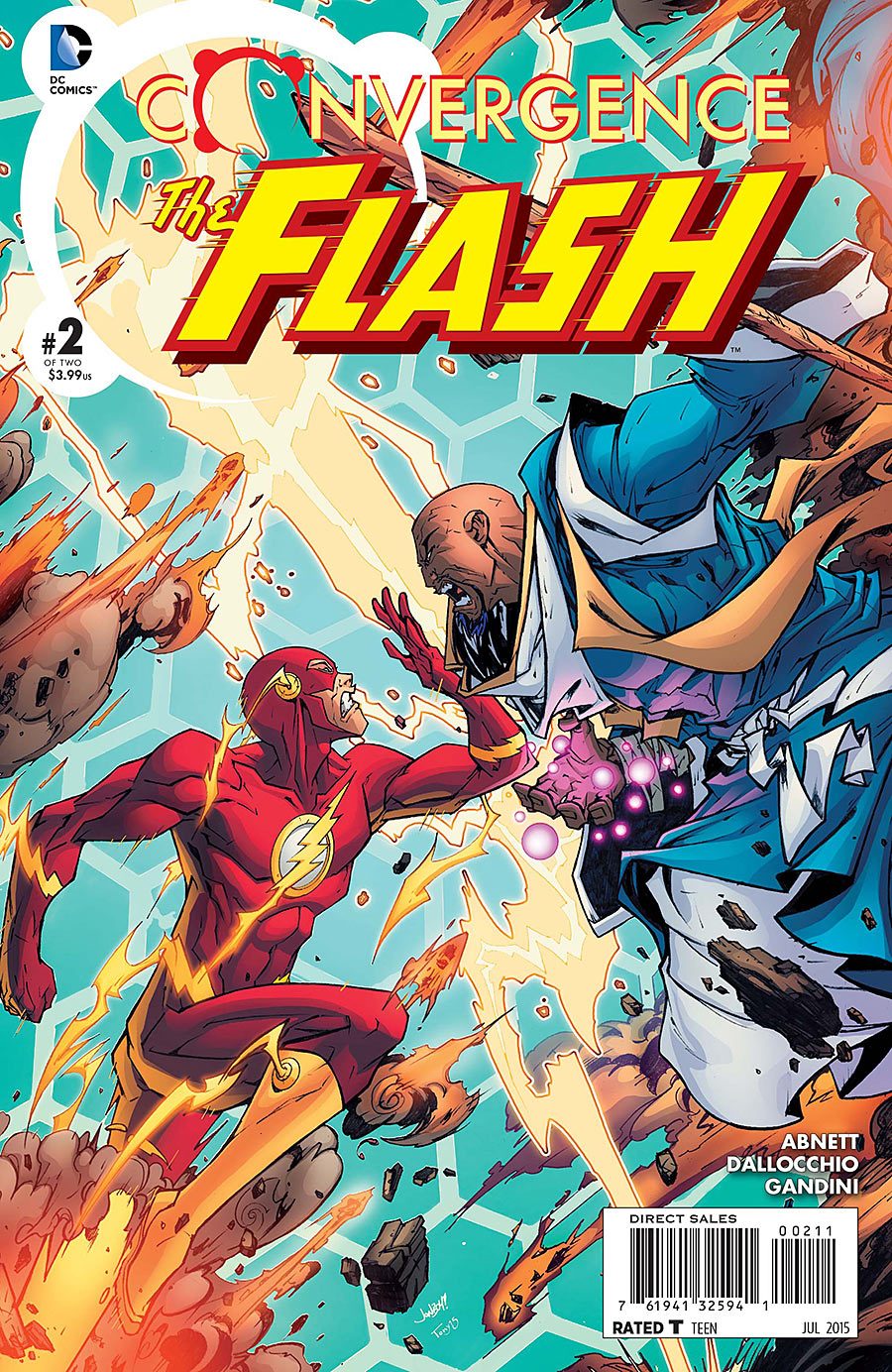 Issue #2 of Convergence: The Flash left me with conflicting thoughts. On one end, its very effective as an individual series and is establishing and rebooting a new-but-old storyline for The Flash. On the other end, it’s frustrating to have to go back a month or so in the Convergence storyline to properly place the events in the right part of the timeline.

As the second of a two-issue tie-in, Convergence: The Flash #2 does what none of the other series seem to have gone out of their way to do. It stepped away from the DC Battle Royale of past, present and future concept that is Convergence and took time to think and explain things.

With his higher understanding of the multiverse, “Tangential” Superman of Earth-9 encounters The Flash after Telos declares the entire planet a meta-gladiator-state. With his high-speed mental processing, The Flash is considered an even match for the psychic alternate Superman.  Instead of immediately fighting to the point of concession, Dan Abnett takes the opportunity to point us in the direction of where The Flash’s storyline will likely go post-Convergence. In case you were wondering, it appears that he’s going to play a key player. 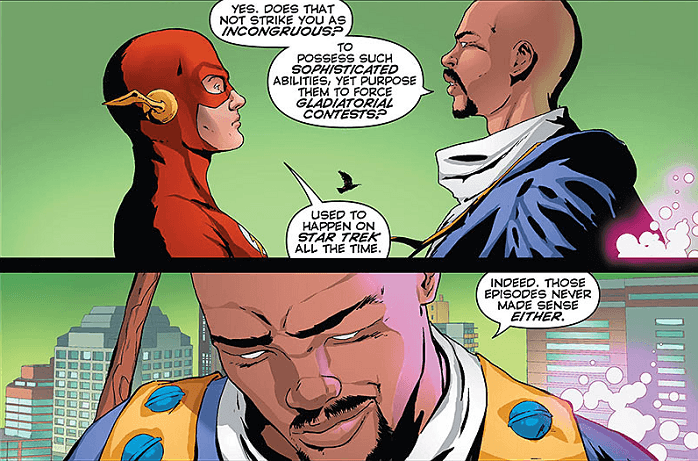 Of course, you still get the obligatory fight scene and face-offs that you’d expect, which take up about a third of the book, but the biggest best parts of this issue came in the explanatory dialogue.

Now for my only pet peeve about this issue. It may just be a point of preference, but I like for my stories to work in sync with each other. The events of Convergence: The Flash #2 take place somewhere between the time of Convergence #1 and #2. Given that we’re already in issue #7 of the weekly series, those events seem a bit removed. The Convergence storyline has moved far past the point of city’s champions fighting for Telos’ amusement. With The Flash’s story taking place when it is, the reader is forced to take more steps and piece together what’s beginning to look like a jumbled, mismatched puzzle from DC.

Issue Takeaway: Tangential Superman is cool enough where I’d like to read about his origin story. I’d like to learn more about the differences between him and the Supermen we’ve come to know well, you know, besides being black and bald. It may not happen, or it may have already happened and I didn’t catch it. But I’d like to know more.